Mitchells & Butlers became a bit of a Brummie institution.  Along with Ansells and Davenports they were the behemoth brewers during my formative years of the seventies and eighties and there was even a terrace song that was certainly sung at St Andrew’s and I suspect Villa Park as well…

“Come to Birmingham you will see, Ansells Brewery, M&B

“We are the Blue (replace according to your team) boys from Brum.”

However, the days of M&B being a huge brewing presence in Birmingham are long gone but, they still have their head offices in the city (Fleet Street) and run lots of pubs under many guises.

Harvester, All Bar One, Toby Carvery and Sizzling Pubs chains are all part of M&B along with Nicholson’s. 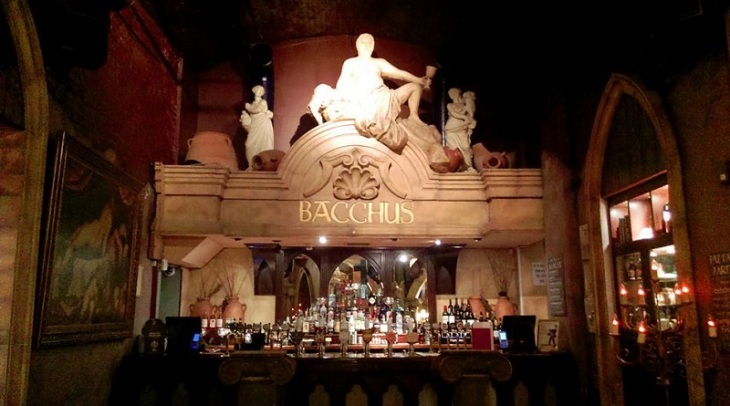 They are still a big company, listed on the London Stock Exchange although they are far removed from where they once began.

However, when they get it right, they can produce some classic pubs.  Henry Mitchell and William Butler would have looked on from their long gone Cape Hill site in Birmingham and been delighted at two M&B owned boozers, I visited during a ‘Christmas shopping spree’ on Saturday night doing their home city proud.

Both are under the Nicholson’s chain but both are absolute classics.  In terms of prices, neither of these pubs would be at the bottom end of the market, nonetheless, they were absolutely heaving on Saturday night.

My pal and I arrived at 115 – Bacchus Bar B2 4JH at around 5.30 and it was about five deep at the bar.  Bacchus is apparently the Roman God of wine and fertility – an intoxicating mix!

This boozer is one you need to search out as it is tucked away beneath the Burlington Arcade but is arguably the closest pub to the main shopping streets and the German Market which offers the perfect antidote to the Gluhwein and Steiner’s of German lager you can buy on New Street.

More articulate wordsmiths than I have waxed lyrical about this place but aside from being on one of the oldest streets in Birmingham dating back to 1398 its décor has to be seen to be believed.

Grandiose and risqué is a fair assessment as there are artefacts from different eras and ages and it is some place.

However, all you really need to know is that it was packed, possibly with Christmas shoppers, and the atmosphere was buzzing.

It also had a good range of beers on; Ubu (Purity) was my beer of choice and it was almost too packed.  That’s never a bad thing for a pub and the staff were coping admirably and there were also people eating in one of the many alcove rooms but this was pretty much full of Saturday afternoon/early evening drinking!

A wander across town from New Street towards Snow Hill station sees you hit another classic boozer, which has been restored with some top notch TLC over the years by M&B.

116 – The Old Contemptibles B3 2HB is, I would imagine, the only pub in England with this name (I am sure Duncan, Martin, Mudgie, Richard, Alan or Si can ratify this?) Apparently this moniker honours “the First World War heroes of the British Expeditionary Force led by General Sir John French, who suffered heavy casualties in holding up the German advance at Mons.”

It’s in a mammoth red-brick Victorian building and there are murals on the wall that celebrate the group of ex-servicemen who used to meet on the site and set up the Old Contemptibles Association. 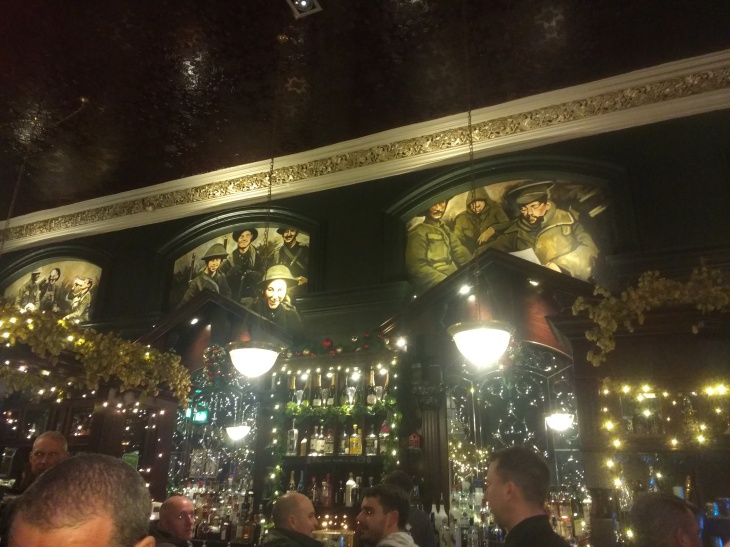 Moving into the present day and It is always full as it is situated in the business quarter of the city but its appeal stretches beyond that. It is also nearly  always full of an evening and this Saturday was no exception. 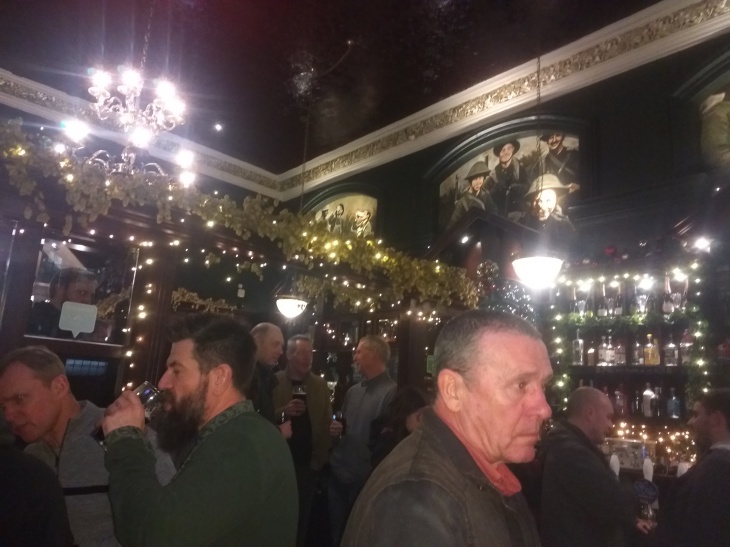 It was slightly less rammed than Bacchus but the beer was just as good JHB (Oakham).

Our conversation was flowing by now and dissecting Birmingham’s dismal defeat was a thing of the past and thoughts turned to any more ‘shops’ we could visit before the train home loomed.

Two cracking pubs and I like what M&B have done on their home turf with this duo of boozers and it would appear a lot of the natives are in agreement (even the toilet floors are 2-Tone!)

9 thoughts on “Come To Birmingham You Will See…”