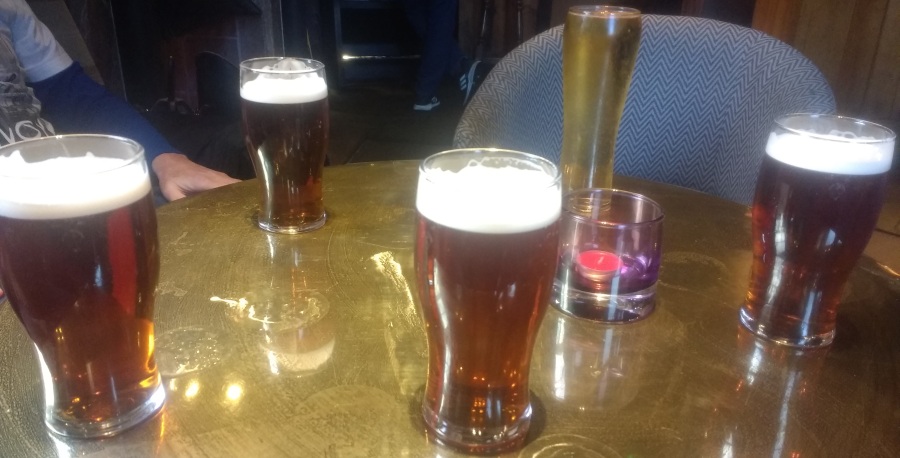 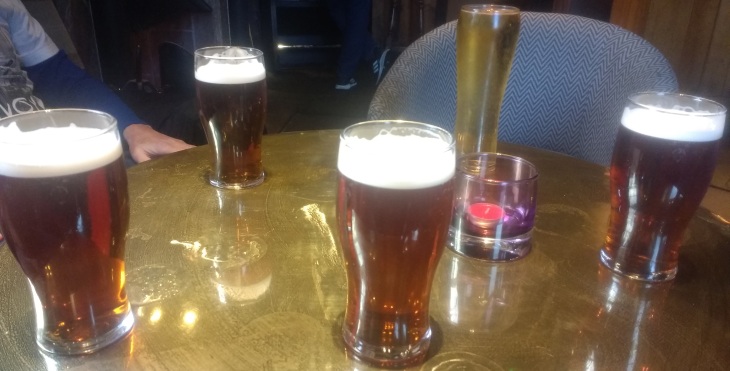 I always like to start with the positives and there are two massive ones in Lichfield’s 134 ––The Hedgehog WS13 8JB.

Firstly, it sells Pedigree (Marston’s) and as you can see from the picture at the top of this post it was in demand (along with cider of course).

Secondly, the bar staff were friendly…..er, that’s it?

Okay, at a push the décor was gleaming and well kept and it had a fire as well. But it had the feel of a restaurant and whilst M&B offer Sizzling pubs and Nicholson’s pubs as part of their estate this Vintage Inn is definitely an eatery that happens to sell beer. 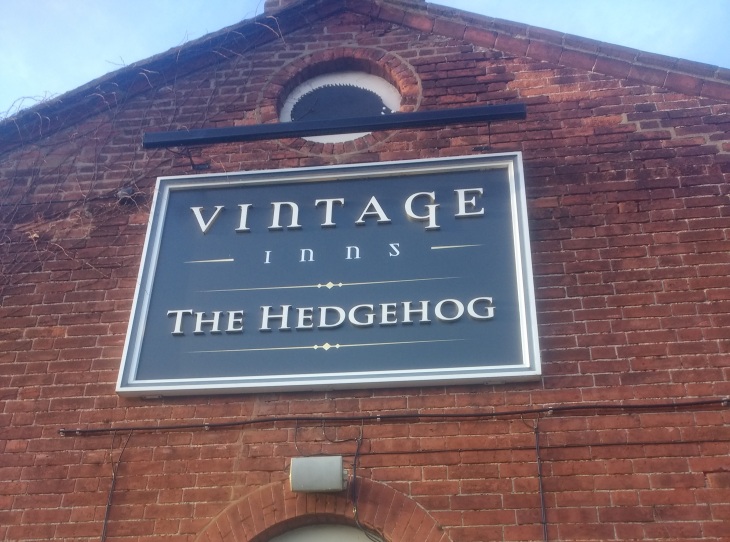 Myself and a group of pals undertake an Urban Exploration twice  a year, which involves visiting a city with a cathedral, walking roughly eight miles and stopping off at a few classic hostelries en route.

So, with #Tryanuary definitely on the agenda as opposed to Dryanauary a group of six set off around midday and with only one early departee, it was a rollicking good day.

The plan is fluid but generally it’s a pint and a walk in order to balance up your carbs lost with your ‘carbs’ put back in!

Anyway, the only problem with Lichfield is that it is a city, it has a cathedral, but  it isn’t very big…my co-founder and route mapper for the day picked a few corkers (more posts to follow) but also tagged in The Hedgehog as it is on the outskirts of the city and sells beer.

…Friday afternoon and it was relatively busy with diners but I can imagine its website sells it as a serene chilled dining experience but it didn’t feel much like a pub to me.

To summarise, our group of five were in full flow at this stage and The Hedgehog wasn’t really a place to be in full flow!  It was more a place to go into hibernation by a warm fire and get your head down for a bit.

Ultimately, I didn’t see anyone else there just drinking as all the other punters were eating but, then again, this is arguably what we expected before entering.

I’m pretty sure I could take Mrs BB there for a meal and she’d like it as the bar staff were helpful and the layout was modern/classic according to current terminology.

I’d probably phrase it is a restaurant, which is a bit dull in terms of atmosphere, but I can see how it does a roaring trade with the locals of Lichfield.

Plus, it’s open and it sells beer irrespective of the food element and if I had a business plan (I don’t) then, where it is situated, this is arguably the best option for a place like this.

(My Urban Explorer co-founder contemplating which Pedigree to drink!)

11 thoughts on “Hibernating In The Hedgehog”