It’s great to see Alan Winfield posting again with his latest offering to be found here and in the PUB (Pub Union of Bloggers) he is undoubtedly the king of the backstreet/estate/no nonsense pub.

Not only does Alan visit any and every boozer in towns and cities but, he more often than not, has his better half in tow and I reckon this is definitely an East Midlands theme.

So, with #Tryanuary coming to an end and with the prospect of raising a pint to the top pub crawler in the Midlands and arguably the country, I paid a visit to a boozer that would definitely have that Winfield stamp of approval.

The 141 –  Dew Drop LE12 5HY is an absolute classic in Hathern, which is situated between Loughborough and Coalville.  Unbeknown to me, this place won the Loughborough & North Leicestershire CAMRA 2017 Mild pub of the year and, whilst that might not be the most prestigious title on the circuit, the fact it is selling Mild in 2018 is a nod to its old school approach.

It also shuts between 3pm and 6pm in the afternoon and it is as if the 24/7 approach to opening that was one of Margaret Thatcher’s better policies ( top work Mudge) has passed this place by.  I can’t imagine this boozer hasn’t been in the GBG in the past as the quality of the pint I had was excellent, but I will await confirmation from Duncan. Martin and Si….

However, don’t mistake that for it being a pub without character as it had the feel of a place that welcomes in a lot of the chimney pots in close proximity and even its darts team are flying. 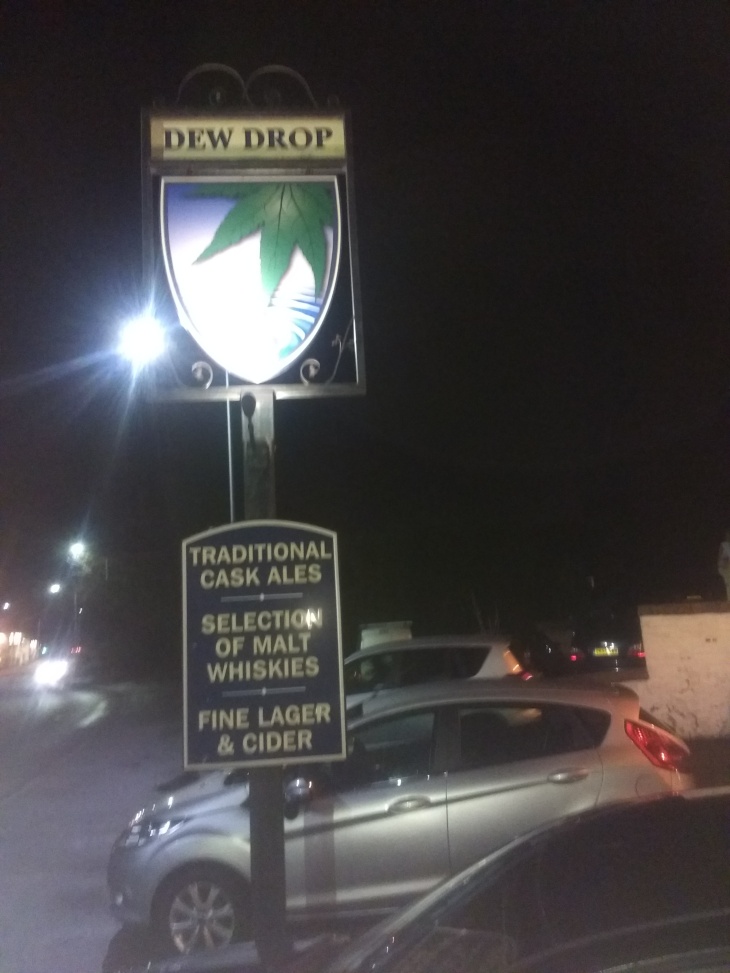 They are top of the Mark Allen Division Two in the Shepshed & District Darts League and that means there is a group of players who are in here regularly for fixtures and drinking.  I like the fact the dart board was shut (so to speak) when I went in although I am sure it would have been opened if I wanted.

A small choice of ales, but that is great, and whilst I didn’t have the Mild I did have a cracking pub badged pint of Best Bitter (Dew Drop) and it was clearly well kept.

Smooth FM was on in the background and I heard a bit of Clapton and Righteous Brothers with two barflies and two couples in the style of Alan and his better half (I would imagine), which at half past seven on a Tuesday is not bad.

I think the phrase for  this place would be a ‘traditional two-roomed local’ with a real fire and a warm welcome with the locals and barmaid all acknowledging me when I left and inviting me back once again.  These little things are important and it looked to me like  a pub that cares; a good solid local boozer and hopefully one that can continue to thrive in an era when the odds appear to be stacked against it. 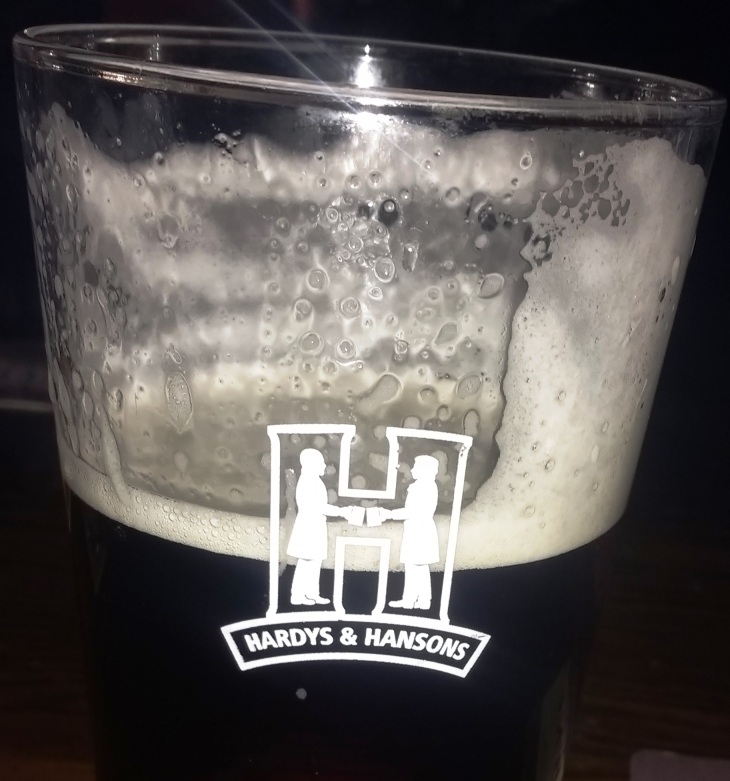 Well worth a visit and without even asking him I know this has the Winfield stamp of approval – what more could you want!

18 thoughts on “A Drop Of The Good Stuff In Hathern”