Now the good news for Martin is that whilst I’m not posting a picture of Woodville’s finest piece of architecture, this post does have a link to the Tollgate Island in Woodville.

Tollgate Brewery have been going for it in a big way in the last two years with four tap houses springing up across the East Midlands in 18 months  and their ales being promoted far and wide from their Calke Abbey base.

I’m not sure who their marketing guru is but they have four newish shareholders who have obviously taken a leap of faith and it appears to have worked if the two bars I went into are any barometer.

Apparently, they began brewing on the site of the old Wooden box brewery, which was the famous (well in south Derbyshire) wooden box toll between Burton and Ashby De La Zouch and where Martin’s favourite clock garage in the East Midlands now stands.

Anyway, a bit of a delve into the history books tells us Pat and Quentin Brearley bought Tollgate in 2011 (six years after its inception) and relocated to the National Trust’s Calke Abbey

Pat Brearley is still the Head Brewster even though no longer the owner and with her new brewing partners this brewery appears to be heading on an upward curve (I’m not being paid to write this!)  I guess the bonus of opening tap houses is that you get plenty of opportunities to showcase your ales – speculate to accumulate and all that jazz – and I recently came across some good Tollgate beer in The Staff Of Life.

Anyway, my first Tollgate boozer was on a Sunday afternoon with a stop off on Ashby De La Zouch’s Market Street for a pint in 143 – The Tap At No. 76  LE65 1AP.

Firstly, I had a cracking pint of Ashby Pale (Tollgate) for just £2.80 and it was absolute nectar served by a friendly barman.  Secondly, it had two toilets as opposed to unisex so it is clearly a tap house as opposed to a micro pub! (The debate of whether or not a pub is actually a Micropub is sooooooo last year so, henceforth, it’s just a pub).

It’s also open every day apart from Monday so it is clearly a normal boozer and has found a good niche, wedged in between Ashby Grill and The Market Hall, on Ashby’s main drag, which isn’t short of a hostelry or two already.

In true East Midlands fashion there were plenty of couples in here along with a group of blokes based by the bar but it was definitely chilled out and a good mix.  It looked like the sort of place couples come to have a drink too as there was a steady flow in and out during the hour I was in here.

I’m pretty sure it used to be a sandwich shop before becoming a Tap House but it feels part of the furniture in Ashby now and has definitely attracted a loyal following.

This place was more high tables and a little bit more compact but still had a good atmosphere and a god mix of couples, lads and older (middle-aged) blokes like us!

Again, a top notch pint of Duffield Amber (Tollgate), which at £3.15 probably reflects the demographics of Duffield compared to Ashby, but it was a good little place and it was table service as opposed to the place in Ashby, which has a bar.

The mobile barman had a cracking craft beard and was very chatty and helpful, which was a feature of both places and it’s easy to see why this place has survived whilst others in Duffield appear to be under the cosh (the nearby Kings Head is closed).

It wasn’t as full as the nearby King William in Milford (pub 138), but it was a different style of boozer and it’s got a place in a village like Duffield as it had artwork on the walls (that may or may not have been for sale) and was less earthy than its Ashby counterpart.

My drinking buddies were sold on this place so it was a winner but if I had to choose then I woud just plump for The Tap At No 76 as my favourite. 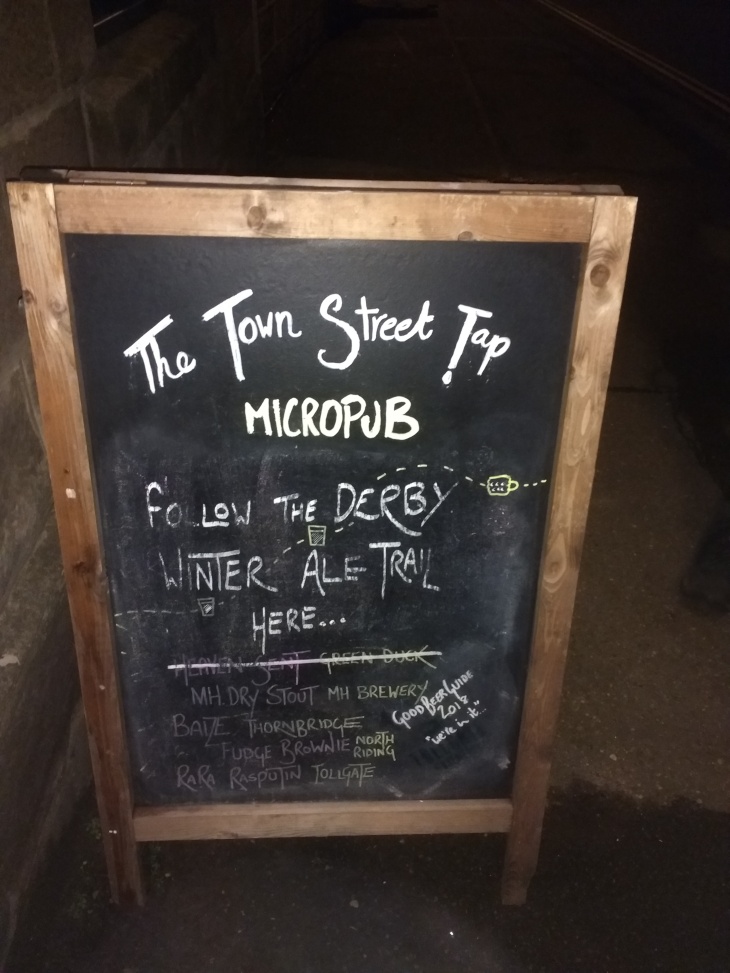 So Tollgate is a new(ish) kid on the block but their empire is expanding and who knows how far they can branch out.  They’ve got control of their own beer in their Tap Houses and it’s top quality on this evidence which, allied to a good atmosphere, a recipe for success. 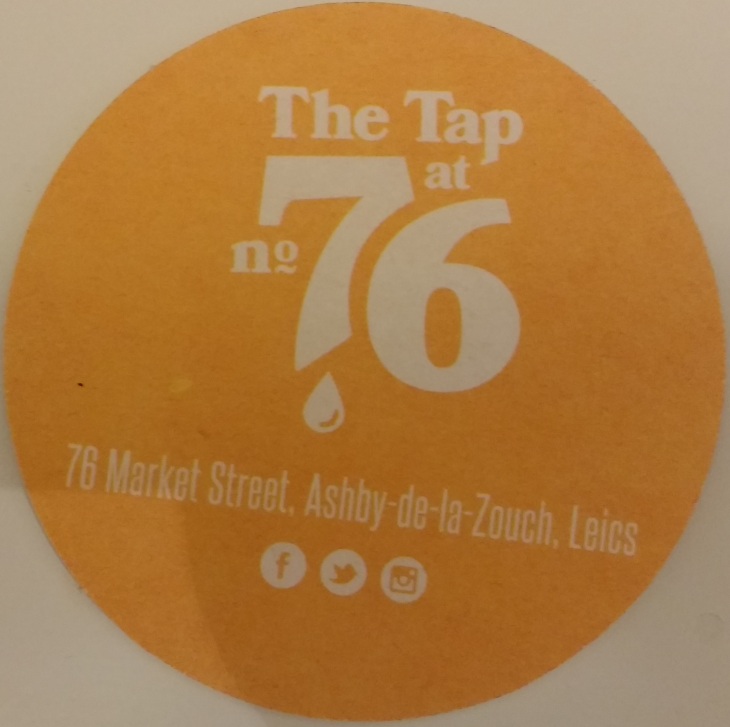 9 thoughts on “A Tribute To Tollgate”