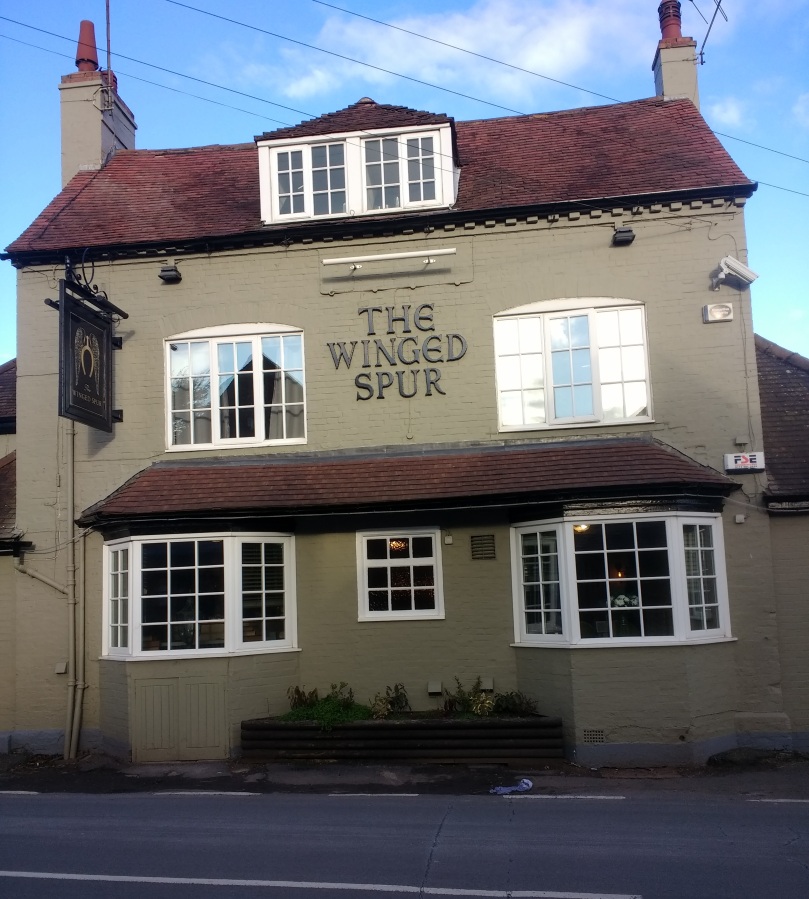 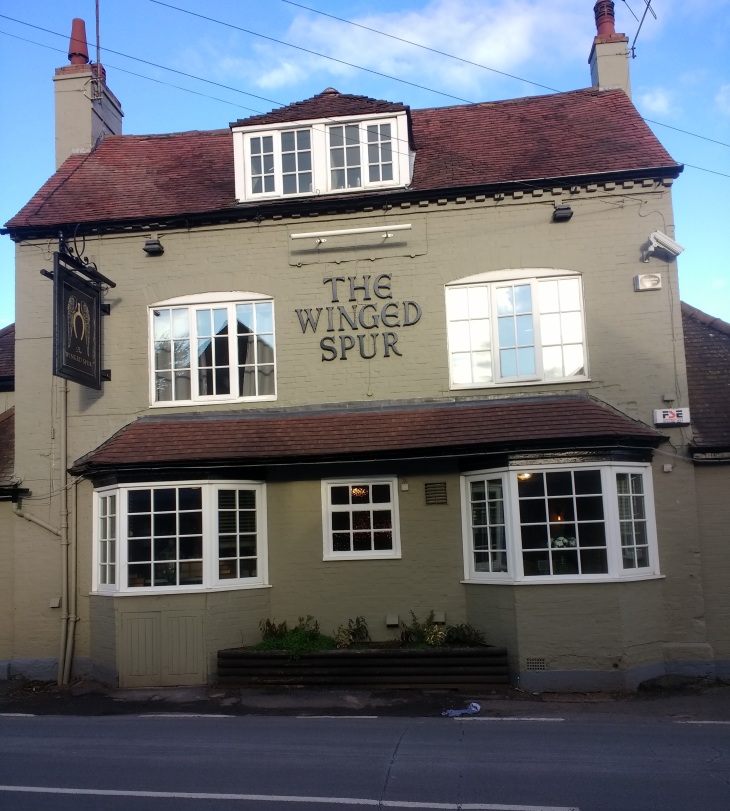 Another thought provoking blog from Mudgie  brings home the stark reality of just how many pubs are closing and continue to close despite the best efforts.

However, in amongst the gloom there is a little ray of light and why it’s worth keeping that local boozer alive as the tiny village of Ullenhall will testify.

Nestled in between Henley In Arden and Tanworth In Arden, this hamlet of 717 inhabitants (2011 census) had been without a pub for 20 months as it looked like their long time boozer had bitten the dust for good.

But, 148 – The Winged Spur B95 5PA has been back open for three months and according to the landlord Laurence it is doing a roaring trade.

Once I saw the essential reading in the bookcase… 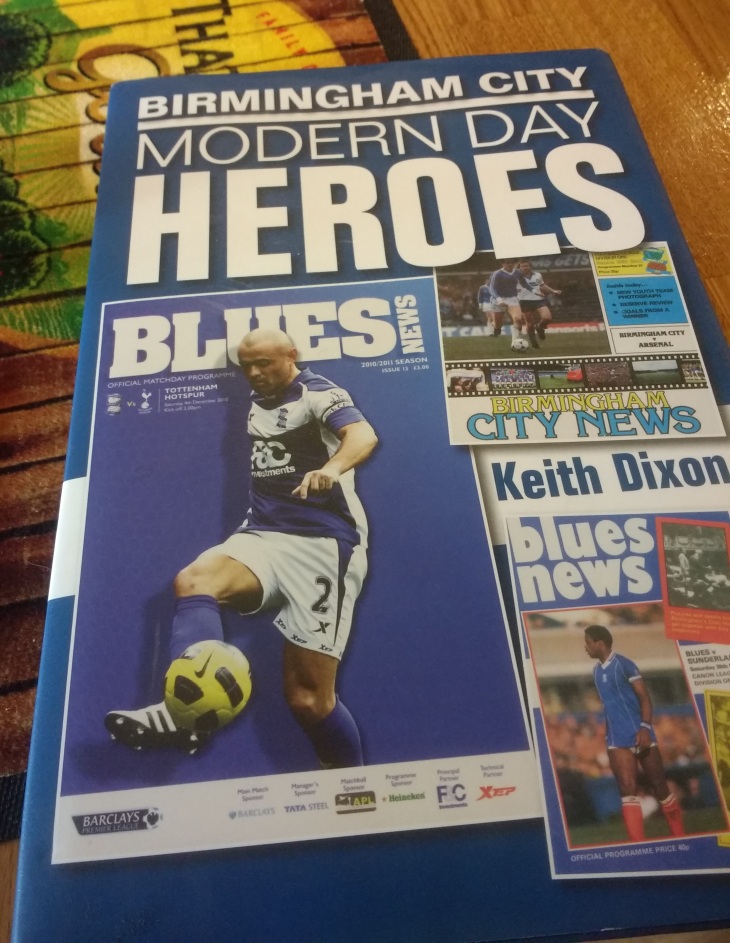 ..and established that Laurence was a Birmingham fan from Sheldon it gave us some common ground to talk about the football at St. Andrew’s although he did confirm, like a lot of us, that he had “grown out of it” and work commitments had taken over.

Not before letting me know that he had six kids, one of whom was a season ticket holder at St Andrew’s and he used to have many weekends away watching Birmingham and that his wife of aforementioned six kids was still with him!

(All of which reminded me, I’d better get my act together for nine days time! )

The pub has clearly had a serious makeover and is unashamedly food led but there is still plenty of opportunity to just have a drink and it is open all day every day so, on a Monday at around 3pm, it had a reasonable amount of punters in, all of whom were just having a drink.

There were walkers, a local couple and a group of blokes who were joined by another lad who ordered a Lager dash (a Solihull/Birmingham staple drink).

It’s a smart operation and clearly thriving and it was interesting to note that, according to Laurence, not only had they picked up a lot of passing trade with their food and people were travelling to eat and drink there but, just as important, the locals had really come out in force to support it.

In fact the quite from Laurence was “MASSIVE SUPPORT” from the village and he was grateful for this.  He also reckoned that the villagers missed it when it was lying dormant and that economic forecasts suggest a village with a good pub puts around £30,000 on the value of your house whilst a village shop adds arguably even more.

I don’t know if this is concrete evidence but as theories go, I’d suggest it has a lot of credibility and I spent a good 45 minutes in this boozer chatting with the gaffer who was funny, friendly and also kept a cracking drop of Dirty Tackle (Wychwood). 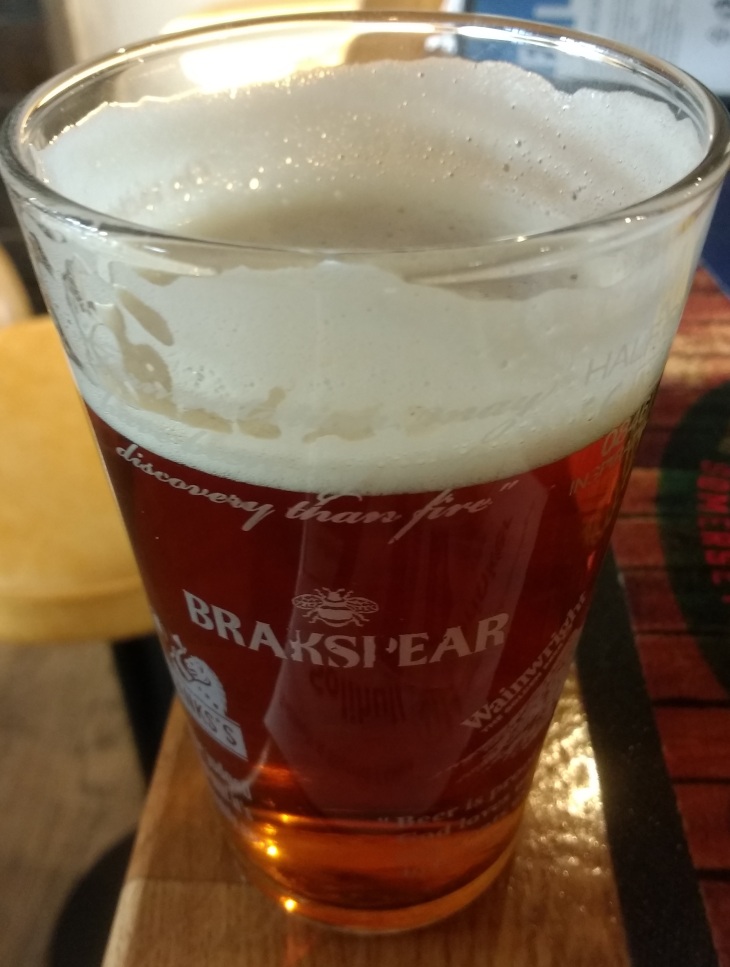 It still has beermats in the drinking section of the pub and I can see how this place needs its local community to survive and in the modern era food is an essential for a boozer like this.

Apparently, the unusual name derives from a past local landowner, Robert Knight, whose family crest was the spur – the mediaeval symbol of knighthood.

A top find and an antidote to all the stories of pubs closing as this is a Phoenix from the Flames that is proving if you find your an audience, they will listen to your tune.

The villagers of Ullenhall didn’t know what they were missing until it wasn’t there and if you add in the theory your house price could increase in the right area, it really is a no brainer…get down your local boozer!

4 thoughts on “Come On You Spurs”