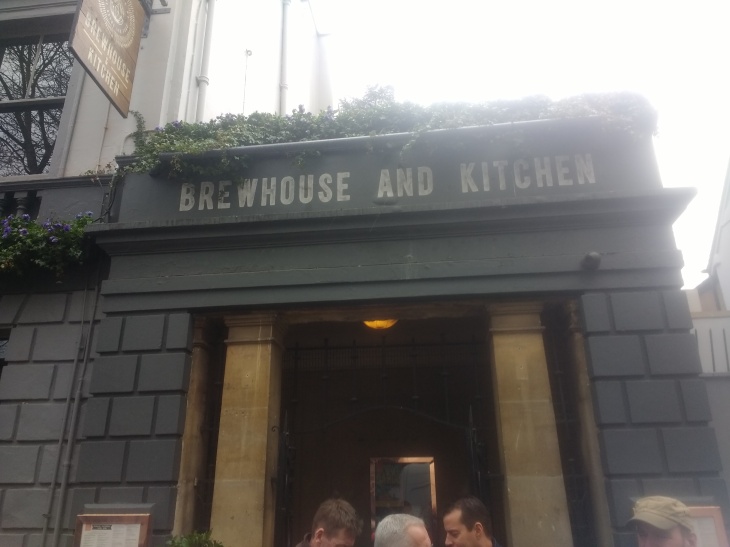 I am pretty sure that one of the PUB (Pub Union of Bloggers) has stated that any pub with kitchen in its moniker is usually fairly average.

Throw into the equation a chain of Kitchens, so to speak, and pubs such as 149 – Brewhouse And Kitchen (Lichfield) WS13 6PW don’t often get high praise as ‘classic’ pubs they aren’t.

Nonetheless, our party of six used this as our meeting point for a day in Lichfield and I learned two things: (1) When it used to be Wetherspoons it was full of far more people at midday and (2) most people who aren’t in the PUB actually really like Brewhouse and Kitchen pubs.

Going off at a tangent, whenever I hear B&K mentioned I often think of the Jona Lewie classic, which is the title of this post.  Of course their other big hit was the Xmas Cracker Stop The Cavalry which ensures John Lewis (lead singer’s name) is dining out on the royalties today.

I’m not sure if it’s me but I always thought Jona looked a lot like Kevin Rowland back in the day when Dexys Midnight Runners were a soul band from the Midlands before they morphed into one of Rowland’s many creations.

Although the obvious difference between the pair is whilst Lewie jovially sang “She was into French cuisine but I ain’t no cordon bleu” as his quest to meet a girl stalled in the kitchen at parties, Rowland was the angry soul rebel snarling out lyrics such as “shut your f****** mouth ‘til you know the truth” in Burn it Down or Spat on and shat on” in Tell Me When My Light Turns Green.

Nonetheless, in terms of mistaken identities no one can beat BBC and Top of The Pops as they had a picture of darts legend Jocky Wilson in the background as Kevin and the boys belted out their tribute to soul boy Jackie Wilson in “Jackie Wilson says!”

(the big man in the background!)

Anyway, moving back to the present and I thoroughly enjoyed a pint of Handyman (B&K) which, for the record was a 5.5% ‘session’ IPA!  All the boys enjoyed the beer and liked the setup of the place and the barmaid was friendly, fetched us beermats and there was plenty of room to have a chat and enjoy the crackle of meeting up.

The only slight concern would be that at midday on a Friday there weren’t many other people in there aside from us.  Granted, it’s early, granted it was in January, but clearly Tim Martin thought he could dispose of this place so I hope the boys at Brewhouse and Kitchen make it work. 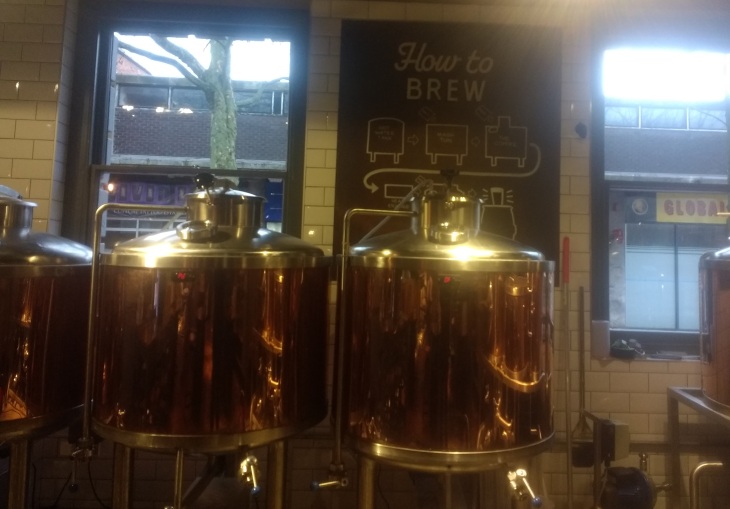 Wind the day forward around eight hours and our very last port of call, on an ‘Urban Exploration’ (see previous Lichfield posts) of not quite Winfieldesque proportions but certainly a good effort, was at 150 – Duke Of York WS13 6DY.

This picture (above) will tell you the barman was good fun as he was happy to be snapped flexing his muscles after pulling six pints on the spin, Pale Ale (Joule’s) was my nectar of choice and it was up to its usual good quality standard.

There was a good atmosphere in a decent pub with lots of old Joule’s memorabilia, plenty of punters, happy staff and a good selection of beers. 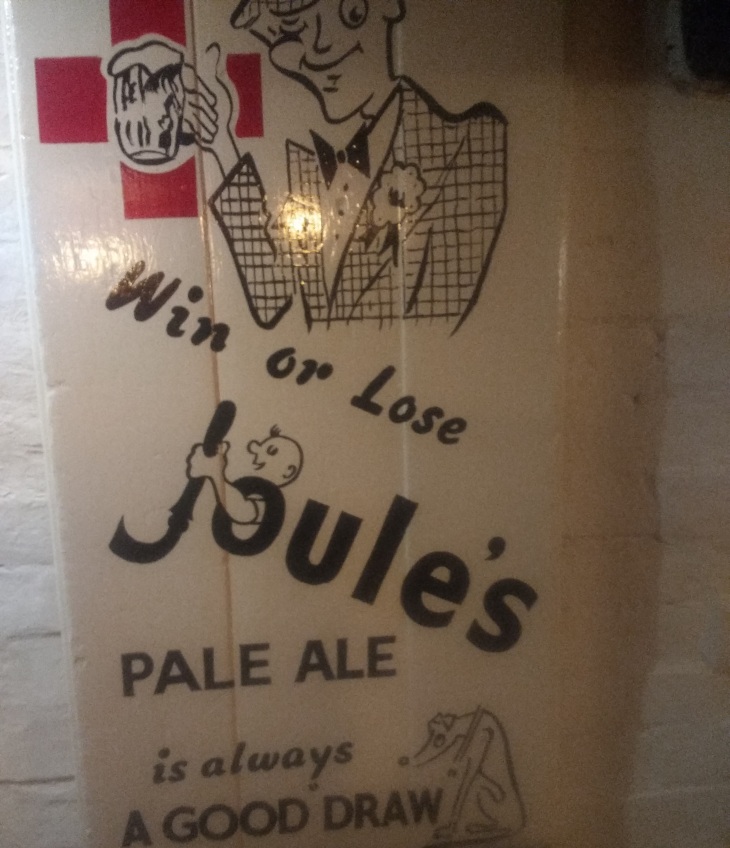 As a general rule of thumb I like Joule’s pubs as they keep beer well, they feel like pubs and they are usually good old buildings.  It’s the second one I’ve been to in Lichfield, after The Angel Inn,  and  that was potentially a cracking pub with great beer but bereft of customers aside from a very sad pub dog!

Take this place for example, It’s reputedly the oldest pub in Lichfield and has oak benches, real fires and just oozes character.  Apparently, they also sell more Joule’s Pale Ale at this boozer than any other of their pubs in Britain….I’m not surprised.

I’ve got to say I like Lichfield as a city and its pubs are worth a stroll around.   The general consensus from my drinking group of buddies is that Brewhouse and Kitchen is a winner and I suspect the likelihood of this boozer surviving is greater than half of the previous pubs I’ve been into on this blog. 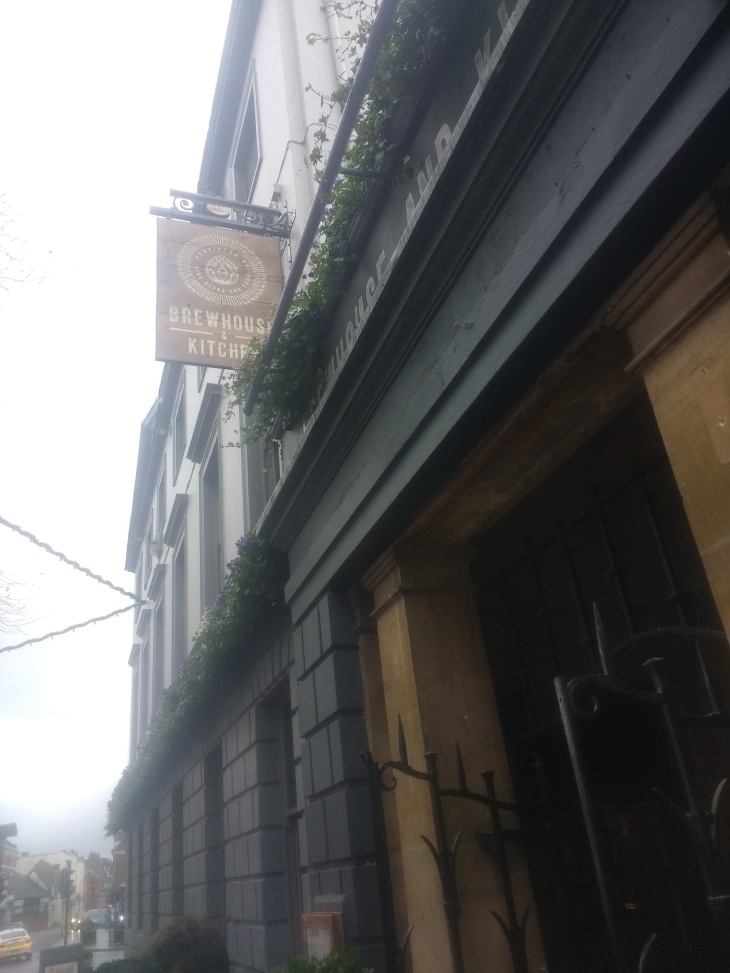 I’m not sure how far Joules’ pubs stretch but if you’ve not been to one and you like your pubs to look like ‘classic’ pubs, then it’s worth the effort as you’ll like the look and the ale.