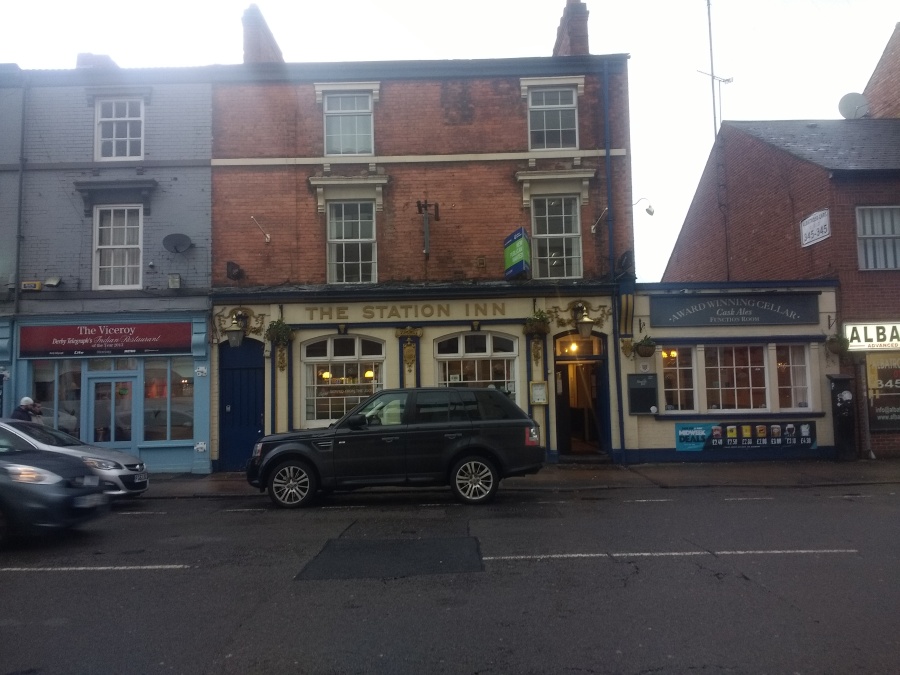 Rag ‘n’ Bone Man and Bass from a jug may not be a combination that immediately springs to mind but I was happy to try out this theory!

Of course, it is all in the name of research and which is the better view?

I plumped for the latter and whilst a Derbyshire sunset on a Saturday evening is mightily impressive, I am afraid the sign of Bass from the jug beats it in terms of aesthetics!

This is a zone of Derby that is ripe for regeneration as this picture of the soon to be demolished (?) London Road Hospital shows..

and the site which used to contain Derby Diamonds cheerleaders… 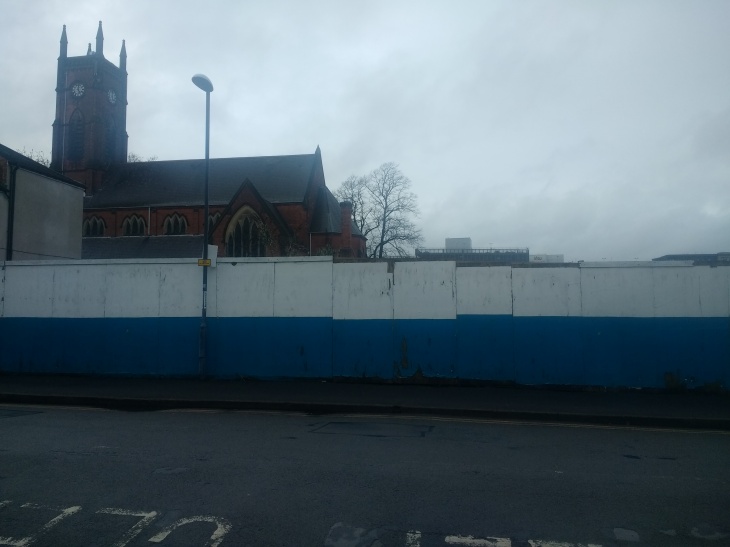 but some things are surviving the cull, such as the DWICA 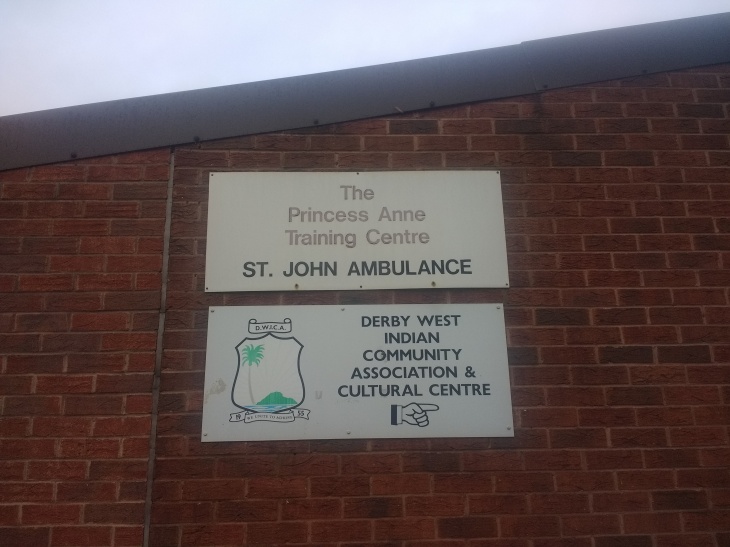 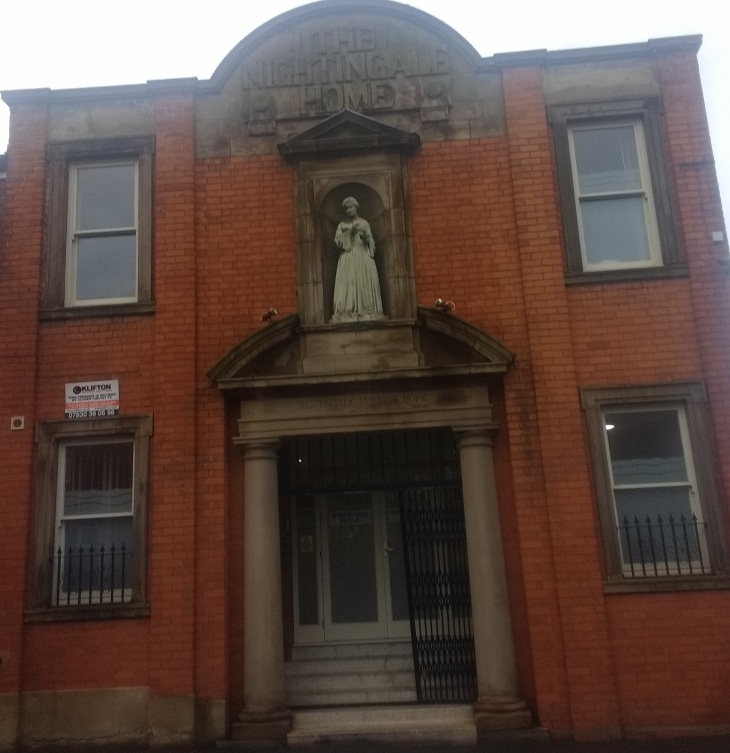 and 173 – The Station Inn DE1 2SN, which is within spitting distance of Derby station but has been overlooked in recent times with other bars being on the ale trails and voted as CAMRA pubs of the year. 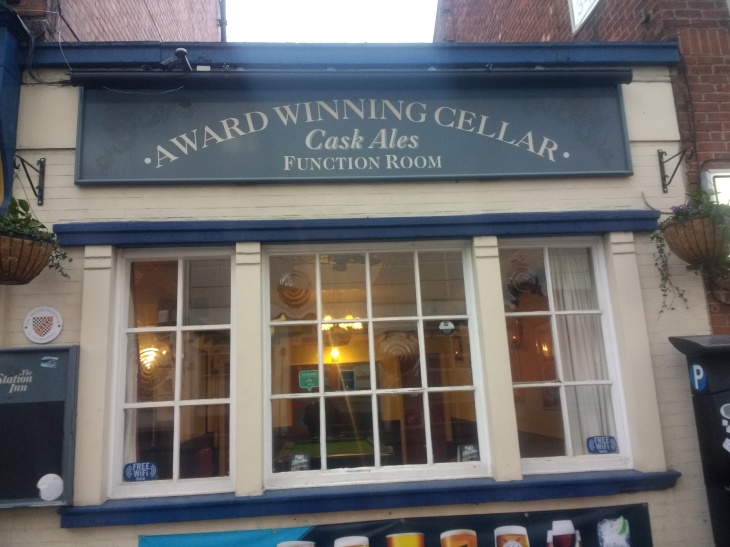 In fact, it got to such a stage that this gem of a pub was closed for a year but the gaffer was happy to promote his boozer when I popped in just as England were losing against France in the Six Nations.

It was around 5.45 and I was in there with only one other punter but the music was omnipresent in the function room/lounge at the back.

The tunes were absolutely banging and “Galway Girl” by Ed Sheeran was next on the agenda and whilst I’m not sure how many punters the gaffer will attract in by selling Bass from the jug and playing Ed Sheeran it may inspire a whole new generation of Bass aficionados! 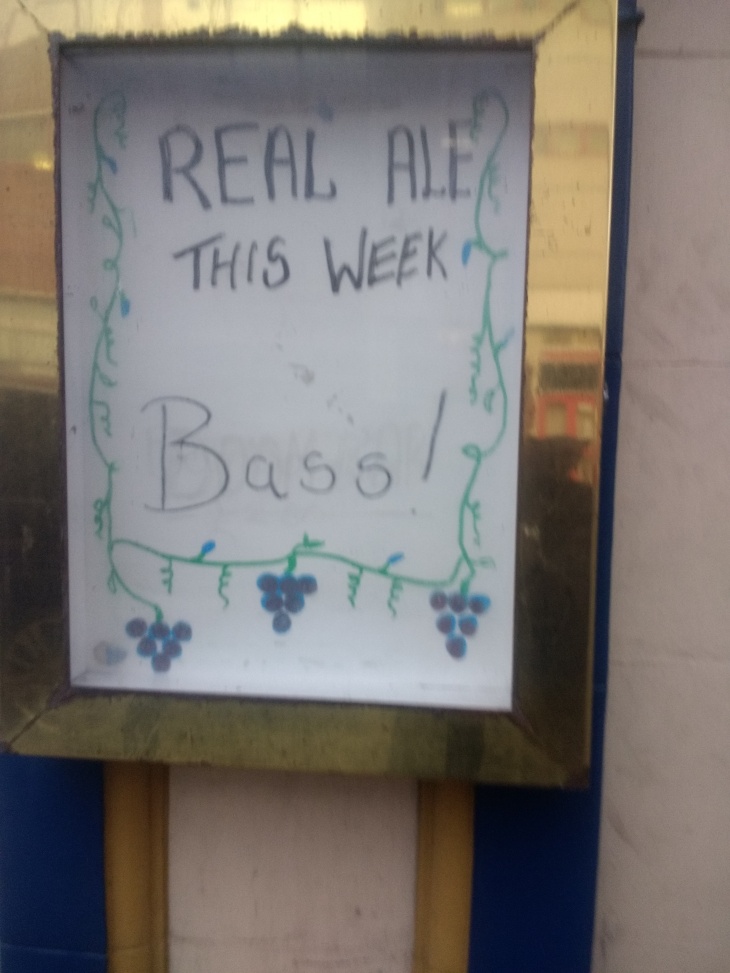 Anyway, I had a pint of Bass for just £2.80 and the gaffer told me that if I turned up on Mon-Thu it would be 20 pence cheaper!  Having subsequently read the article in the Derby Evening Telegraph… https://www.derbytelegraph.co.uk/news/derby-news/station-inn-pub-derby-gets-85715 then value for money is obviously a selling point.

Nonetheless, it was pretty empty on Saturday considering England were playing France in the Six Nations on TV and Draught Bass was available from the jug.

The tunes were coming through loud and clear from the back room and when I spoke to the gaffer he said that this was an experiment and the bloke playing in the back was doing so for free and earning his spurs as a DJ so it was a win/win situation really.

To be fair, the sound system was good even if the music wasn’t my choice but the gaffer was optimistic it might attract a few more punters in later on and I sincerely hope it does.  There was also a pool table 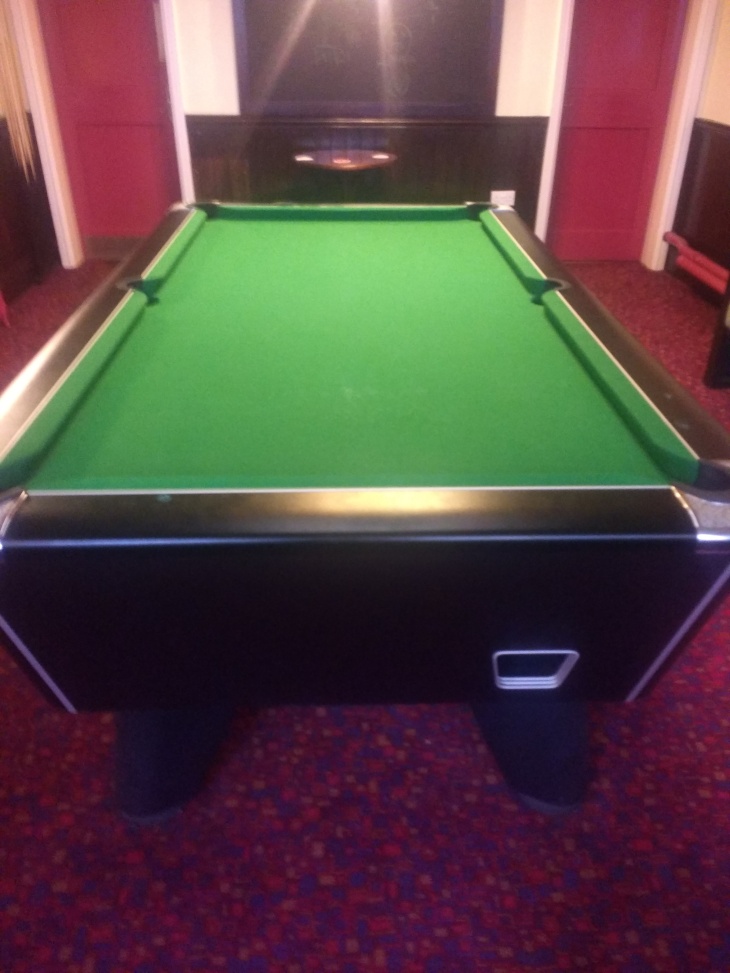 and some top notch breweriana.. 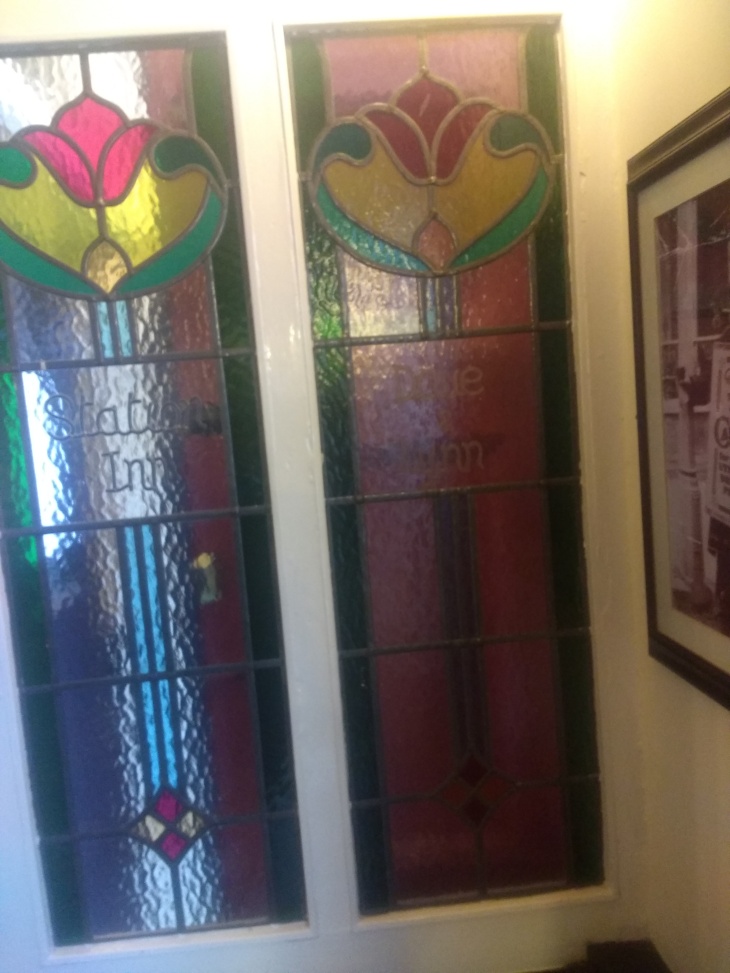 …to ensure this place reaches its target audience.

A classic Derby boozer has been given a new lease of life since December and whilst it is still finding its feet and attracting its market there are definitely enough people in the vicinity to make sure this succeeds.