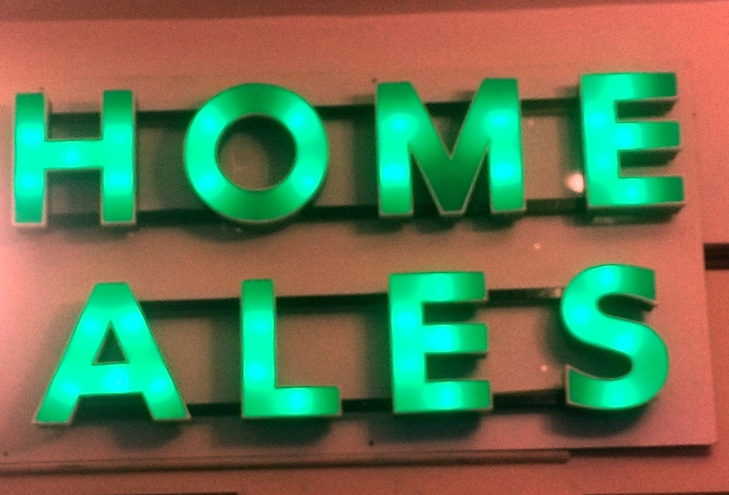 It’s always nice to get a Chas ‘n Dave lyric from their classic hit Rabbit into a blog post and what better place to do so than at a pub in Derby (all will be revealed later). This won’t be ground-breaking news to any experienced pub blogger but 175 – The Alexandra Hotel DE1 2QE really is a fantastic boozer. 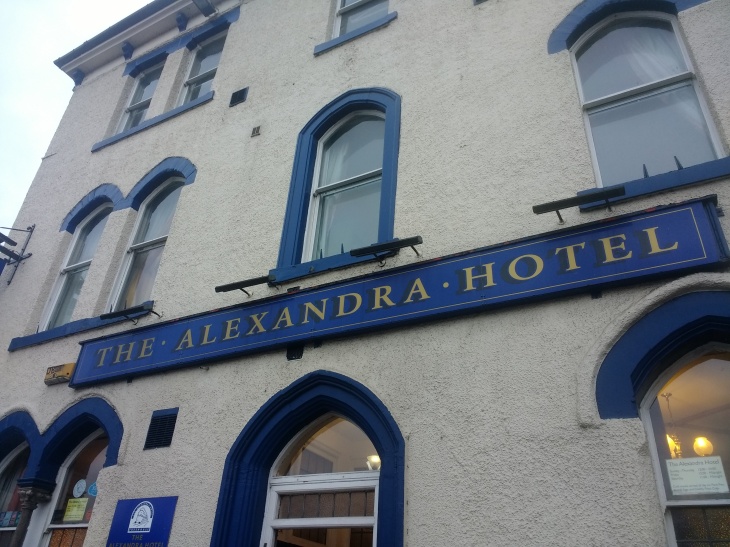 It is opposite the railway station in Derby, next door to the equally impressive Brunswick Tavern, and it’s not just me who rates this place highly.

It’s a previous winner of the Derby CAMRA pub of the year and has been runner up in both 2017 and 2018, which means there must be seriously good pubs out there to finish above this.

Derby is in the Premier League of good boozers so; to continually reach the last three is testament to just how good this gem is.

A gloriously cluttered pub is possibly the best description I can find and this picture of the bar gives you some idea of how everything seems to fit perfectly even though it probably shouldn’t.

I popped in for a pint on a Saturday at around 4.30 and the bar was choc a bloc but a suitably relaxed atmosphere with people playing darts, having a laugh or just minding their own business tucking into the beer (or cobs/scotch eggs/pork pies).

This is a pub from the Castle Rock stable and their only Derby outlet (I think) so there are plenty of their beers on tap along with a wide selection of others with around 11 in all I reckon.  This is a pub where its punters drink beer and whilst you can have a pint of Carling, most here were slaves to the cask and I had cracking pint of Preservation (Castle Rock) for the bargain price of £3.00. 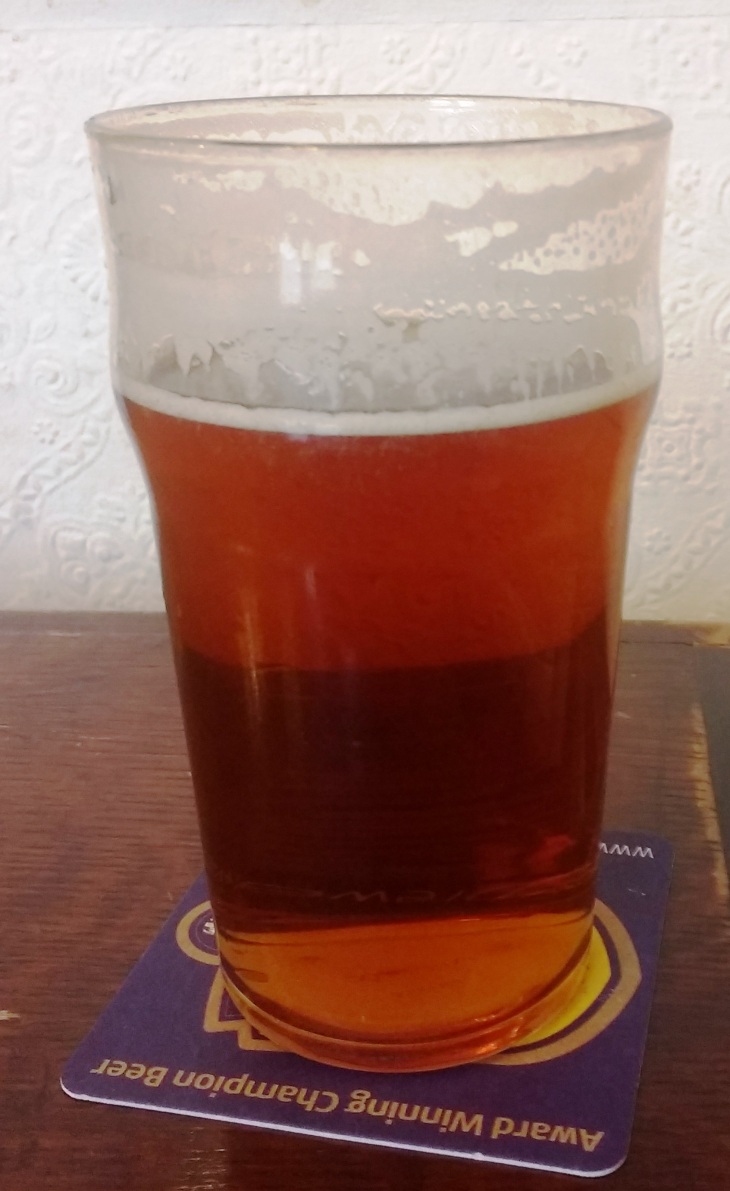 With the bar heaving I moved through to the lounge and once I had managed to avoid the rabbit situated in the middle of the room (yes you did read that correctly, but it kind of works in The Alex),

I managed to sit down and read the Derby Drinker whilst admiring the breweriana along the walls.

and of course this…

There was also a family of six in here with kids and colouring books, which was great to see as I’d never really thought of The Alex as a kids boozer before.  It is, however, a slice of pub life and I defy anyone to come in here and not feel the history of the place. It was built around 1890 and has a wealth of railway memorabilia all over the walls and also has a British Rail (remember them!) locomotive workers reunion pencilled in for later this month.

As it is called a hotel it does have four en-suite rooms and as an aside it was the birthplace of Derby CAMRA in 1974, so has a link with good beer and history.

Nonetheless, there is plenty to bring it into the present day, including a smorgasbord of beer choice but at least they were in cracking condition.

I could have stayed here for much longer and this is a pub for all ages with young (ish) lads, couples, families and old boys all fitting in well and a proper pub atmosphere permeating the whole pub.

I’m not sure if this is in this year’s GBG but I would be amazed if it isn’t as not only is the quality of the beer up to scratch but the atmosphere is spot on.

No TV’s needed to create an atmosphere and I would recommend this for a drink if you are waiting for a train from Derby,  or for a tatto from the parlour next door,

as this city continues to deliver gems of the highest order. 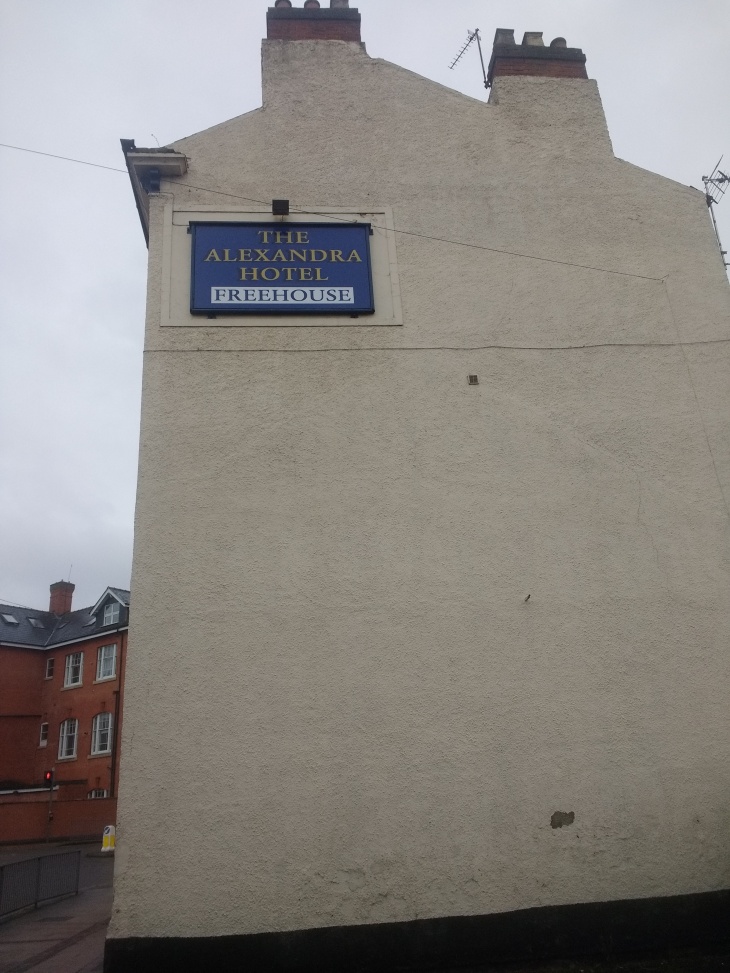