As I dodged past an old dear on a mobility scooter going at a blistering pace just leaving 182 – The Sump DE15 0TT and looked at the view I knew this was going to be a pub full of characters and high up on  Martin’s and Mudgie’s list.

Winshill, which is just on the edge of Burton, has a few boozers, but this Marston’s 2-for -1 is on the main drag (B5008) as you head towards Netwon Solney and beyond.

Granted the purple and grey colour match on the exterior is unlikely to win any awards and a Marston’s food boozer doesn’t always sit comfortably with some pub bloggers such as Rich but this is similar to the recent boozer I blogged on in Duffield.

I wouldn’t say it was quite as picturesque but with the River Trent high due to the recent snow and rain then it was as lively as it gets which, allied to the nearby development of the Burton Flour Mills into apartments, makes it a picturesque view. 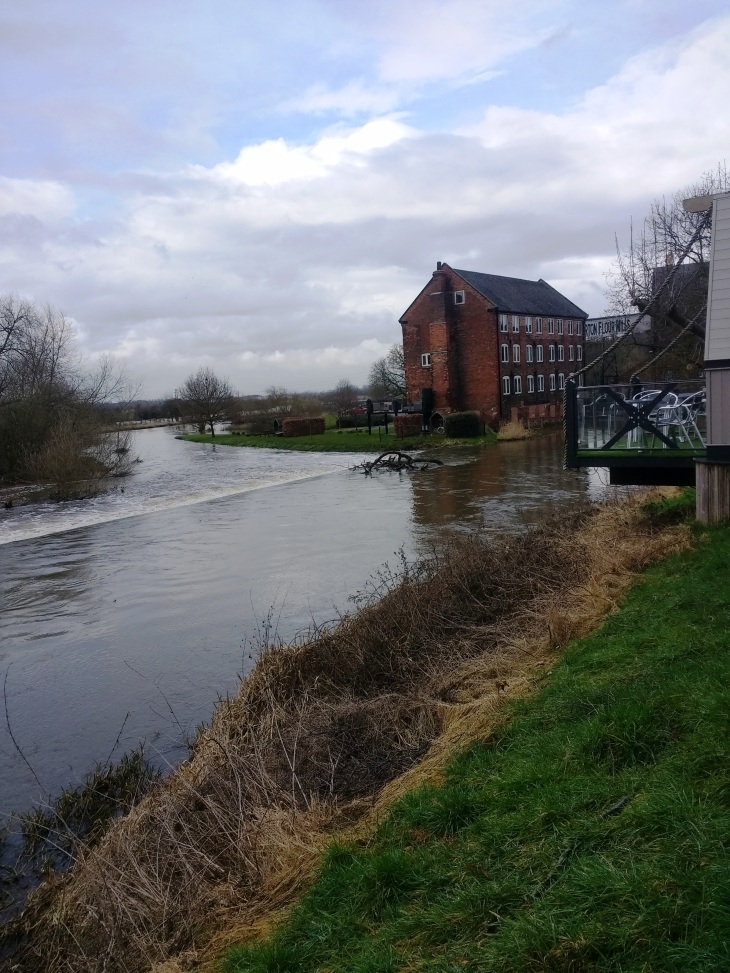 Granted, Burton, or more particularly Winshill, isn’t renowned for its glorious views but if you are sitting outside or position yourself in the right seat inside then this is arguably one of the better views from a boozer in Burton and its surrounding suburbs. 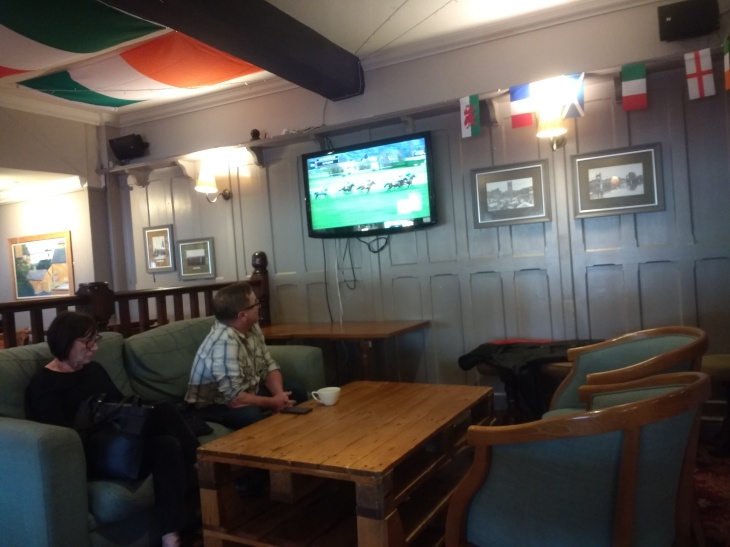 …or just morph into the married bliss that most of us have reached with him watching the Ryanair Chase from Cheltenham on the box and her reading the latest info on social media.

It could have resembled a scene from my living room with Mrs BB aside from the fact I’m not really a horse racing man but the fact they slouched together was arguably a positive!

The TV was turned down so you couldn’t hear the commentary but three blokes behind were providing their own version of the commentary and one exiled Cockney was particularly amusing as he was predicting that Balko Des Flos would win (8/1 shot I’ll have you know) and was getting louder as he approached the finishing post.  Considering it was around 3pm there was a steady stream of people in and whilst it wasn’t full, it was busier than a lot of places I have seen on a Thursday lunchtime.

Whilst this place is set up for eating… 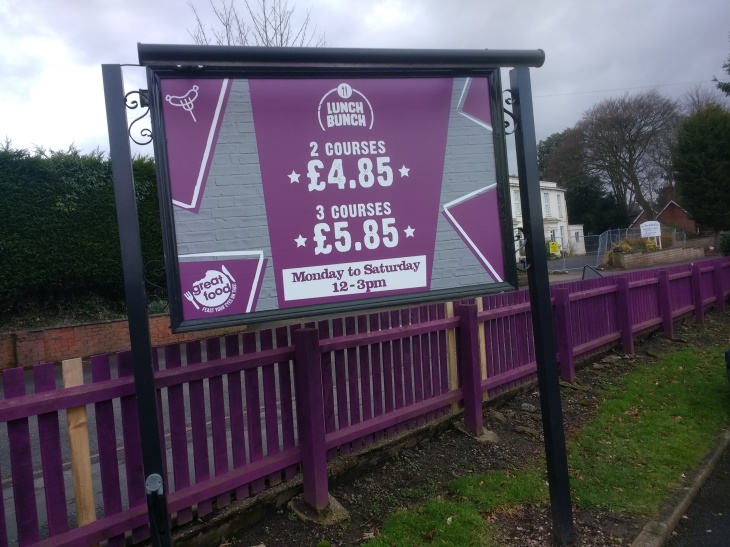 ..the area I sat in was clearly for drinkers and there was a locals feel to it as they were showing all the six nations games on TV and there was also an opportunity to win a massive all singing, all dancing TV for just a quid…

…and it was positioned about ten yards away from me

whilst, like a lot of local boozers, St Patricks’ Day was being celebrated.

Well, The Chayse, live covers bands were on as part of the celebrations, but whether they would be playing the eclectic mix of hits I heard was open to debate.  Technotronic and The Flying Pickets were both heard in the background music mix whilst my pint of Cumberland Ale (Jennings) was only £2.90 to make sure I had a decent time watching the world go by. 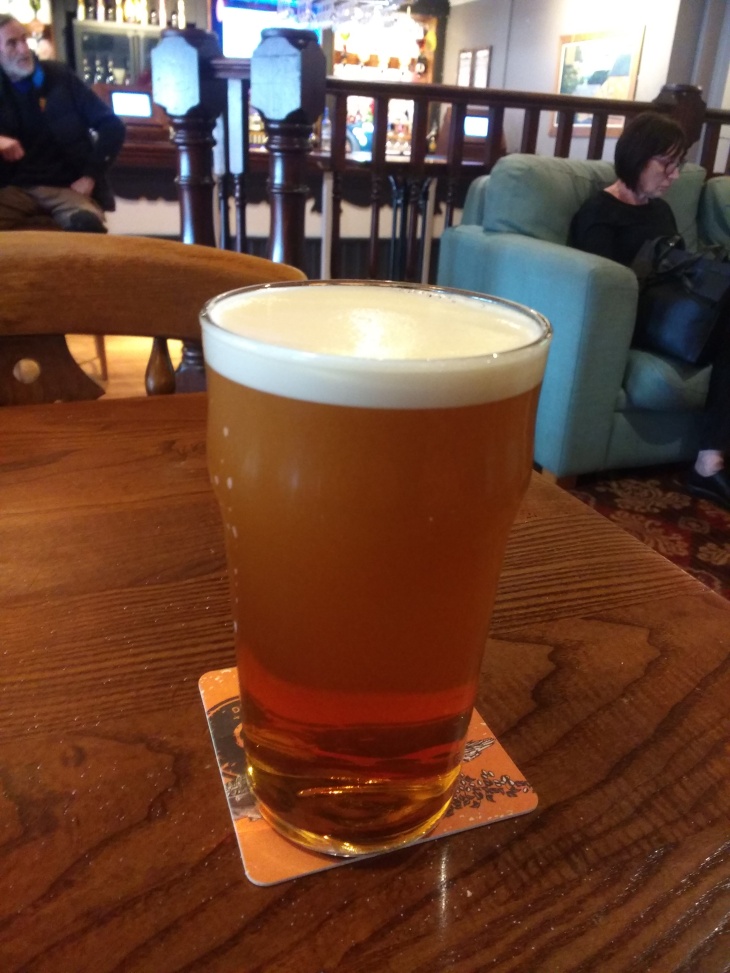 This is clearly a local pub that happens to be in a great riverside location and maybe one that Pete has visited and the bonus of the Grade II Listed restoration of the Flour Mill is also a cracking addition to the landscape.

11 thoughts on “Sump-tious Views And Married Bliss in Winshill”