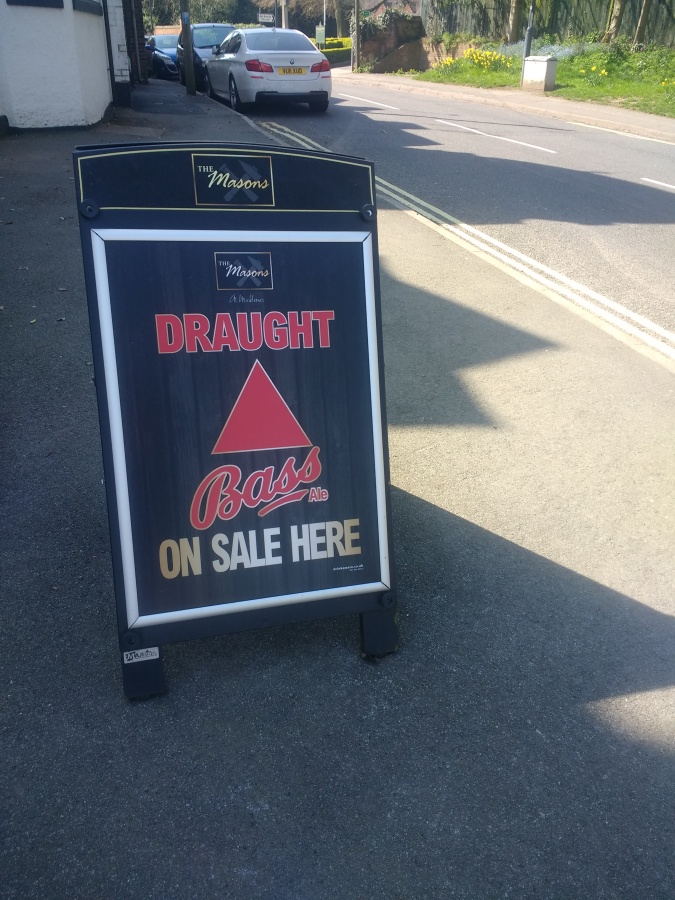 I had only popped into Mickleover for a haircut and some sun tan lotion but who can resist a sign like this? 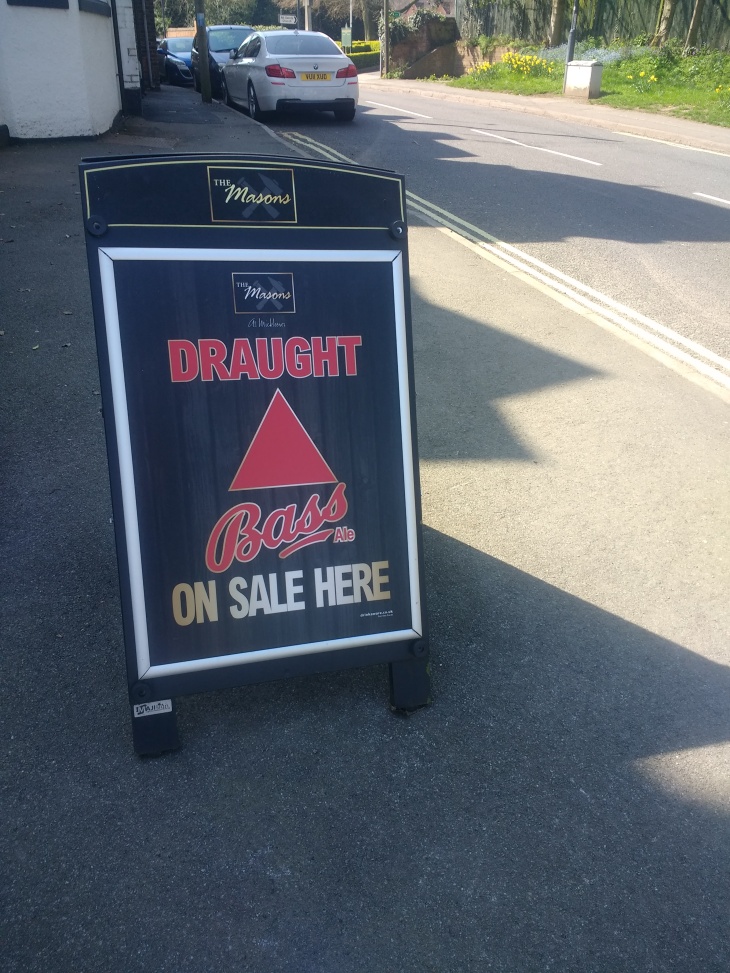 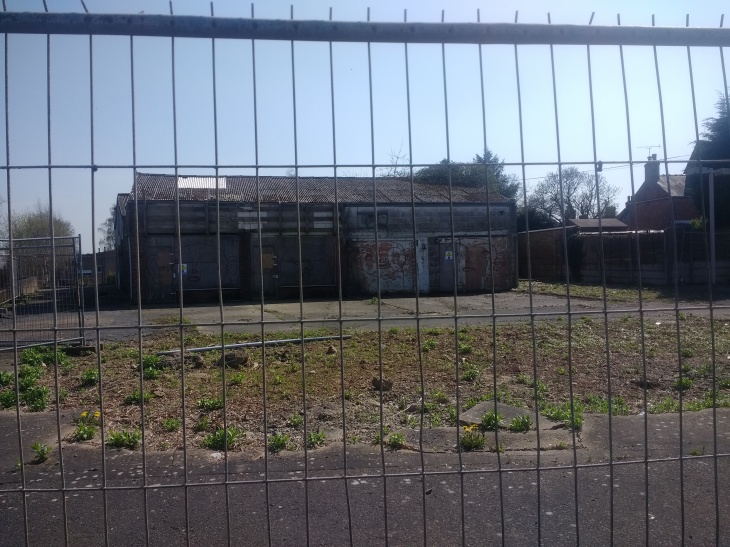 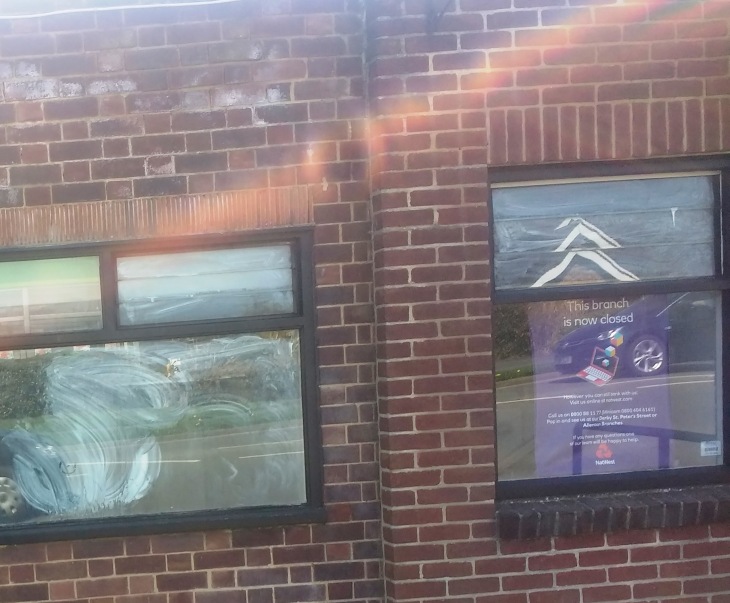 That eye-catching billboard is placed strategically outside 195 – The Masons DE3 0DL for a very good reason as there is plenty of competition for them  alongside The Nags Head, The Vine, The Robin and The Honeycomb all jostling for trade.

However, The Masons has a dependable solid partnership driving it forwards, who I spent half an hour talking to on their beer patio.

Trevor and Nadine Price have been running boozers for nigh on 33 years and have spent the last 15 in this little gem and you can clearly see why it is holding its own in a competitive market.

In 45 minutes, I saw them (in no particular order) put ant powder down, work on reconstructing their beer patio, water hanging baskets, fill up a dog bowl with water, go  back in kitchen to cook food and talk to the other customers.

This split level pub wasn’t particularly busy on Thursday lunchtime but Mrs P, as she is universally known, reckons she knows the ingredients for running a pub after 33 years in the trade.

“You have to realise it’s a way of life not a job,” she said in between hanging basket duty.

“It’s not difficult to keep good beer.  You need good standards and clean lines and you need to give people what they want.  Oh yes and be sociable otherwise what’s the point in running a pub?

There’s always one or two over time but, mostly, you get to meet some great people.  We work really hard and you have to have good food on as a lot of our turnover is from food.”

Mrs P’s food offerings are splashed all over the boozer and she is suitably proud of what’s on the table, so to speak.

“You need to sell good proper food,” she continued.   “I am a cook, not a chef and you get proper food here.”

Trevor appeared and he is clearly a man who likes the craic and works well in tandem with his missus.

“It’s just a case of keeping up to speed and making sure you are aware of all the changes,” he said.  “We now sell five or six gins and more rum than ever because that is what people want.”

“Things have changed in our 15 years here and there aren’t really regulars who come in the pub every night anymore.  But that means when they come in they are more likely to have a premium drink like a Stella as opposed to a Carlsberg.”

Those rose-tinted days of people piling into the Queen Vic and Rovers Return every night  probably only happen in soap operas in 2018 but, this pub clearly know their market, and the fact there are four hand pumps on would suggest less people drink Carlsberg and more drink Bass. 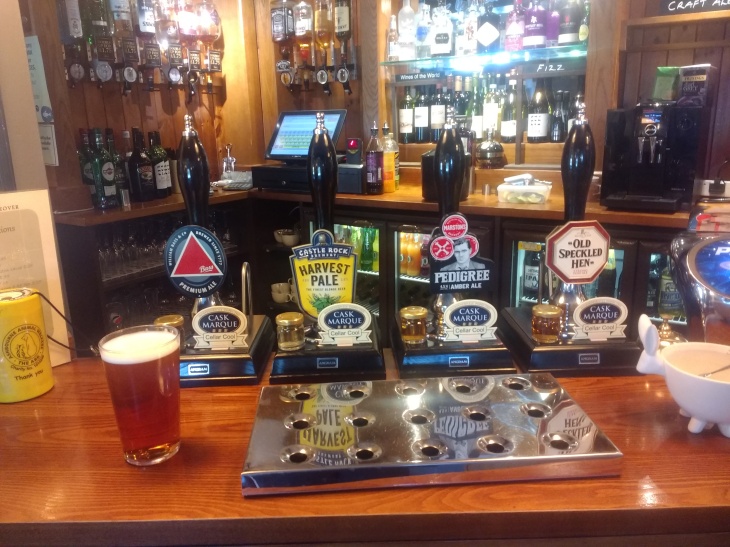 “You need to know what your neighbours are up to,” said Trevor, with a grin.  “When the Nag’s Head was taken over by Greene King they stopped serving Bass so we are the only pub in the village selling it.  We just had a bit of fun with the poster,” he added with a  glint in his eye.

They are ‘dog friendly’ and attract plenty of dogs (and their owners too) and I am always amazed at just how hard people work in the pub trade to make a success of their business.

There were also newspapers to read at the pub and I am pleased to see The Sun’s sub editors haven’t been too troubled by either the Syria conflict or the Windrush scandal with their lead stories.

Mr and Mrs P are tenants so, theoretically, on six months’ notice, if their bosses decide to change personnel.  However, you’ve only got to look inside to see that this is a warm place that, I would imagine, has something for everyone and they have definitely proved their worth after 15 years of graft.

It even had Johnny Hates Jazz with “Turn the Back The Clock” on as background music and you can’t get much more left field than that!

A slightly different post to the norm but good pub gaffers should be celebrated as they set the tone for a great British boozer!