I quite liked the sound of Blackfordby before I even got there as apparently there are no shops, no post office but two pubs!

This is a village that has clearly got its priorities right although it has got a primary school and a church so don’t assume this village – sandwiched between Ashby De La Zouch and Swadlincote – is just full of seasoned drinkers.

Nevertheless when I checked in to 204 – Black Lion DE11 8AB at around 5.00pm on a Thursday there was a select band of what Martin refers to as ‘professional drinkers.’ By this (I think) he means people who come in for a drink after work as opposed to people who are so good at drinking they should do it professionally!

There was a couple of roofers, a tiler, a mum in with two kids who were glued to their i-pads and had headphones on.

(the professionals – hiding behind a pint of Bass!) 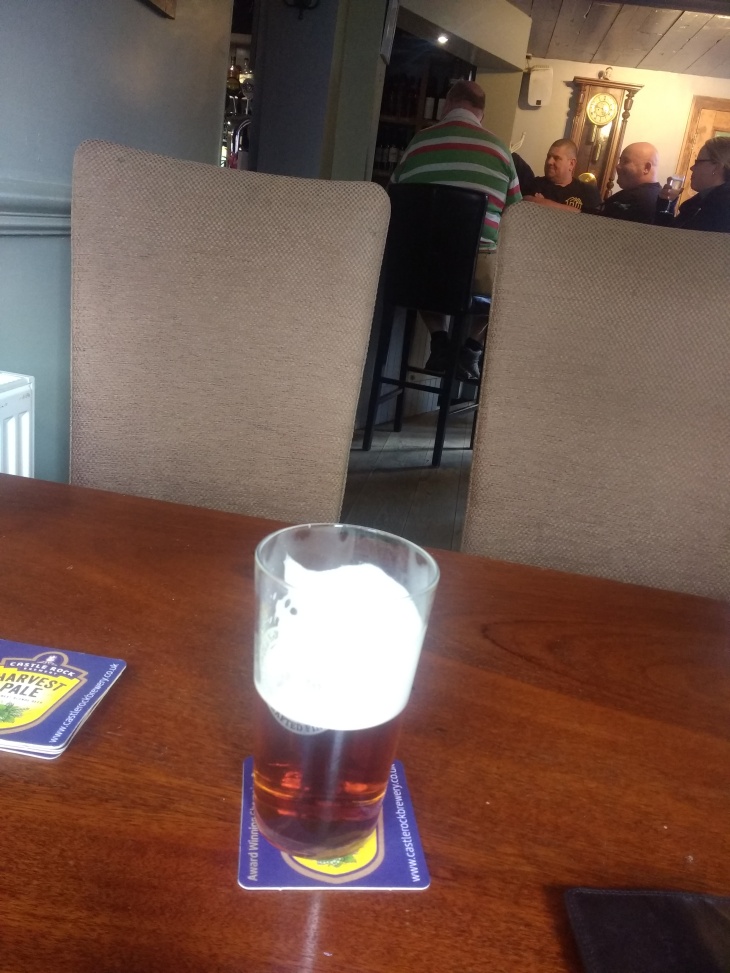 At the other side of the bar there were two lads in grubby painting style clothes and the boozer had a nice buzz as a place people pop into after work or, in the case of the squad in the corner, stay for a little longer…

The approach into the pub is more picturesque than you would imagine from a village that is surrounded by old mining areas such as Measham, Donisthorpe and Moira.

Take the impressive Church of St Margaret standing proud opposite the pub and I would imagine a good starting point for many walkers on the ever evolving National Forest trail. 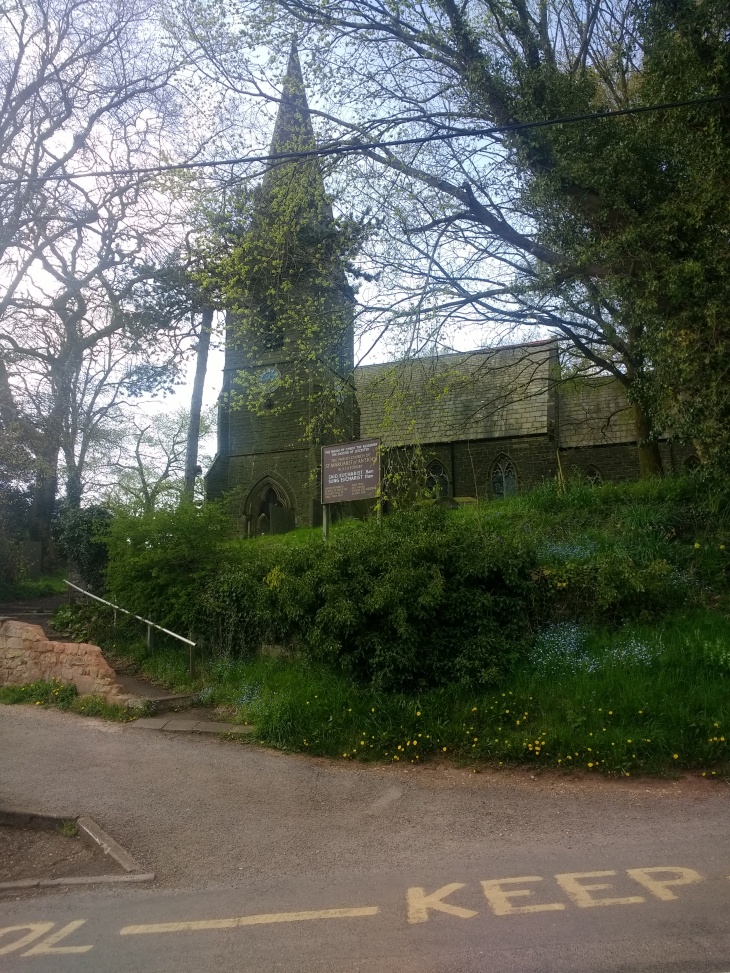 Back in the boozer and the barmaid was happy to pull me a pint of very well kept Bass at a price of £3.20 and then returned to the chat with the professional drinkers’ squad in the corner.

The place was clearly set up for fun and the noise levels were growing although the two older boys sitting at the bar as I ordered my pint didn’t move a muscle, crack a smile or say a word…then proceeded to carry on talking after I’d sat down.

However, I liked the look and feel of this place and even though it’s slightly off the beaten track it is worth a visit.

12 thoughts on “A Question Of Priorities In Blackfordby”