Melton Mowbray is clearly famous for its pork pies and is sandwiched between Nottingham and Leicester.  I say sandwiched but the rural capital of food, one of six homes of Stilton cheese, would rather be covered in pastry than bread.

It’s a town that has a buzz of an evening I would imagine as it’s too far to travel to either of the aforementioned cities unless you have planned in advance, so Melton fills the gap in the market with an abundance of boozers.

With a population of 26,000 potential drinkers and suitable demographics then this little zone of Leicestershire farmland is a honey pot of a weekend.

So, as I was watching the market being dismantled for the evening on one of the hottest Saturday’s in history during May, at around 4.30pm, it came as no surprise to see a boozer that was full of life.

207 – The Half Moon LE13 1NW is a fantastic building situated next to a pork pie shop, a sausage shop, within some wonderful architecture and had many positives.  The biggest one being was that it was selling Bass! 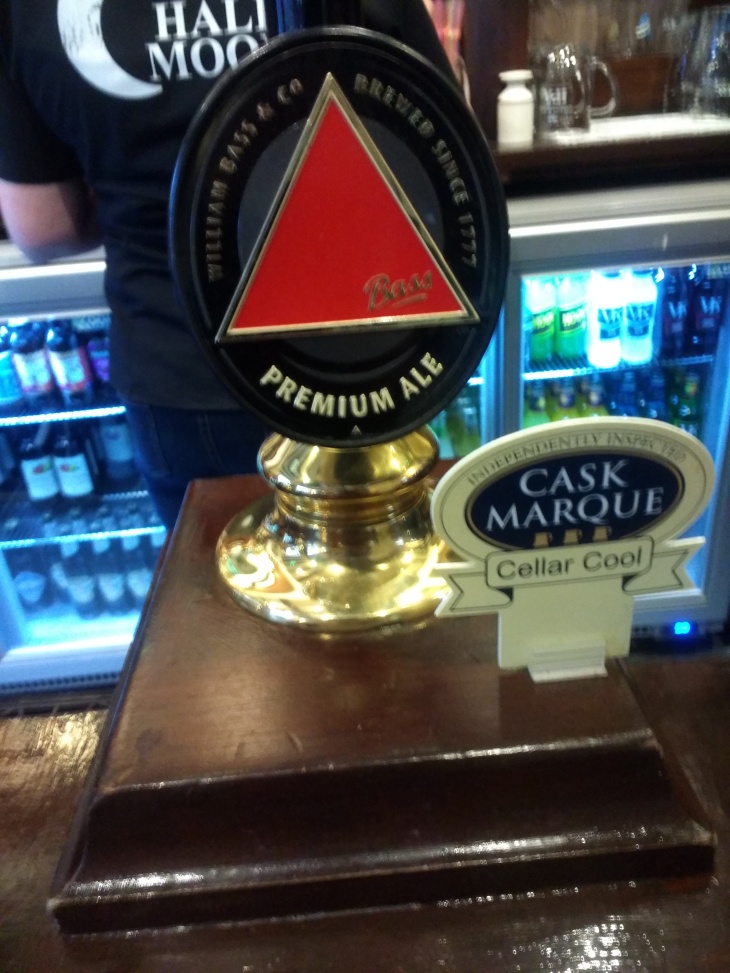 And it was well kept too as I sampled a top notch half pint in a boozer with atmosphere in spades.

There were kids rampaging around the beer garden, very earthy with lots of blue language (not the kids), the Black Eyed Peas were banging out in the background and there was a TV screen showing “At the races, “ which is always a sign of where a pub is at.

It is situated in a prime spot for market traders, next to Melton’s biggest attraction, and was in good health with the Bass clearly turning over a lot of pints as it was spot on.

A stroll across town brought me to  208 – The Gas Tap LE13 1AE which has only been open for two years and is a converted sandwich bar for all you Micropub aficionados out there. 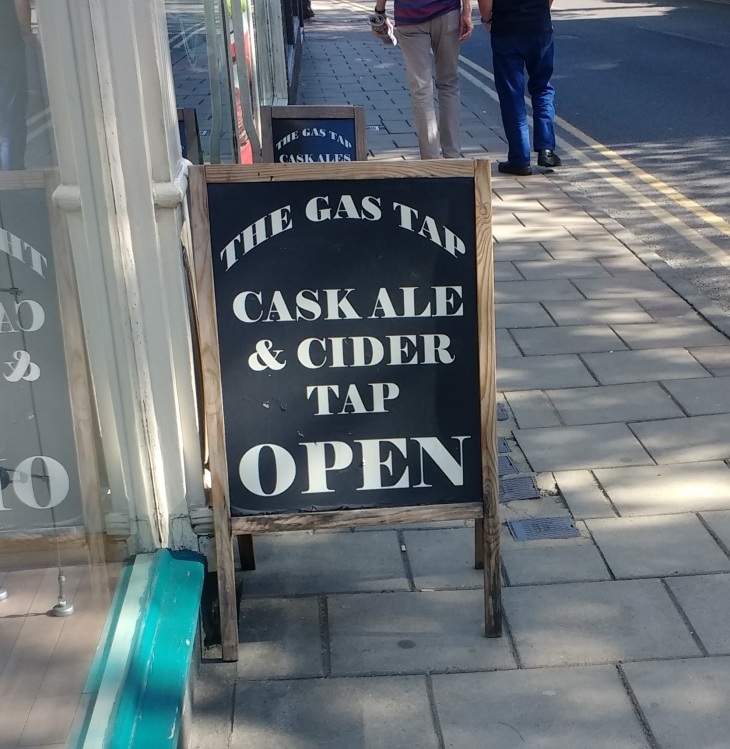 It can apparently hold 25 punters and has been given rave reviews and must be applauded for bringing a historic building back to life known as “The Old Club” which was Melton’s first (and possibly only) gentlemen’s club.

I had a very good pint of Luke Styporker (Pot Belly) served directly from the ‘barrel’ and the gaffer was friendly enough whilst there was a decent selection of newspapers to get stuck into as well.

However, and this is possibly the first time I have felt this whilst visiting a smaller boozer, it felt a bit like sitting in a shop.

Don’t get me wrong, there were six other people in who were chatting and there was no edge whilst the gaffer was good value for a bit of local gossip with the two punters perched closest to the bar, but it didn’t have an atmosphere to rival the Half Moon. 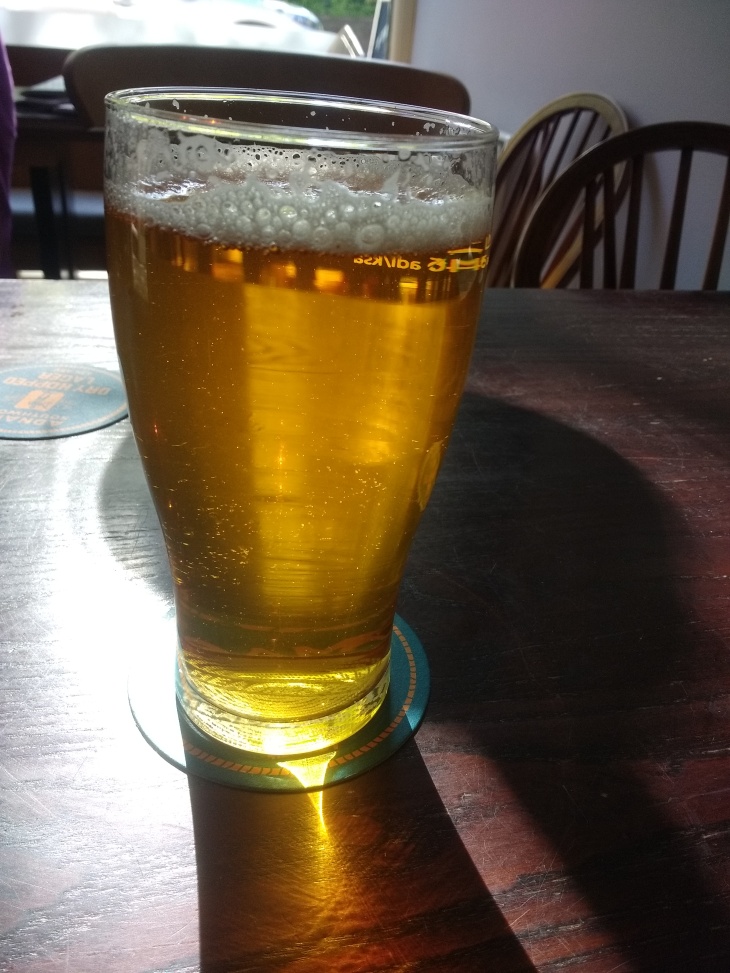 I think that all open pubs are worth their weight in gold (well most of them) and in an era when they are shutting regularly then it is great to see this one open up on the Burton Road, which isn’t an area that is short of boozers by any stretch of the imagination.

If I was comparing the two then they both had good beer on, but the buzz of a market crowd meant the Half Moon felt a little livelier and the presence of a karaoke evening would suggest that is the case.

However, the good news is that, in 2018, whatever your preference, there is a place for old and new boozers and Melton Mowbray certainly has pubs aplenty to go with its history, pork pies and farming.

7 thoughts on “Melting In Melton Mowbray”