After my recent rant against local authority and public transport I realise it is time to give the punters what they want again.

And what do the punters want exactly?  Estate pubs are definitely on the list…the sort of places Alan Winfield can spot a mile off.

Throw in a PC and a WPC talking to a bloke in a car on the car park and its ‘estate’ credibility went up another notch.

I didn’t think taking a picture of that was a particularly good idea so I thought I’d keep my head down and walk inside 210 – The Chestnut Tree DE23 8PJ in the Pear Tree suburb of Derby.

With the tremendous Ramgarhia Gurdwara Temple prominent in the background then this boozer, like many in Brum, has been taken over as a proper pub selling Indian food.

Like all good estate pubs there was no cask on so I had a pint of Mongoose and there were a couple of lads playing cards with a backdrop of old school Ska/reggae music before the Arctic Monkeys and This House Is A Circus shattered that vibe.

The pub was basically one big room with a function room also available and as with all estate pubs it likes its football, although this is true of most pubs in Derby and there is the obligatory Clough/Taylor mural… 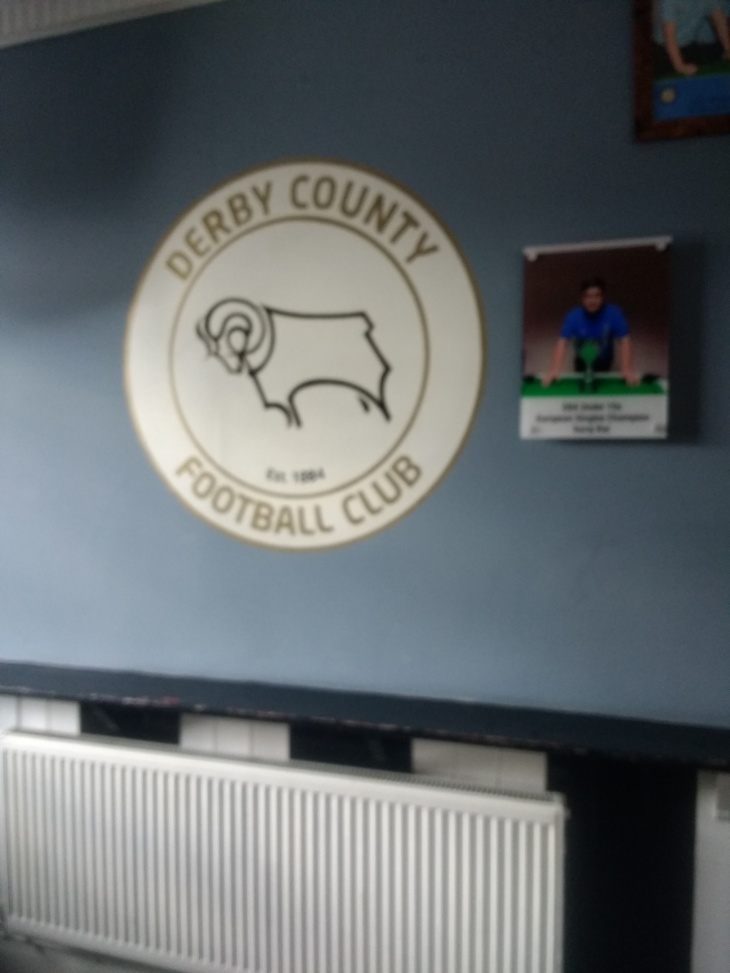 as well as a big screen showing Sky Sports.

Chuck into the mix a juke box, pool table and darts board and the place looks pretty smart inside.

In fact, there was clearly a lot of success with their pool team although blurred pictures (see above) mean I’ve forgotten exactly what it was!

I like the modern estate multicultural mix as the pub was being run by a British Asian guy and there was a mix of punters from all backgrounds in there, which was great to see.

Normanton and Pear Tree wouldn’t win any awards as Derby’s most sought after postcodes but it is great to see a pub like this surviving and selling Indian food although, ironically, the two British Asian guys playing cards were just tucking into a big bowl of chips.

I like pubs like this because if you are local, you are in the gang and welcome at all times.  It was friendly enough for me too and with bench seating, a classic vinyl disco of a weekend and lots of houses in close proximity this is a welcome throwback.

This is what people want to read about – pubs they aren’t likely to visit – I’m back on track!