It’s not often you find a pub so niche that it doesn’t exist on Whatpub?

The CAMRA website is comprehensive and not much passes them by but it would appear as though 230 – The Ashby Woulds DE12 6EX isn’t yet on the scene but it was very much open when I popped in for a pint of Pedigree (Marston’s) at around 5.30 on a Thursday afternoon.

If I think of the term estate pub then it was probably coined for this place as it is in the middle of an abundance of chimney pots, next to a slightly run down shopping precinct and clearly serves the local community of Moira well.

Although when I went in it wasn’t serving too many of them – two to be precise – who were enjoying a game of pool but, I have to say, the pint was top class. 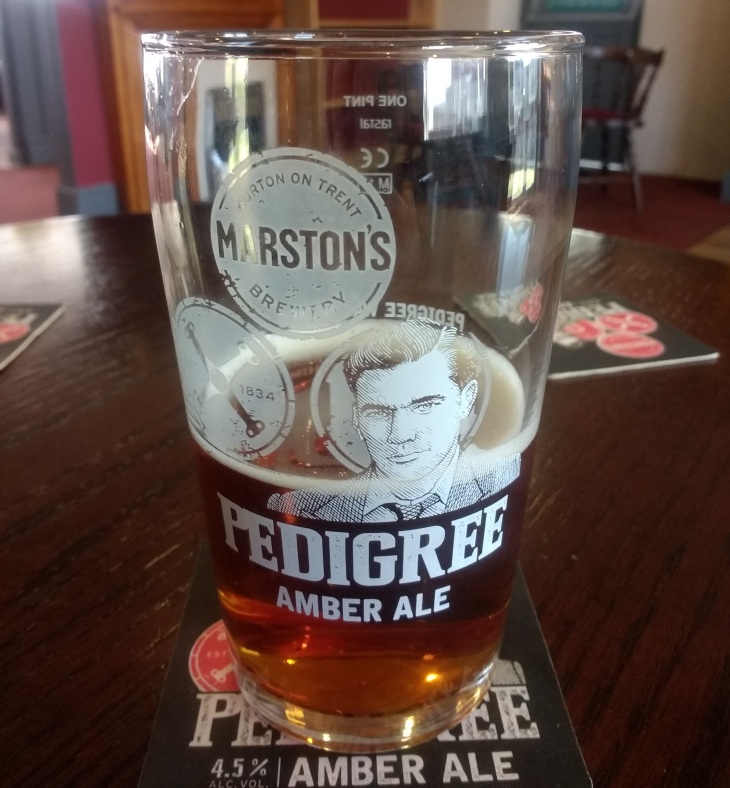 I had a chat with the landlady who (sensibly) said they were only putting one cask ale on as they wanted to make sure it was good quality and they had spent a long time cleaning the pipes on arrival…five weeks ago… and hoped they would attract more of the local punters back in.

Open mic nights and a pool team in the Burton Pool League is always a good way to connect with the local vicinity and they have spruced this place up inside and clearly care…pubs like this are a welcome addition to Moira and this is tucked away in backstreets so you wouldn’t find it unless you were looking for it.

It looks as though the Blue Bell in nearby Blackfordby has gone bump so a new kid on the block (although this doesn’t appear to be particularly new) is good to see.

The owner is enthusiastic and keeps a good pint of beer so hopefully The Ashby Woulds will succeed but it has a bit of a social club feel at present and will need a few more punters in than I saw on Thursday if it is going to make its mark in Moira.

6 thoughts on “Secret Destination In Moira”