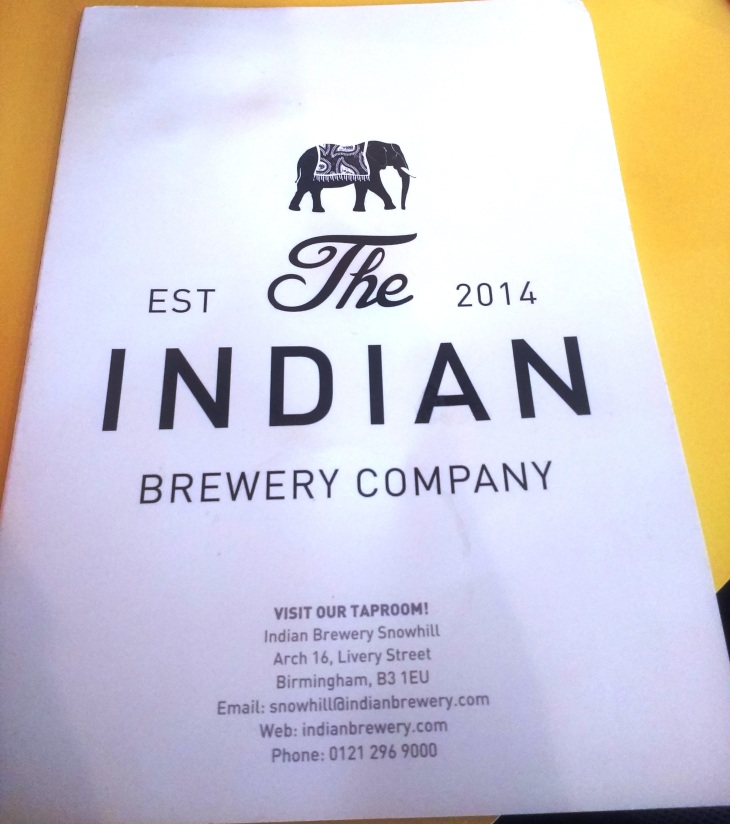 I quite often bang the drum for Brum and the amount of breweries and bars continue to mushroom in the city centre.

Burning Soul, Rock and Roll Brewhouse, Two Towers, Dig Brew Company and The Indian Brewery are all in the city centre with Davenports also making a comeback and the likes of Froth Blowers Brewing Company, Moseley Beer Company and Birmingham Brewing Company in the suburbs then the future is looking bright.

(oh look there’s one to the right) 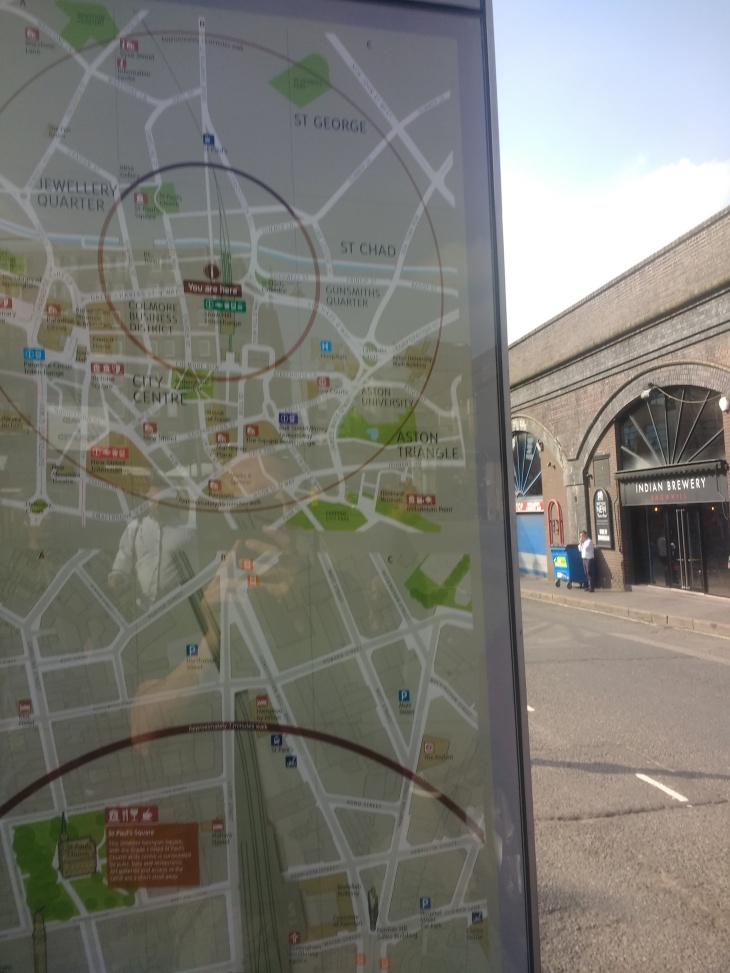 Whilst this might not seem a huge amount for the Second City it is a massive improvement on what used to be a beer desert in Brum with only the Black Country providing any kind of local ale scene.

This has all changed now and there are some cracking boozers and cracking beer on offer with cask or craft (basically good beer) increasingly in demand.

239 – Indian Brewery Snowhill B3 1EU has been at the forefront of this and their boozer situated under Queensway Arches on Livery Street at Snowhill Station has been such a success they have recently doubled the size. 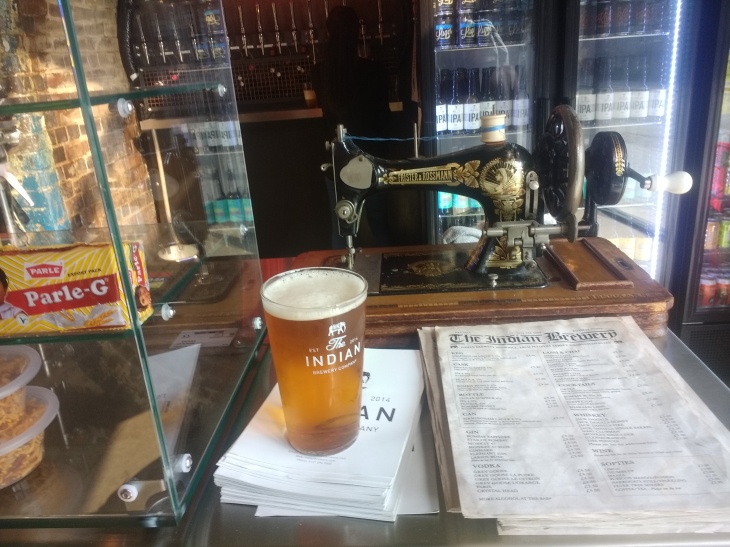 I’ve been here a couple of time before and I have to say I really like the atmosphere and there is no issue about just sitting (or standing) and having a drink and it is a good boozer that sells excellent Indian food.

I’ve had their Birmingham Lager before and it was excellent along with the Indian Summer but the last two times I’ve been, including this one, their own beer was average.

My three pals also felt the beer lacked a little something and it’s a shame as this is a great bar and very popular but they don’t always seem to get their beer right.  However, I have had excellent beer there in the past so I need to add that caveat as it is cracking when on form and there are many reasons why cask ale may not be on top form at any given time. 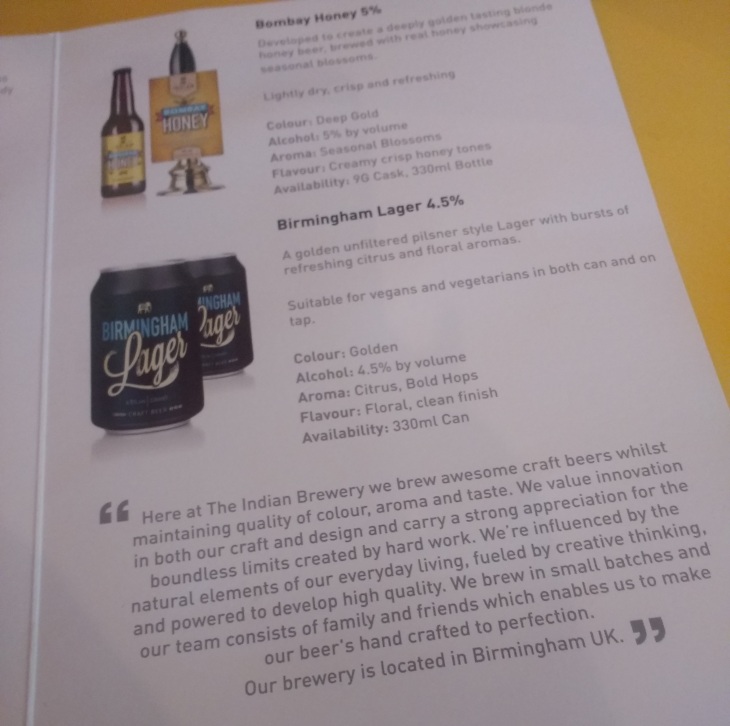 Of course, there are plenty of other options on the bar but I’d really love them to crack it consistently as Birmingham needs more places like this and more brewers to be successful as this will hopefully ensure everyone is on top of their game. 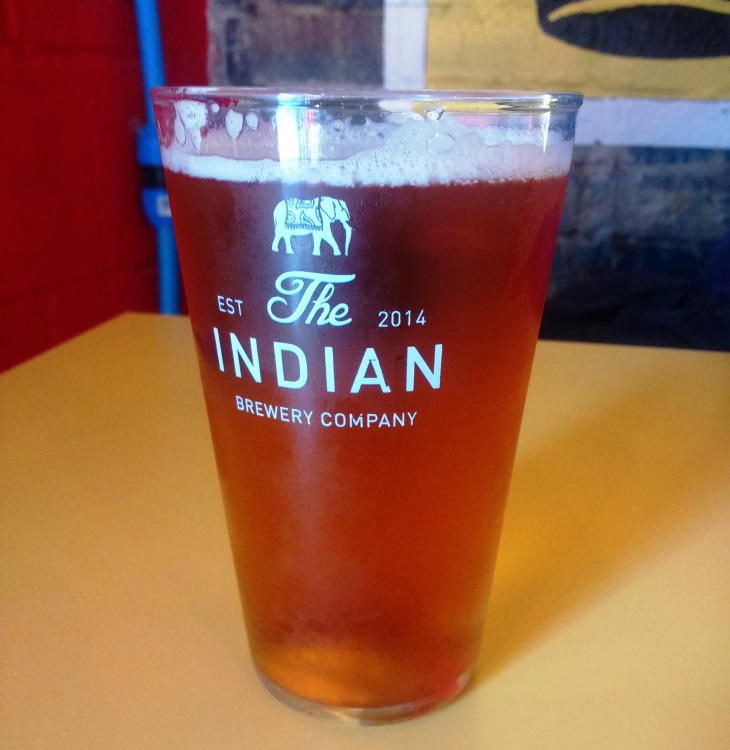 I like this beer and it is a place I would continue to go to again as Mrs BB liked it previously and the boys were more than happy with the venue.

And what’s there not to like? It has a really nice modern feel to it and the locals have really embraced this place

and I would imagine it picks up a lot of ‘suits’ trade in the week due to its proximity to the business quarter and train station.

I like the fact they’ve restored disused archways to create a good boozer and the food is absolutely top drawer as well.

This place is well worth a visit and I’d recommend it as a must on any Brum pub crawl and I’ve had some good beer there but would like a sunshine beer every time without the occasional shower. 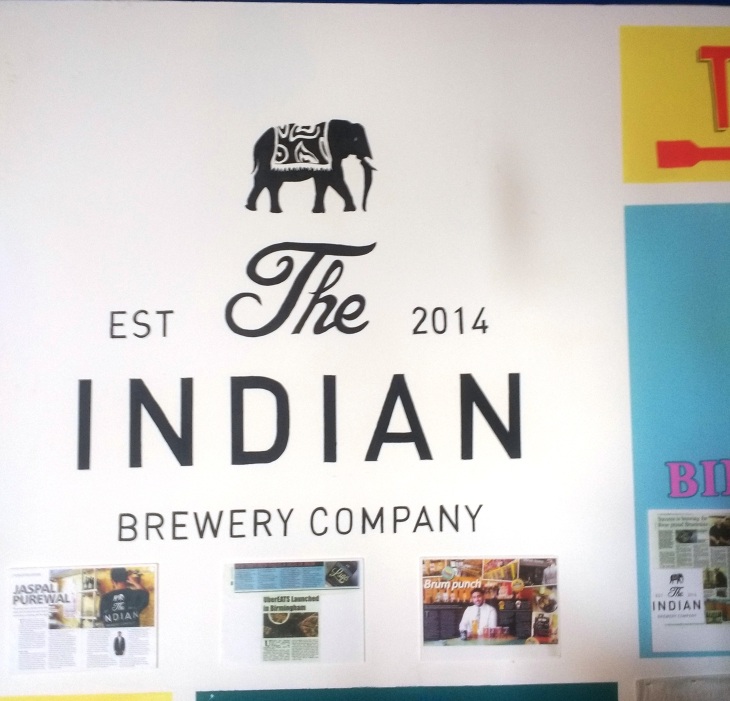