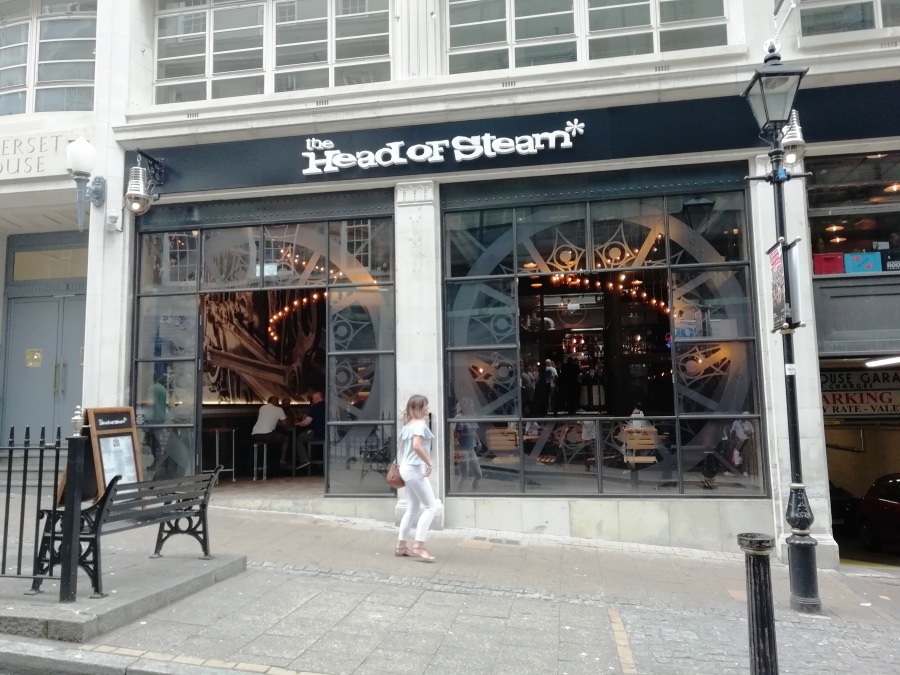 A chat with fellow Brummie  https://twitter.com/FotoDigitalArt in the comments section of my last post made me realise just how much choice there now is in the ever changing landscape of Birmingham’s pub scene.

Pete, Martin, Mudge and BRAPA have all adhered to the new pub blogging rules that you must post on at least three Birmingham pubs in July whilst Pubmeister has made an effort of sorts incorporating Halesowen and Stourbridge in his post and Paul blogged around Cheslyn Hay, which is close enough! 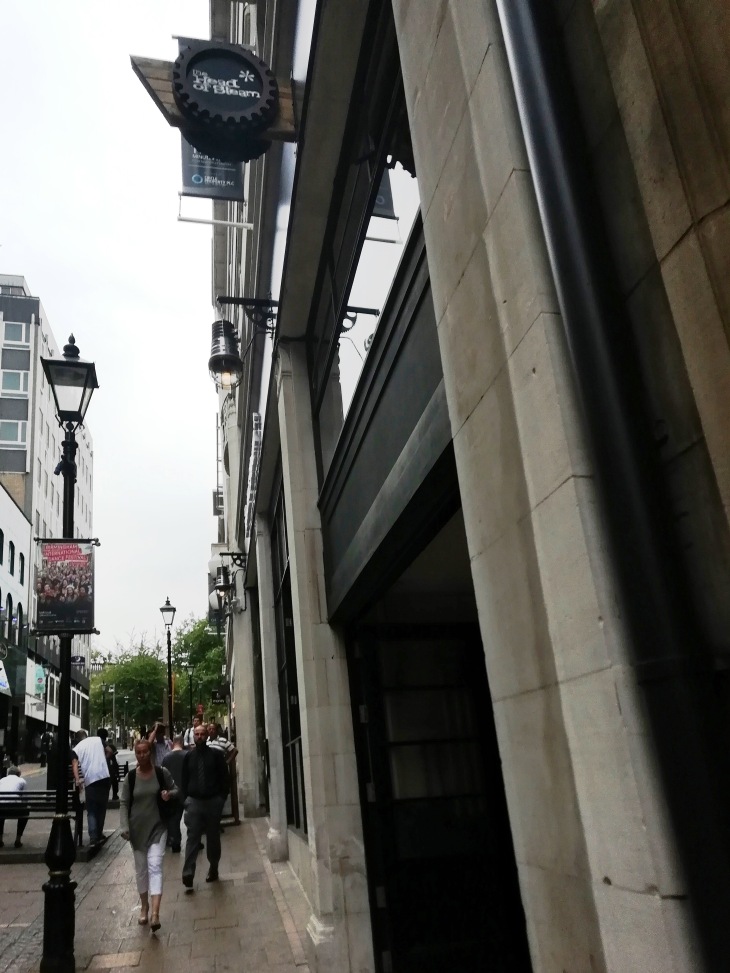 Anyway, in order for me to fulfil the criteria I needed one more this month and celebrating the wide variety of choice in 2018 I headed for new kid on the block 257 – The Head of Steam Birmingham B2 5DP. 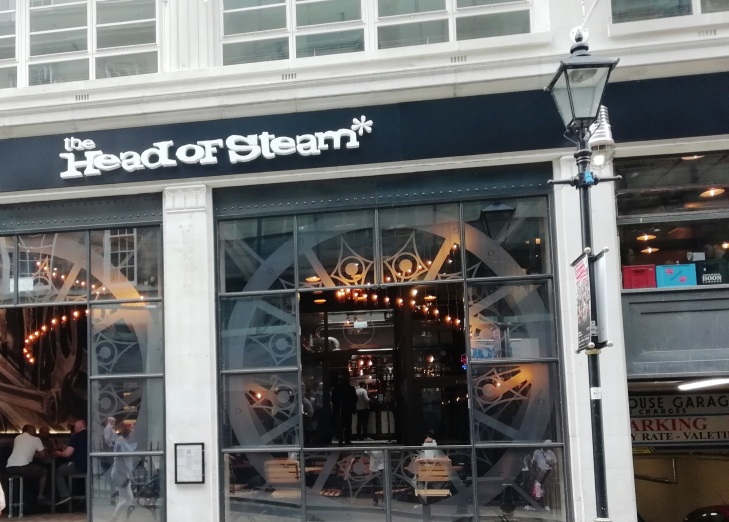 This has only been open about a month but is situated slap bang opposite The Trocadero on Temple Street and about a one minute walk from New Street Station.

It was absolutely rammed early Friday afternoon and it seems to be hitting the right notes for all sections of society.

It is modern inside; I believe Camerons Brewery describe it as ‘steampunk,’ whatever that means!   However, if a building has no history as a pub then I think making it modern is arguably the best idea, as there are plenty of good ‘character pubs’ in Brum so you might as well be bright and brash. 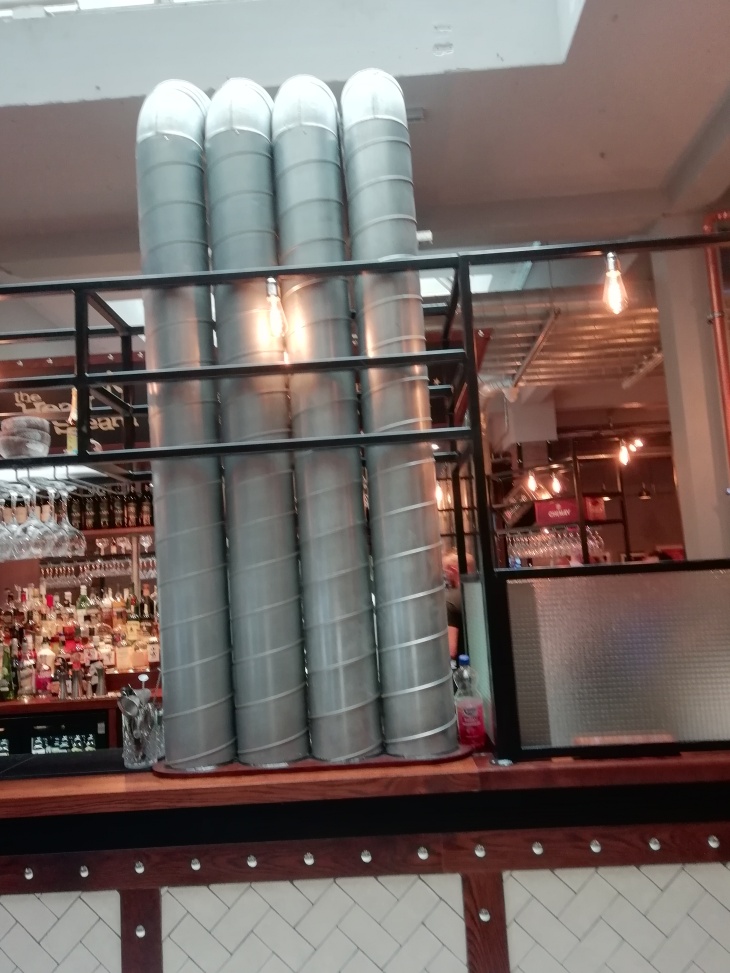 I really liked this place and had a half of Obelisk, which was fantastic. Cold, hoppy and tasty, this made a big difference on a roasting hot day.  Alan would describe this as ‘craft murk’ but I couldn’t actually get to the cask as the queue was too big so I had to drop my shoulder and sneak into a tiny space by the keg lines. 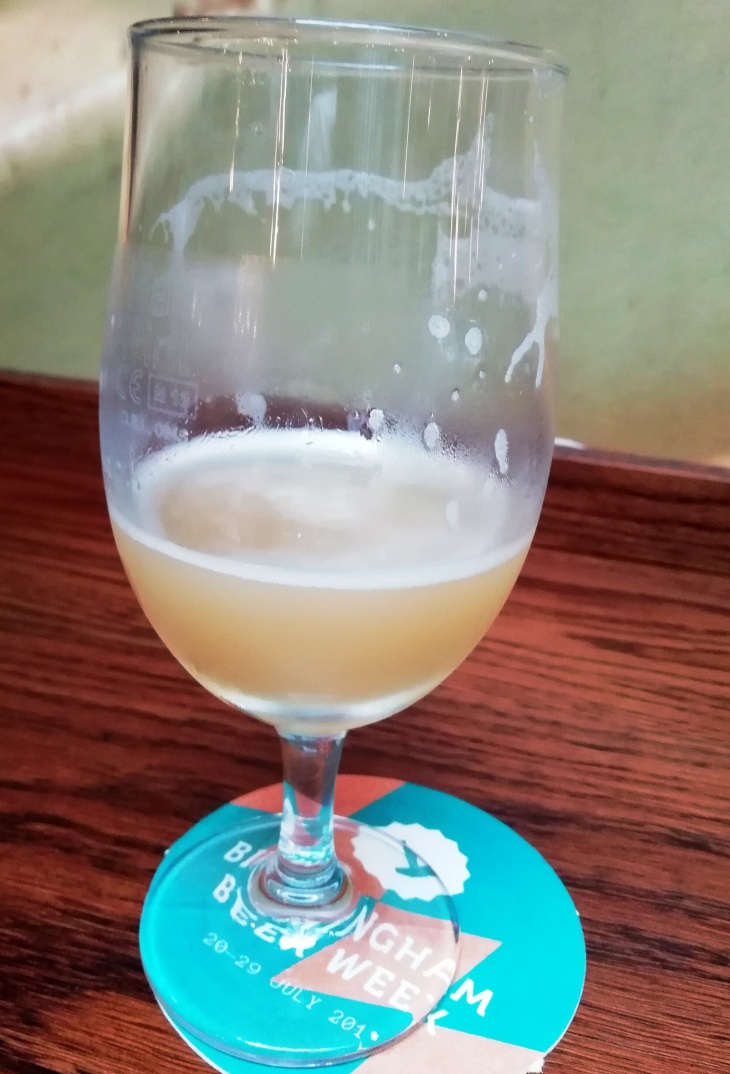 I saw suits, couples, groups of women, groups of men and also a pleasing  selection of ages with blokes in heavy rock or star wars t-shirts alongside blokes in Paul Smith attire.

Predominantly people were drinking but there is a section for eating and I think this bar is going to be a hugely welcome addition to the Second City pub scene. 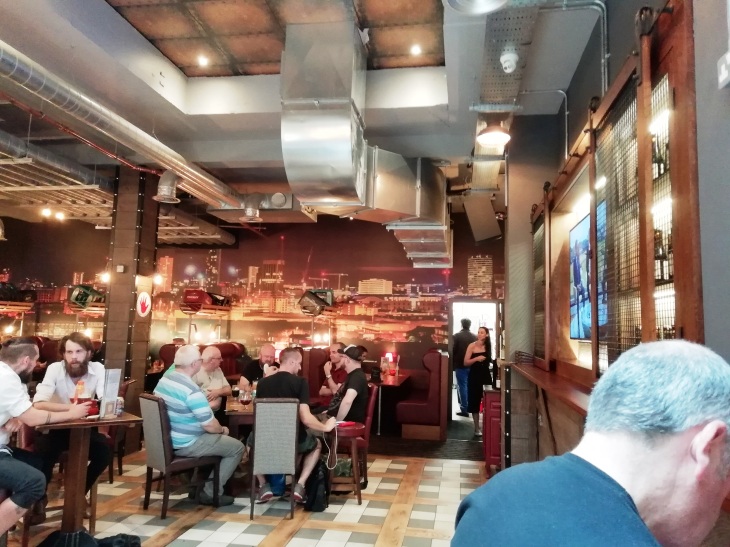 A bloke spoke to me in the toilet, as you do, and he said “The beers in here are f****** great.”   I replied that I was only having one as I was heading to the cricket later and he couldn’t quite share my enthusiasm for the Bears.  “All these beers and you’re going to the cricket?  F*** the cricket, stay here!”

However, I will be coming back here as Camerons Brewery have found a winning formula with this buzzing atmosphere and the choice of beers in pubs like this is unbelievable. 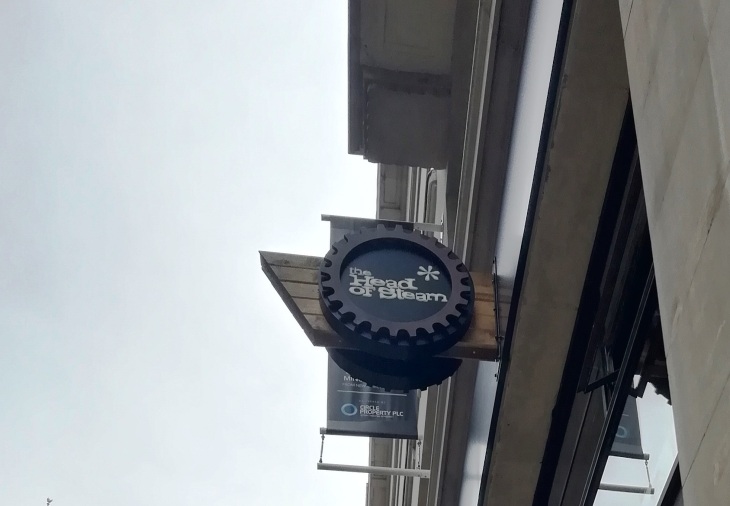 16 thoughts on “Building Up A Head Of Steam”