With the news that Bristol Rovers have been broadcasting Babestation from a clubhouse inside their Memorial Stadium ground https://www.bbc.co.uk/news/uk-england-bristol-45194443

The defence counsel has already put forward the lame motion that “I missed it when I walked in your honour and had already ordered when I noted it was there,”

However, this particular jury are known for being harsh on Bass shirkers so I am expecting a blogging ban that will last weeks rather than days and they are believed to be calling in VAR to confirm my negligence.

(VAR positioned secretly between the bottles – controlled by Pierluigi Collina) 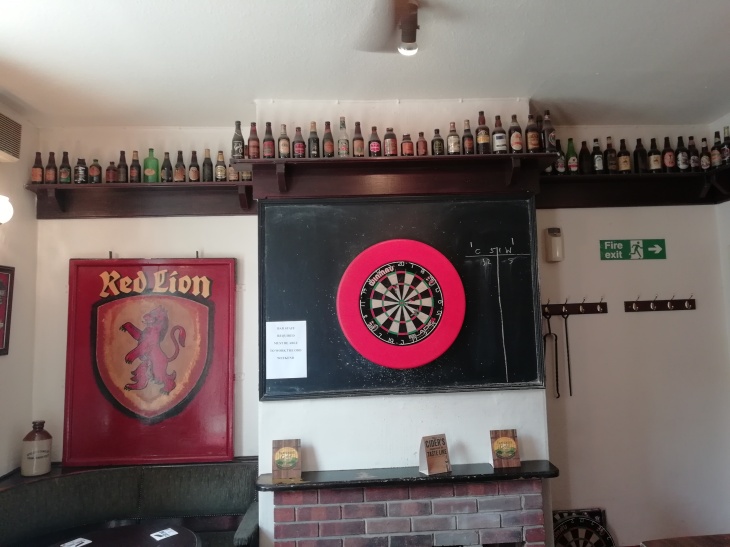 If the ban is upheld then I couldn’t think of a better place to blog from until my suspension is lifted than this boozer in Kegworth.

but I only had eyes for the Red Lion.  Even at just after midday on a Thursday, there were quite a few punters in and this was a warren of around four rooms all served from a small central bar.  It had what Mudge would term ‘A proper pub’ feel to it.

The landlady was incredibly helpful and I had a cracking half pint of Shine On (Milestone)  which was one of seven potential beers on the pumps.

Bench seating, dart boards, all kind of random reading material as well as also offering en-suite accommodation ensure this is an absolute corker of pub. 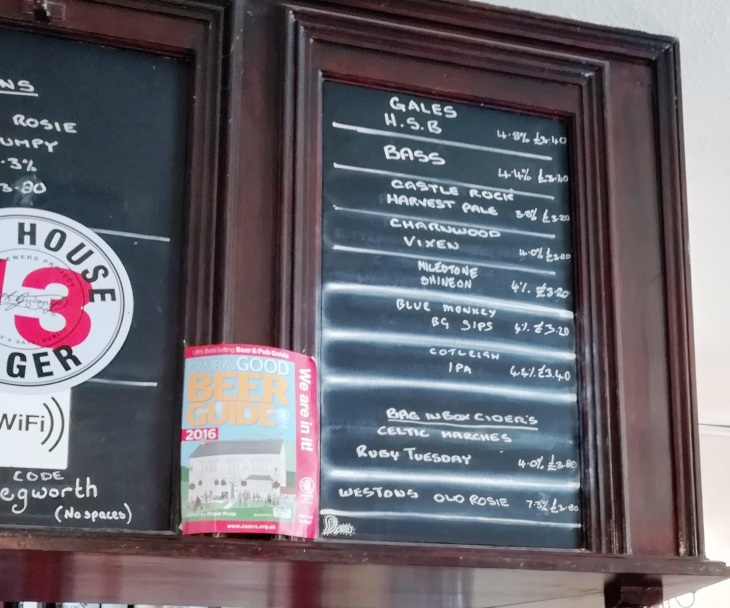 Kegworth itself is within commuter distance of East Midlands Airport and close to a hugely busy roundabout intersecting the A50 and M1 in Leicestershire.

Whilst the Milestone beer was excellent the fact Bass had a pump all on its own and was set on a different side of the boozer proves just what high esteem it is held in. 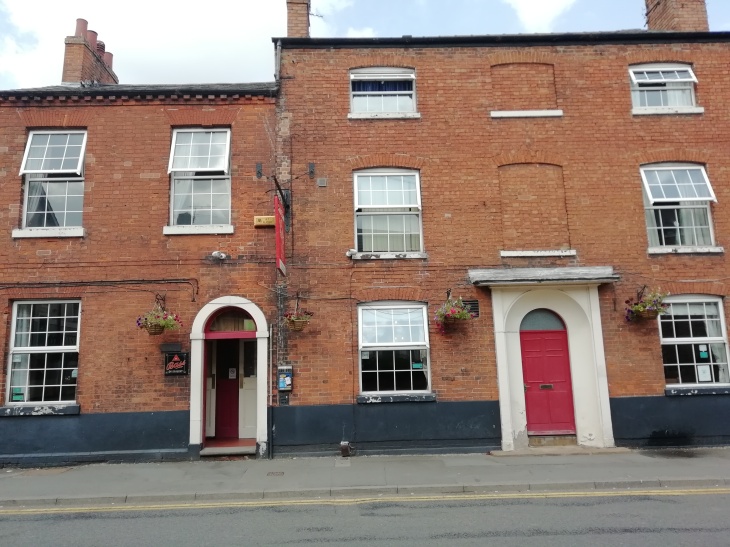 Either way, a top pub that is well cared for and definitely worth a visit.