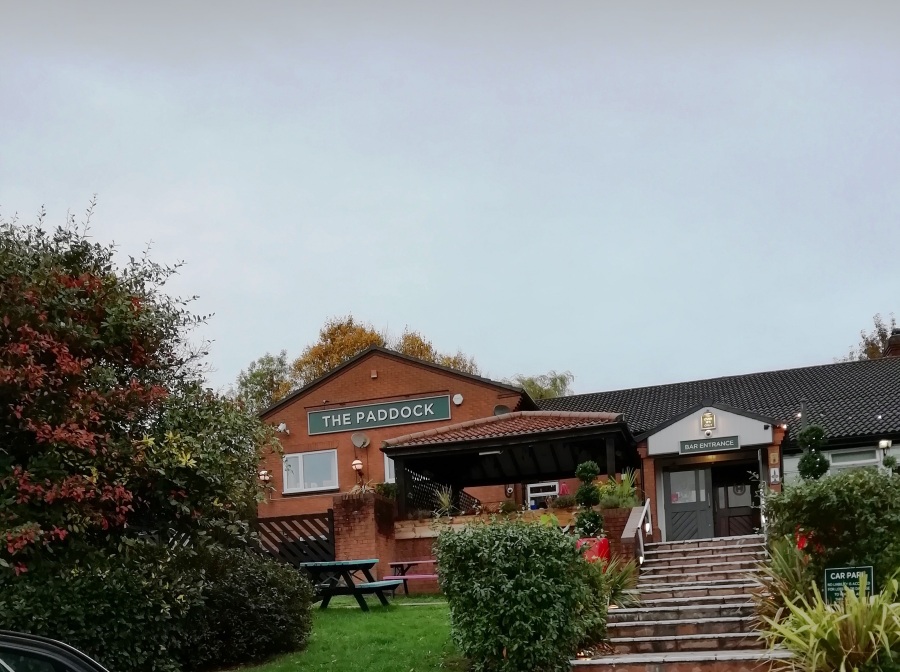 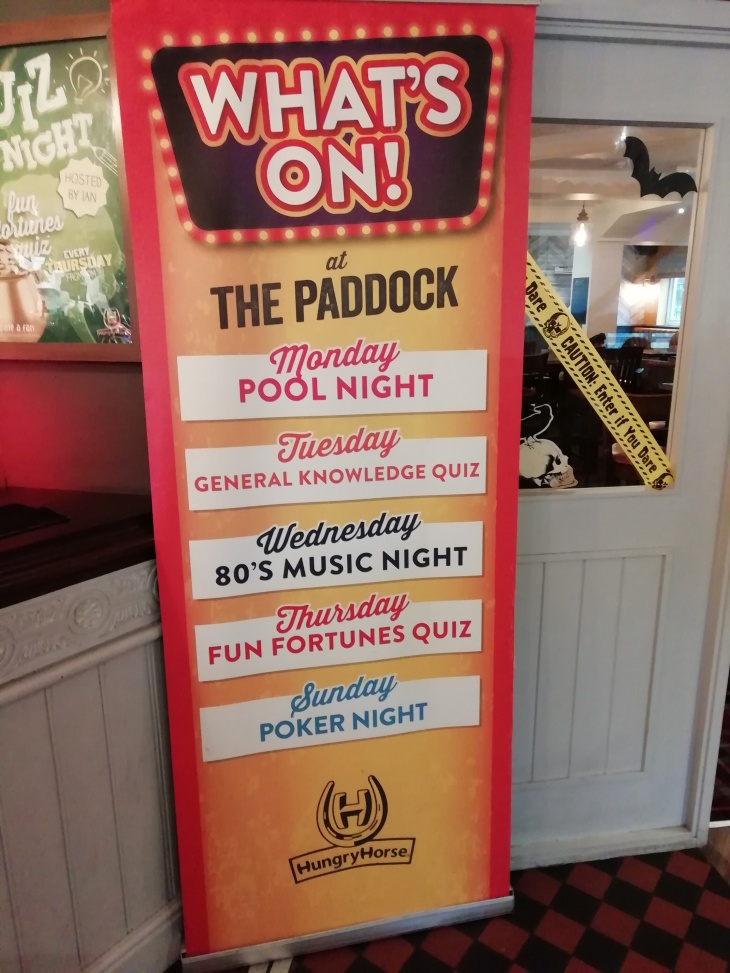 Greene King comes in for a fair bit of flak for their stock of boozers and range of beers but, when you look at the alternatives; then it isn’t always bad.

Like Mitchells & Butlers and Marston’s they have a variety of boozers in different guises in which they try to cater to different markets.

The Hungry Horse chain doesn’t carry a huge amount of kudos amongst the PUB (Pub Union of Bloggers) fraternity and it’s safe to say if you want a ‘kid free’ experience they won’t be in anyone’s Top 10.

Nonetheless, I am putting my head above the parapet and saying I have found a more than decent Hungry Horse in Breadsall, Derbyshire. 296 – The Paddock DE21 4AW, which is situated just off the A61 in Derby has been there since 1987 and is definitely a locals ‘estate’ type pub that is filling a niche.

Apparently, it underwent a ‘back to basics’ John Major style refurbishment around 16 months ago…

…and it was full when I popped in with my lad for a bite to eat and a pint on a Sunday at around 5pm.

Unlike a lot of ‘Hungry Horse’ pubs I’ve  drunk in this one definitely had the feel of a boozer where you could buy food.  First up, there are two rooms and the back room has a definite sign – Over 18’s only – and there is a pool table, the obligatory Brian Clough Derby County quotes

There is also Sky Sports on an array of screens with both the golf and Scotland’s inevitable defeat to Portugal being shown and I reckon the locals of Breadsall will come in here for a pint. 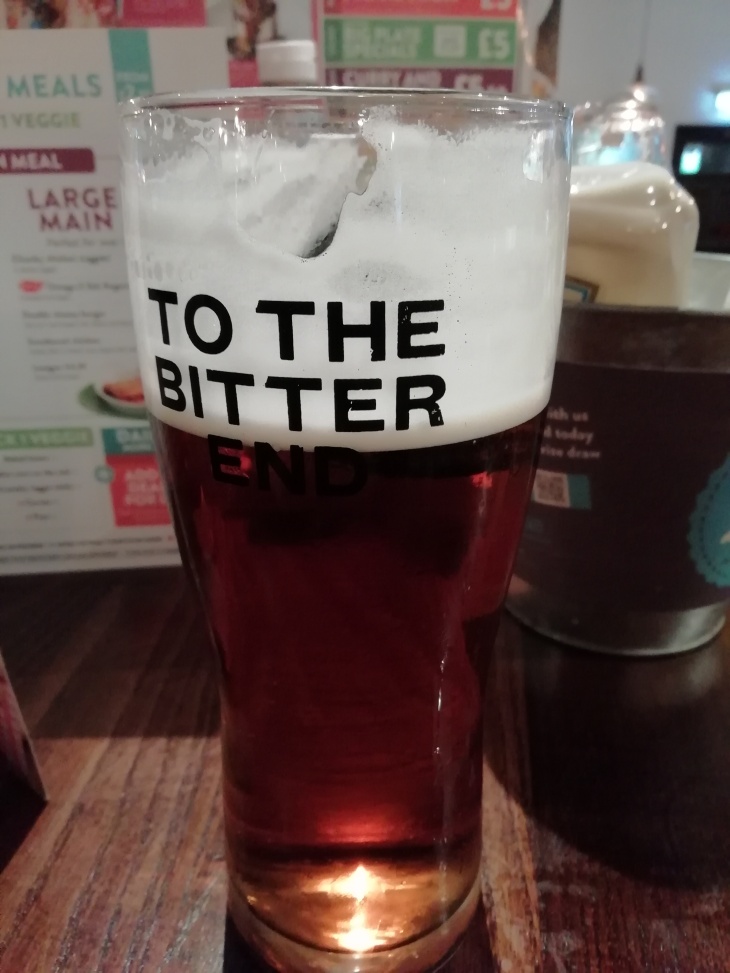 It looked that way as there was quite a lot of teenagers/twentysomethings having a beer and a fag outside whist there were couples and older groups of lads in the bar area whilst an abundance of families in the eating area with their cheap and cheerful grub.

There were tunes pumping out that must have been new as I didn’t know any of them (!) and a real Halloween theme around the boozer, which shows that someone cares enough to make an effort.

It had cask ale GK IPA and Abbott as well as Punk IPA so it is hitting all the cask/craft targets along with beermats, food and live sport means it is pretty much covering all bases.

Breadsall and nearby Chaddesden aren’t overrun with pubs so this is clearly here to stay.  Sometimes, It’s easy to be a beer/pub snob and forget that most people don’t travel miles for a beer, but want something on their doorstep.

The Paddock ticks all the boxes of a proper estate pub and offers cask/craft and keg…what more could you want?  Eighties build pubs are going to become the new retro…

In other news…I’m off to sunny Spain for a holiday so blogging duites will resume in a week’s time… Adios!

21 thoughts on “In Defence Of Greene King: A Very Thirsty Horse At The Paddock”