I’ve been trying hard to match Martin’s musical output on this blog but aside from a duo banging out Erasure covers (Riley) at The Blue Lion in Thrussington, there has been a paucity of content to say the least. 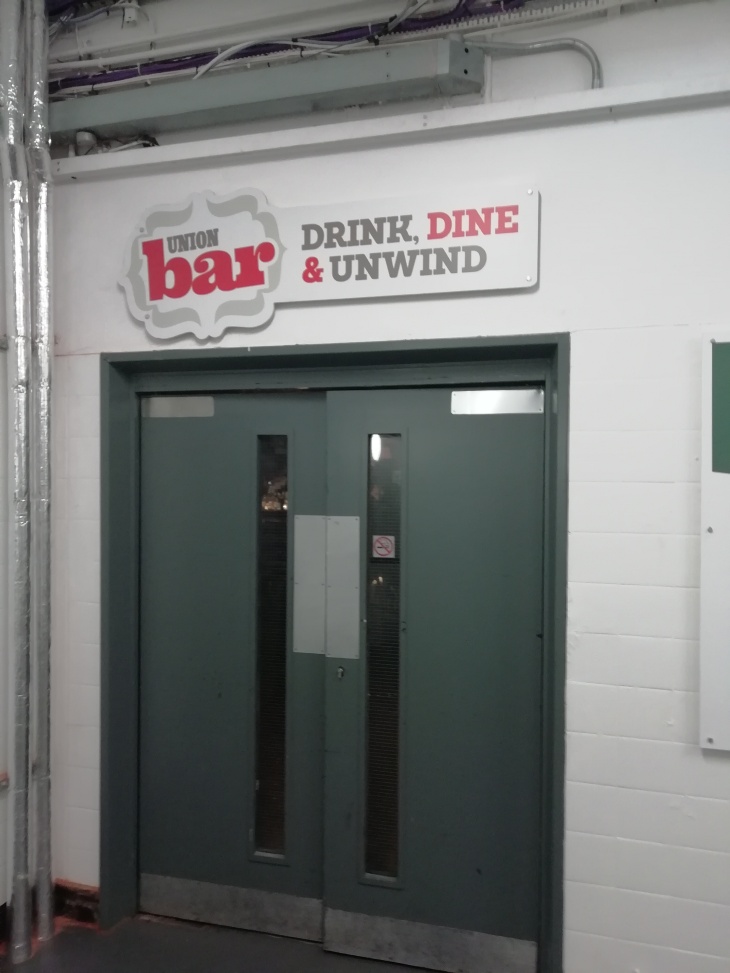 Yes, the odd musical attribute to Strummer, Chas Hodges and The Specials aside, I’ve not really been able to wax lyrical about my gigging prowess.

However, a chance to see the modern day PJ & Duncan at Manchester University was not to be sniffed at and I feel it definitely merits a mention in this blog.

The Buzzcocks, Happy Mondays, Stone Roses, New Order or Oasis could all have been on the agenda and, to be fair, it was a sweaty, sticky floor/no seats type of venue.

Nonetheless, that is where the comparisons end.  I know Martin often takes his lad to watch a Deathcore metal gig but I reckon I went above and beyond in taking my kids to watch Max and Harvey in Manchester on Thursday night.

(Not The Sheffield Tap…)

The added bonus of a train change at Sheffield meant a quick pint of (Mosaic) Pale Ale at The Sheffield Tap and there were bottles of Trooper on at the gig so there were plenty of silver linings.

However, it is safe to say that I don’t ever recall listening to anything as bland as this and when I was ten Madness and The Specials were definitely on my playlist (if there was such a thing in 1980).

More impressive was the absolute scrum of students after the gig had finished shoehorning themselves into the fleshpots known as Manchester’s Student Uni bars and it was – to coin a phrase – absolute carnage! 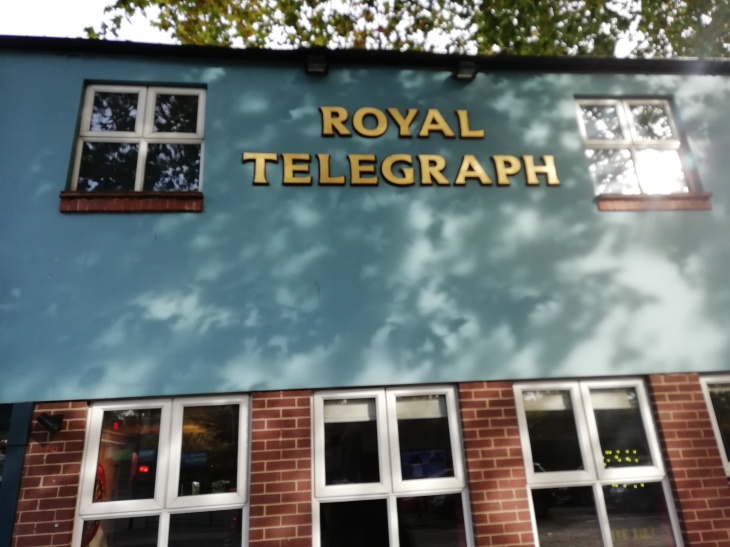 Anyhow, the day before, I had popped into Derby for a pleasant afternoon and had heard a proper 80’s riff mixed into the PM Dawn tune “Set Adrift On Memory Bliss” as I had a belting pint in 299 – The Royal Telegraph DE1 2QS. 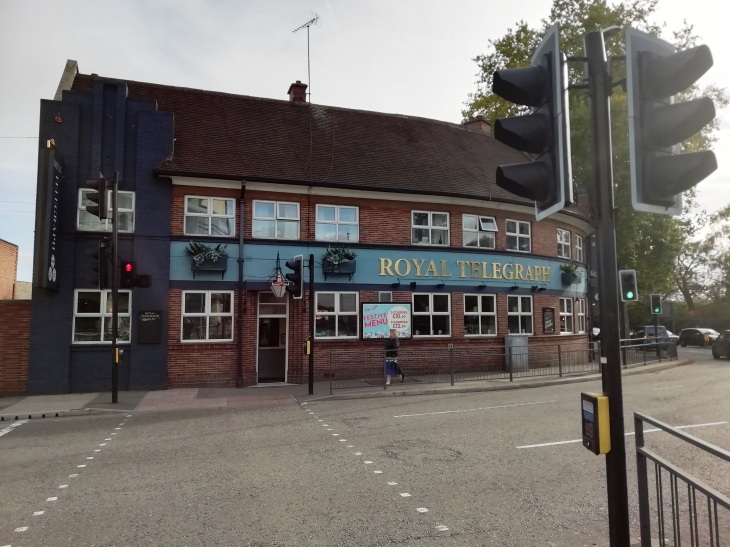 This is most definitely a Marston’s boozer and the food is quick turnover kind of stuff but the beer was outstanding and this is a pub that often falls under the radar.

It’s a big corner plot opposite the imposing Intu shopping centre but not really in the town centre and not really by the gaggle of boozers next to the train or bus station so it needs to plough its own furrow.

It’s open all day and has a pool team and sky sports on whilst also benefiting from a gaffer who keeps good beer and cares about the pub.

(first Xmas Tree of the year?)

The Boon Doggle (Ringwood) was top notch and it was only12.30 in the afternoon; there were a handful of punters in, some of whom were eating so all bases were covered as the barman was also talking about Liverpool’s chances of victory on Wednesday night (very good as it happened!) 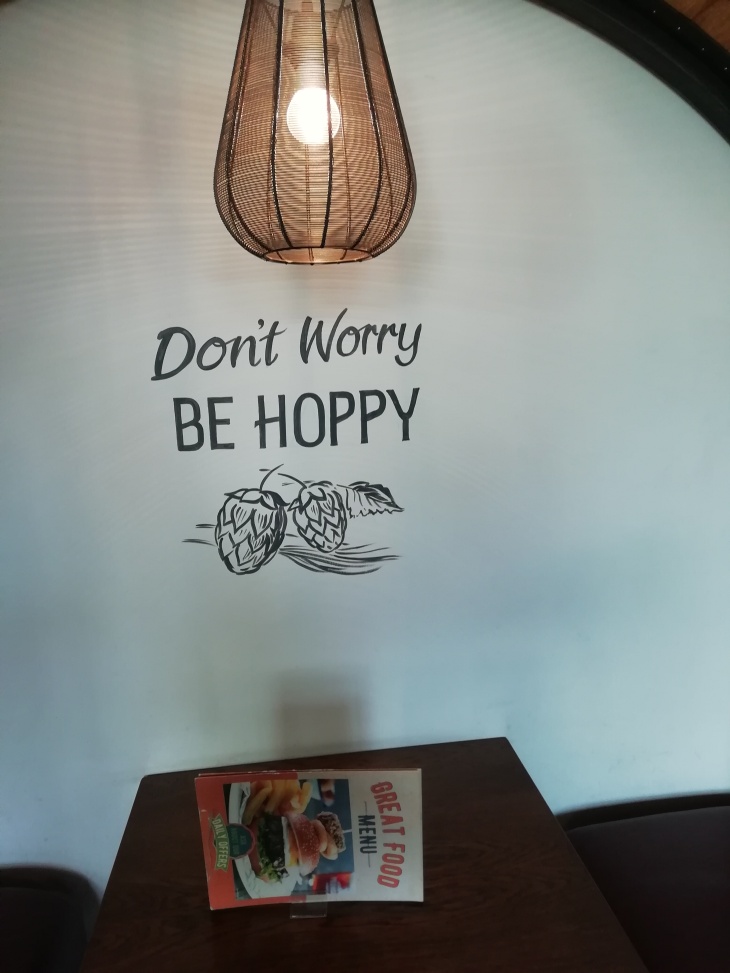 Apparently it was opened in the 1820’s and named after a stage coach that ran from London to Manchester. A road widening scheme took place in 1936, and the owners of the pub at the time bought out the neighbouring pub, the Prince of Wales, and two shops and then rebuilt it.

Marston’s are doing a good job with this place and there are hundreds of town centre apartments mushrooming up in the surrounding area so hopefully this clean, modern boozer can tempt a few new local punters in on a regular basis.

whilst also attracting punters who are on their way to Derby for a shopping spree.

The beer was good, Max and Harvey weren’t on the jukebox and the sun was shining, what could be better?

14 thoughts on “Royal (Telegraph) Approval For Max And Harvey”