In terms of new local boozers, I don’t think you can’t beat a 1960’s shopping precinct to house your project. 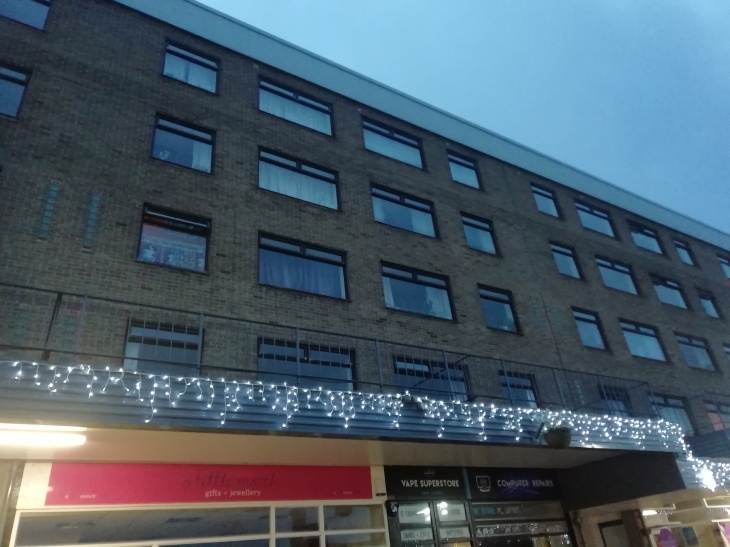 One of the real positives of Micropubs is that they are sprouting up everywhere and often filling up derelict and unused properties whilst breathing life back into an area.

A bit like building houses on brownfield sites, you can see why local authorities are approving most of the applications and it’s hard to argue against it.

Take the Park Farm Shopping Centre in Allestree, a suburb of Derby for example.

A bit of sixties planning at its finest means that as shops bite the dust, the idea of a mixed use/retail/commercial development becomes a pipe dream.

To be fair to this one, it’s still got the likes of the Co-Op, Farmfoods, Iceland, Wilko and a host of independent retailers so is surviving market forces. 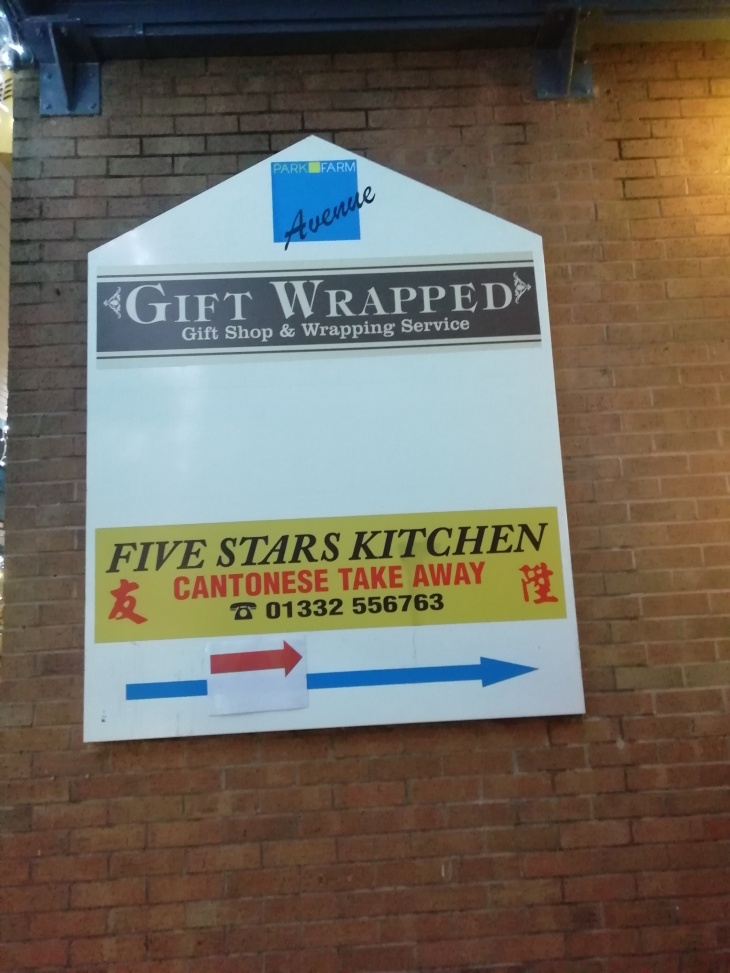 Nonetheless, it’s not a shopping destination and I can’t imagine people travelling for miles to visit; but it has the bonus of chimney pots galore in close proximity.  Well-established houses, bus routes, close to the University and the A38 mean it is in decent location and therefore ripe for a ‘new’ local. 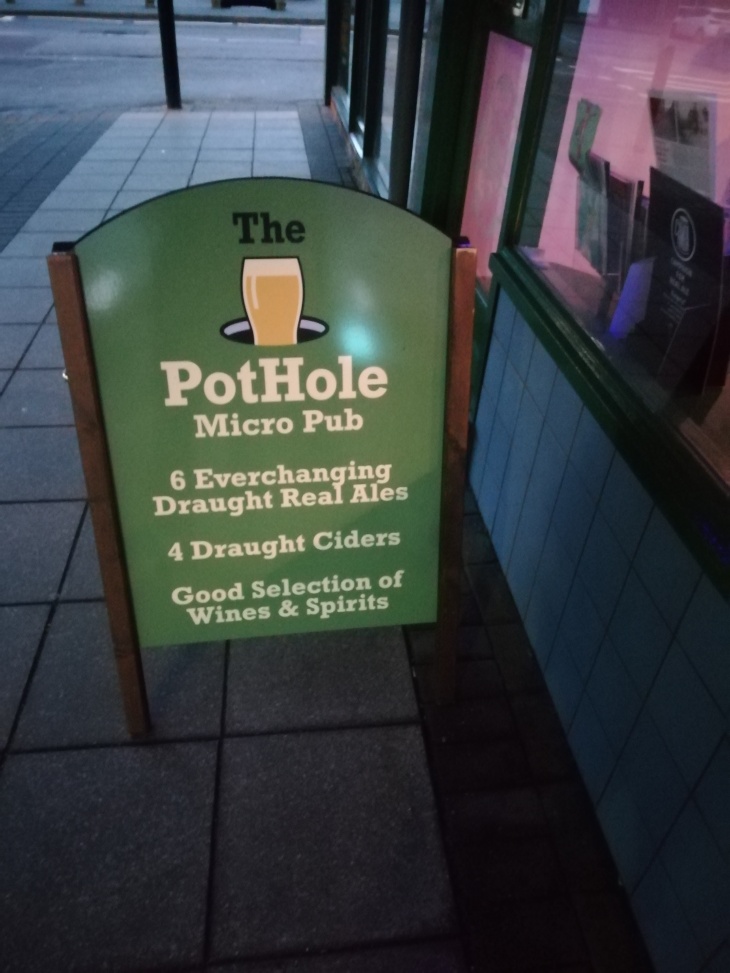 Step forward 329 – The Pot Hole DE22 2QQ, which is located in Unit 17 of the Park Farm Shopping Centre between a vets and a pizza restaurant.

It’s been around for just over a year now and this was my first visit but it felt like a local boozer to me as it had some classic characters.

There was a bloke in a full New Balance tracksuit talking about Mervyn King (darts player not the ex-Bank of England guru) and the conversation then moved on to Steve Beaton looking like Magnum PI.

It turns out he was a darts fan and was waxing lyrical about the days the BDO World Championships was held at Jollees in Stoke back in the 1980s (Keith Deller 138 checkout anyone?)

The gaffer and other punters were then talking about football bets coming in with phones being checked for the Southampton/Manchester City scoreline…all normal pub like behaviour, which gave this the feel of a cracking local.

It also got me thinking…now this might be down to the pubs I drink in or the areas I drink in but I hardly ever hear anyone talking about rugby in boozers.

I know this is World Cup year and the Six Nations is looming but, people only ever seem to talk about football, cricket and darts in the boozers I go into.  Considering rugby is synonymous with beer drinking I don’t see that many lads talking about it – I guess it’s the places I go into!

Worth noting that darts is the second most watched sport on Sky and with Barry Hearn cranking up the prize money, it is great to see a genuine pub game capable of turning you into a millionaire!

Working on Martin’s theory that the pint before looks good I plumped for a very decent King Georges Bitter (Littleover) after seeing a bloke devour it seconds earlier.

There were other pockets of conversation and also – crucially – two toilets!!! A male and female loo means it surely falls into the realms of small boozers as opposed to a Micro… 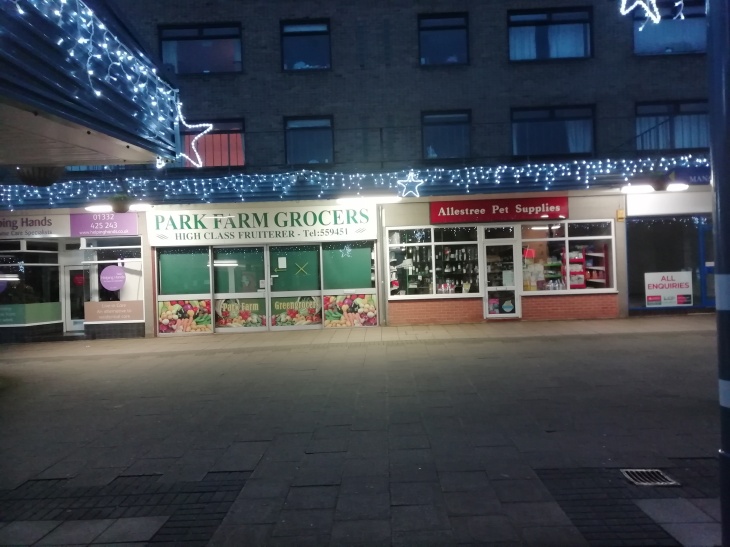 However, I’m all for shopping centres and precincts renting out premises to boozers as empty shops just lead to a feeling of decay.

This place felt like an established pub and is close enough to houses to ensure lots of locals will pop out for a pint.  It serves good beer, the punters talk about most things apart from beer, like all good pubs should, and there was an atmosphere inside the boozer. 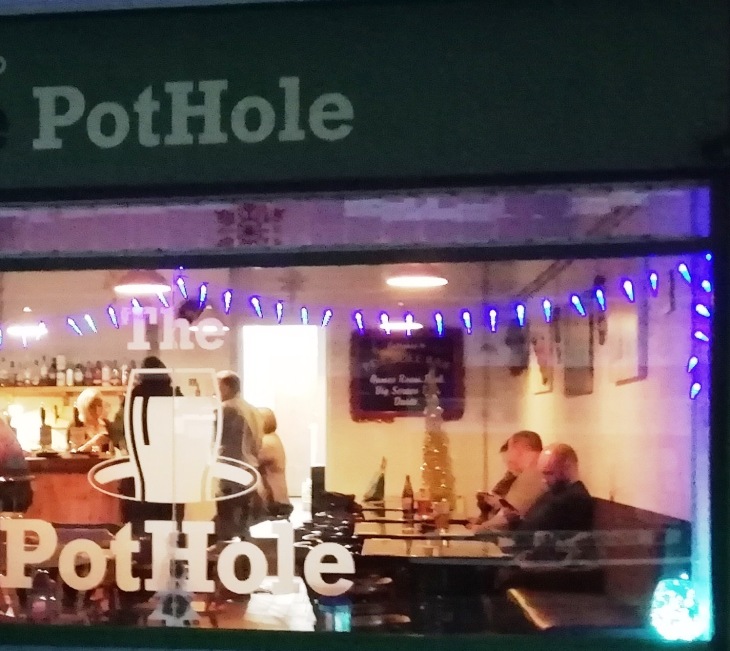 The gaffer was friendly and it looks like it’s here to stay. What could be better?