The last time I mentioned (some) Greene King boozers were good community pubs I received an absolute barrage from the blogging community.

Moves were afoot to rescind my membership until chief negotiator Taylor waxed lyrical about the merits of GK IPA to save my bacon (here) https://retiredmartin.com/2017/05/08/the-home-of-greene-king-ipa/ 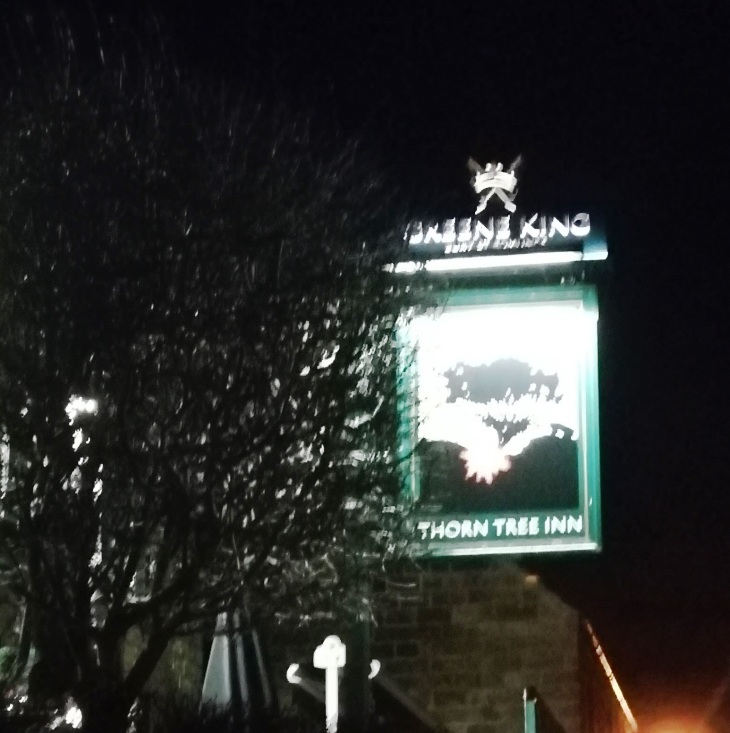 Even though I was, on that occasion, drinking a Keg Greene King IPA Smooth in a Brewdog Punk pint glass and it was a Hungry Horse branded boozer, I reckon they can still get it very right.

It’s commercial suicide not to stock GK beer in a GK pub, the general consensus appears to be the best GK pubs are the ones that swerve your stock GK beers and widen their range a bit more.

I think I’ve just won the award for using GK the most times in one sentence previously since the doyen of Derby pubs and Evening Telegraph beer columnist Colston Crawford replied in the comments box on my previous post! 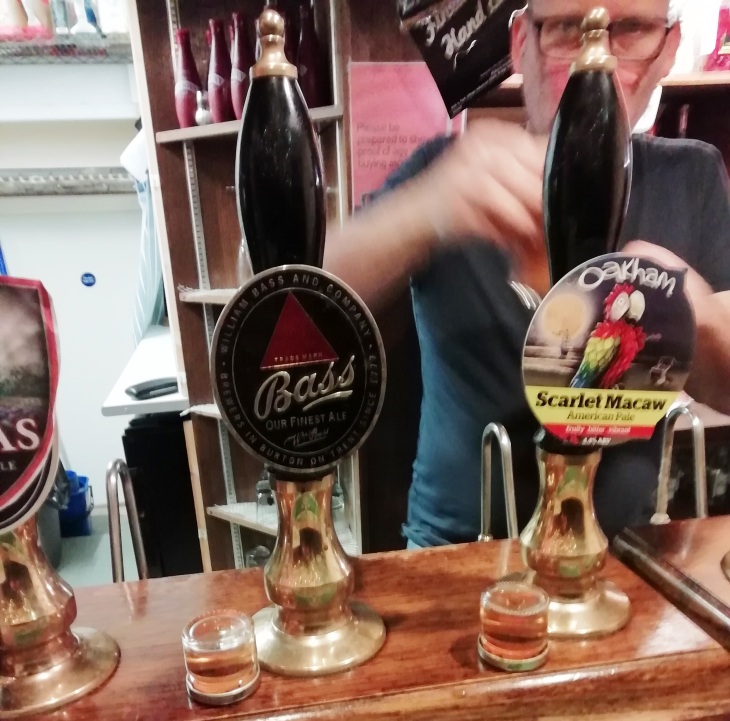 Anyway, I’ve uncovered a cracking boozer in Matlock that is off the tourist track (i.e. Matlock Bath) and the ‘wrong’ side of the town for anything other than locals or walkers I reckon.

341 – Thorn Tree Inn DE4 3JQ is a bona fide local wedged in between hundreds of houses but just happens to have some terrific views of the Derwent Valley…so I was led to believe by my drinking partner.

(The view outside is better)

He organised the itinerary for our recent ‘Chesterfield Day’ and this was originally our starting point in daylight but, the sight of Bass in a pub in Derby (post to follow soon), left us behind the clock so this was our evening end pub, but what a way to finish.

All of which means I had to take his word for it as opposed to putting out lots of photos of the dark (hasn’t stopped you before I hear you cry).

(not a picture of the pub sign in the dark)

It’s a classic two-roomer and was full when we ventured in early Saturday evening with a crackling atmosphere and lots of memorabilia all over the walls. 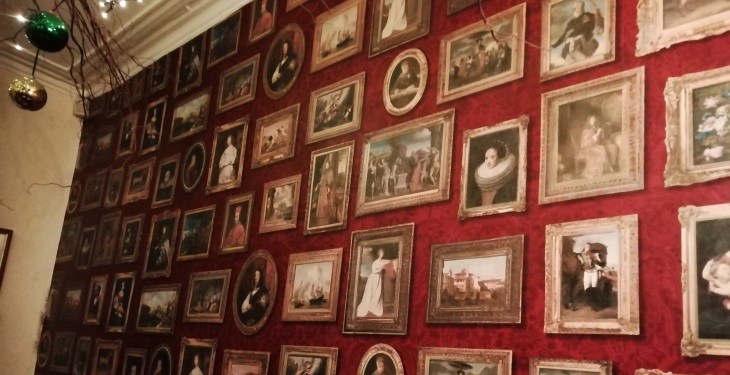 There was a lady opposite who was eulogising over Wednesday night pie night claiming it was booked out well in advance and the old ‘less is more’ adage work well here with Wednesday the only night they serve food. 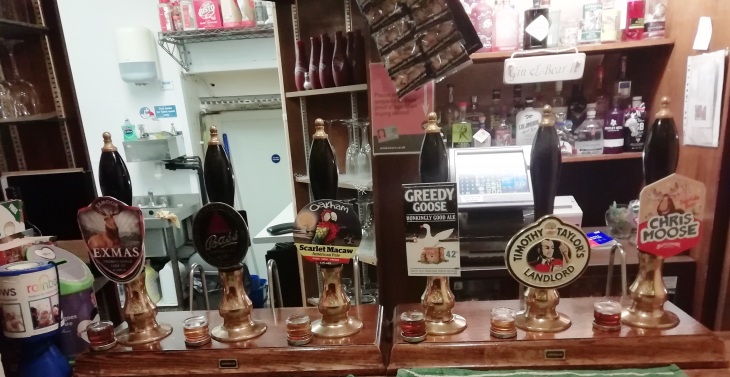 Why would you when the beers that you’ve actually heard of taste so good; the Bass was magnificent.  A remarkable tree (Thorn I guess) protruded from the ceiling and aforementioned punter told us it was there all year round and not just seasonal (aside from the Christmas decorations of course).

The two rooms were buzzing and it looked like the locals were settling in for the evening as we left at about 6.30.

Matlock is not renowned for a great set of boozers and this one clearly benefits from being off the ‘tourist’ trap and backs itself to sell top notch beer. 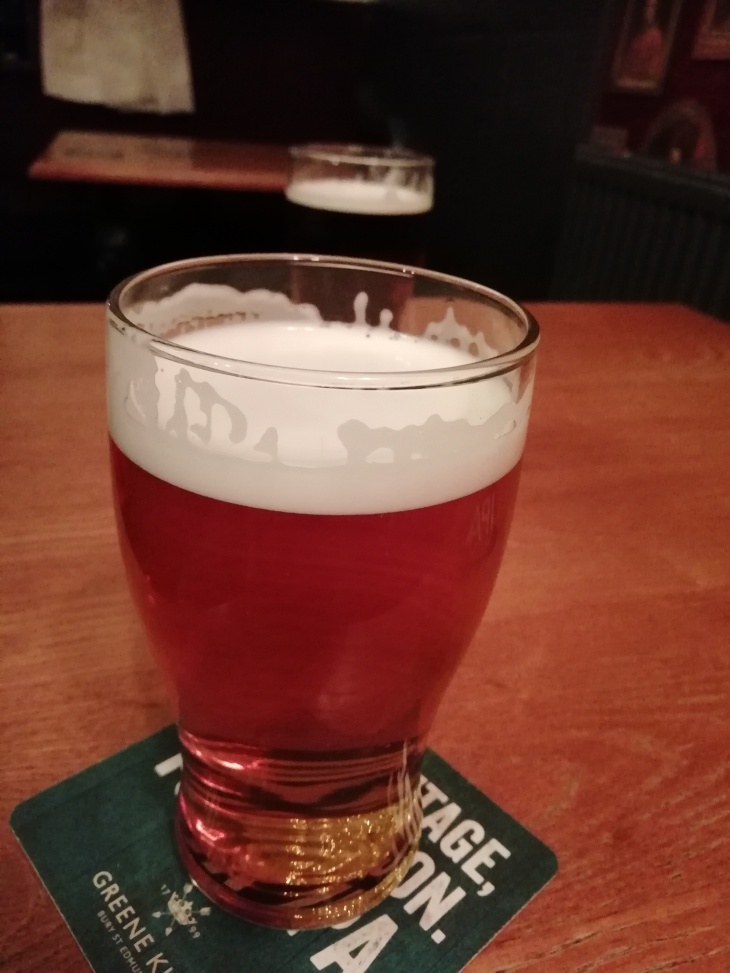 When Greene King just do ‘pubs’ with very good landlords then this is the end result – I’ll be saying I like Ember Inns next…oh hang on!

15 thoughts on “No Thorny Greene King Issues In Matlock”