My last post from Shepshed was certainly intriguing as it contained men in toilet cubicles getting out ukuleles along with comments of going “up the Butthole” to watch a football match!

However, this is the silly season, as it’s the time of year when lots of grown men pretend they know an awful lot about rugby and drone on about it in pubs.

Of course, with the Six Nations (that’s the Home Championship to football fans – decommissioned in 1984) in full flow pubs will quite rightly jump on the bandwagon with free to air sport and the chance to attract in punters who might drink lots of beer watching England/Ireland or Wales win and France/Scotland or Italy lose. 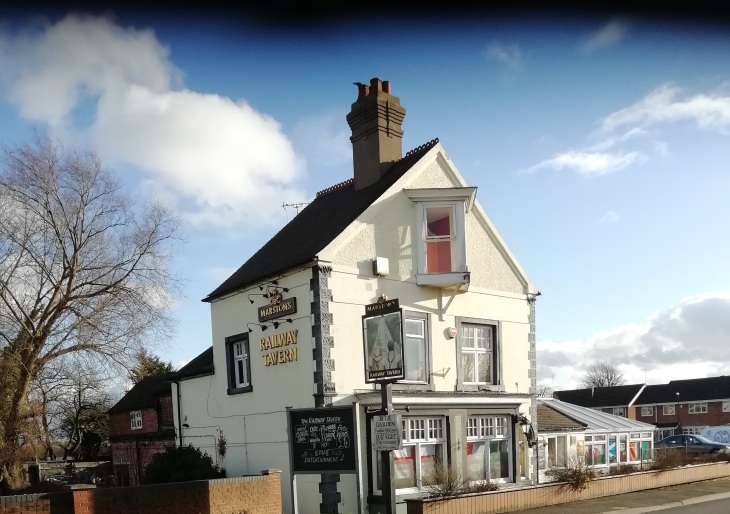 I was greeted with a sea of flags and the 350 – Railway Tavern DE65 5EH in Hatton have clearly gone to town ahead of the six nations extravaganza. 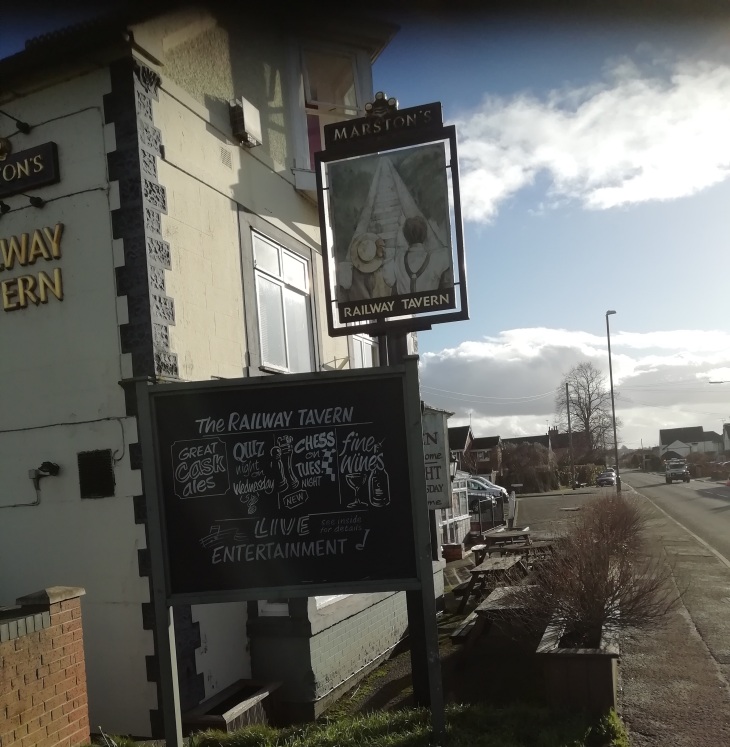 Hatton is famous for the Nestle factory and also that it’s two boozers are called The Railway Inn and The Railway Tavern….yes it has a station that survived the Beeching cuts of the sixties. 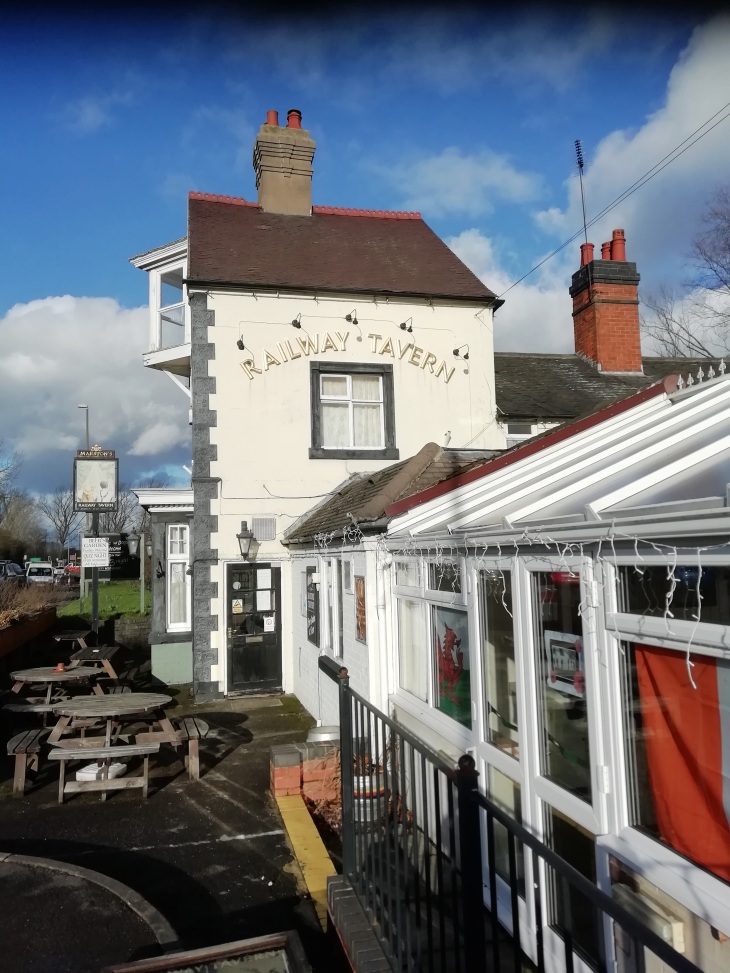 Anyway, I digress and I know just how much the likes of Martin, Mudgie, Si and Hermit love their rugger so I thought I’d put an idiot’s guide up of useful facts to help fans converse in pubs for the next five weeks

Hopefully, that will help you survive the next few weeks if rugby isn’t your thing as it will be wall to wall in most places.

(too early for this treat!)

Anyway I was the only punter in the Railway Tavern at around 2.30 on a Thursday afternoon and the barmaid kindly stopped vacuuming to serve me and the choice was between Yorkshire and Staffordshire and this time I plumped for a £3.10 Best Bitter (Black Sheep.)

I reckon it might have been the first pint pulled that day as it was a 2pm opener but it was a cracker and that’s great to see in a small village boozer.

There was a conservatory style extension with a pool table in, 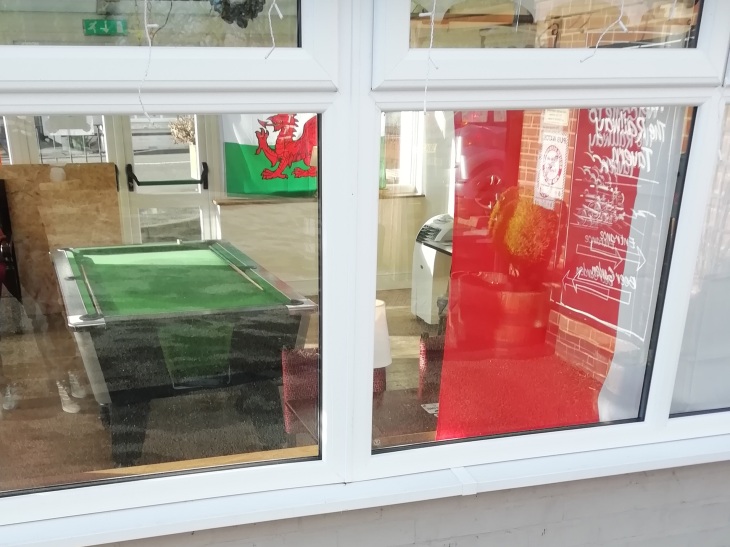 some kind of DJ booth set up, a grumpy placard on a table obviously used by locals 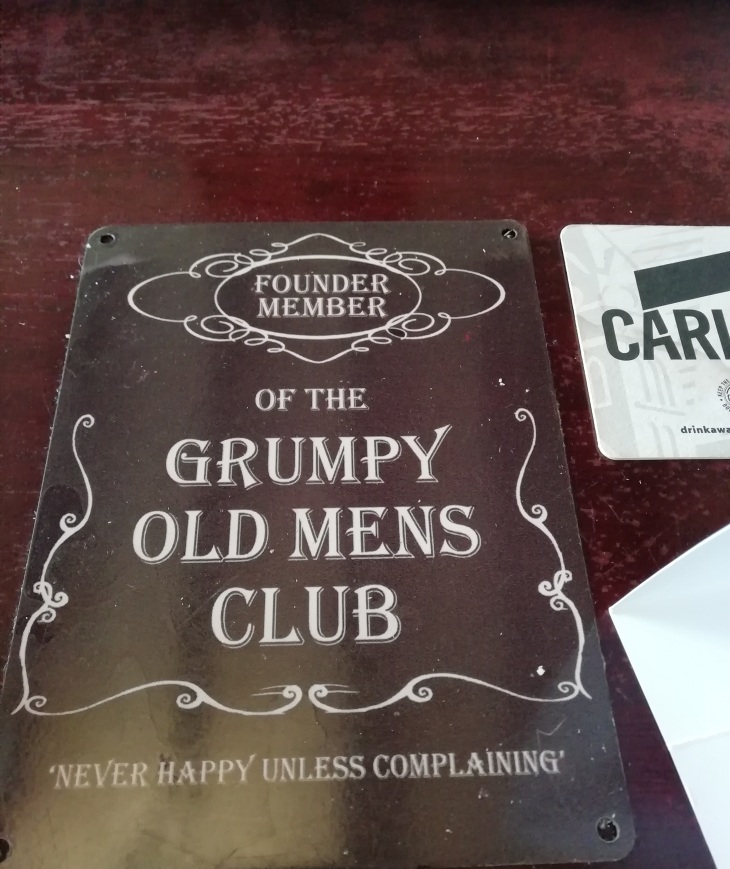 along with a dart board (they are in a darts league) meaning it has all the trappings of a local community pub.

I did notice chess night on a Tuesday, which is a first on my travels and clearly this boozer is attracting the crème de la crème of Hatton high society.

The barmaid kindly put on the Steelers Wheel  “Stuck In the Middle” tune from Reservoir Dogs and I enjoyed a sift through the Derby Drinker CAMRA mag (a top class production) whilst watching the world go by.

Rich made a point in the comments section of my last post as to just how tight margins are in pubs these days, especially tied houses, so I hope this place filled up more as the day progressed. 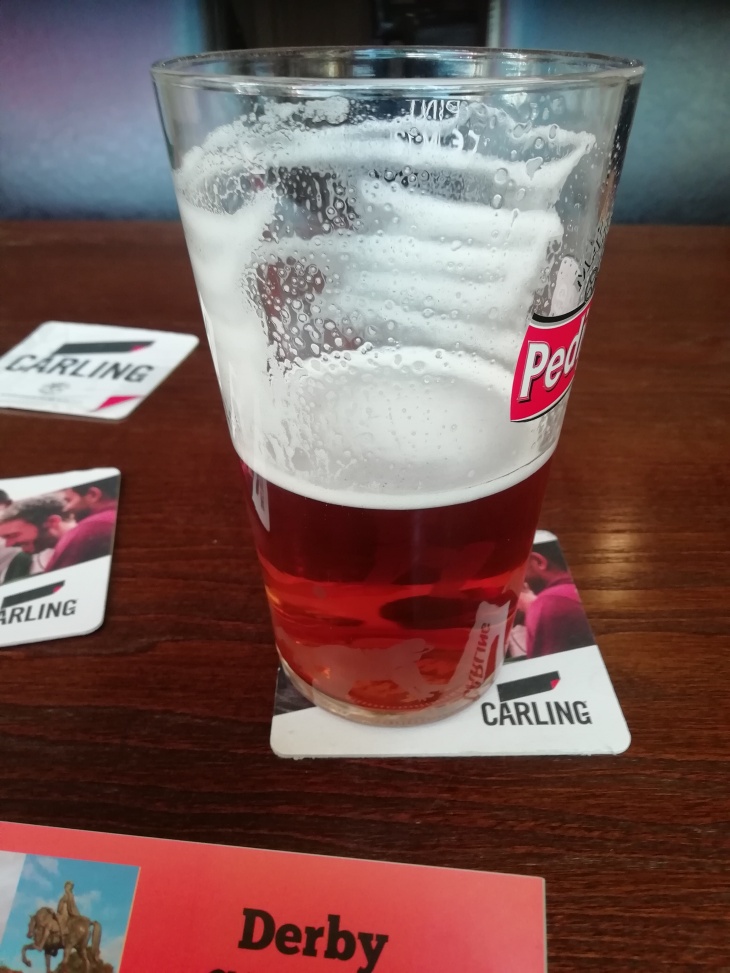 I am sure it did as it was clean, tidy, well cared for and selling good beer and a great place to celebrate bringing up my 350th pub since blogging life began; ironically, that is the sum total of runs that England will rack up in the next test against the West Indies.