Having been on my hols for a week I can’t let the fact that England are world champions at cricket pass and if ever there was a case for national teams sport to be on free to air TV then that was surely it.

Anyway, well done Eoin and the boys and you left me wandering the streets of Digbeth in my last post so sticking with the Brum theme I popped out in nearby Lye to a cracking Brewhouse. 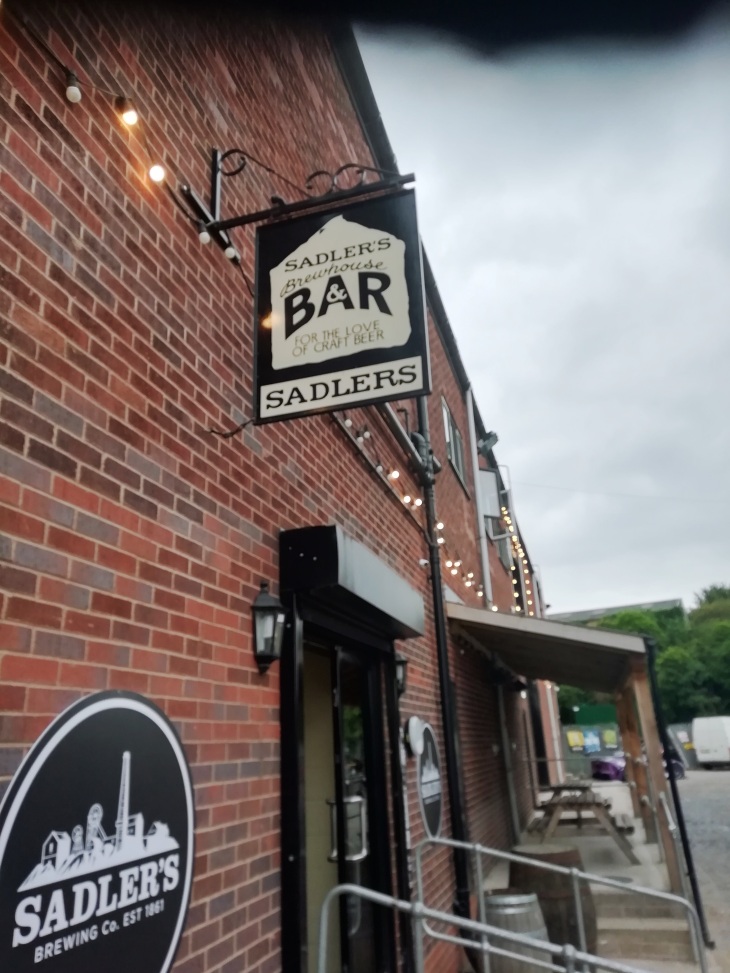 Peaky Blinders is definitely Birmingham’s best export since Black Sabbath and Jaguar just usurping Citizen Khan, Crossroads, Tiswas and Doctors in terms of the prestigious title of ‘TV programmes based in Brum.’ 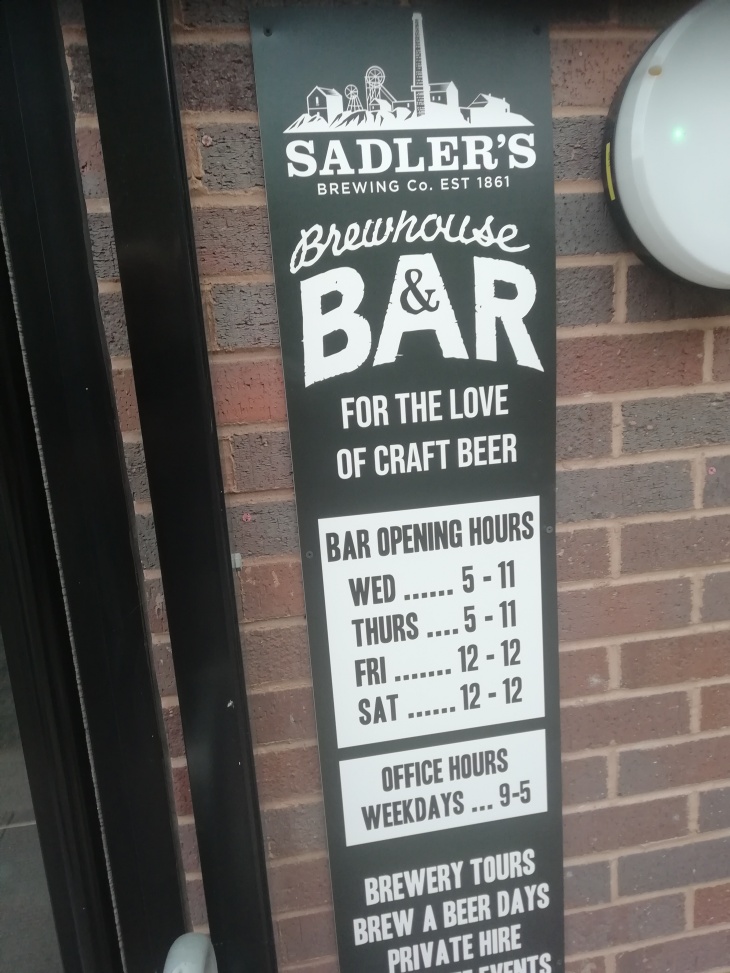 Granted it’s not an extensive list but Peaky Blinders is inextricably linked with the city and in particular the Small Heath/Bordesley suburb.

Sadler’s Brewing Company latched on to this a while ago and started producing their range of Peaky Blinders beer and have gone one step further this year. 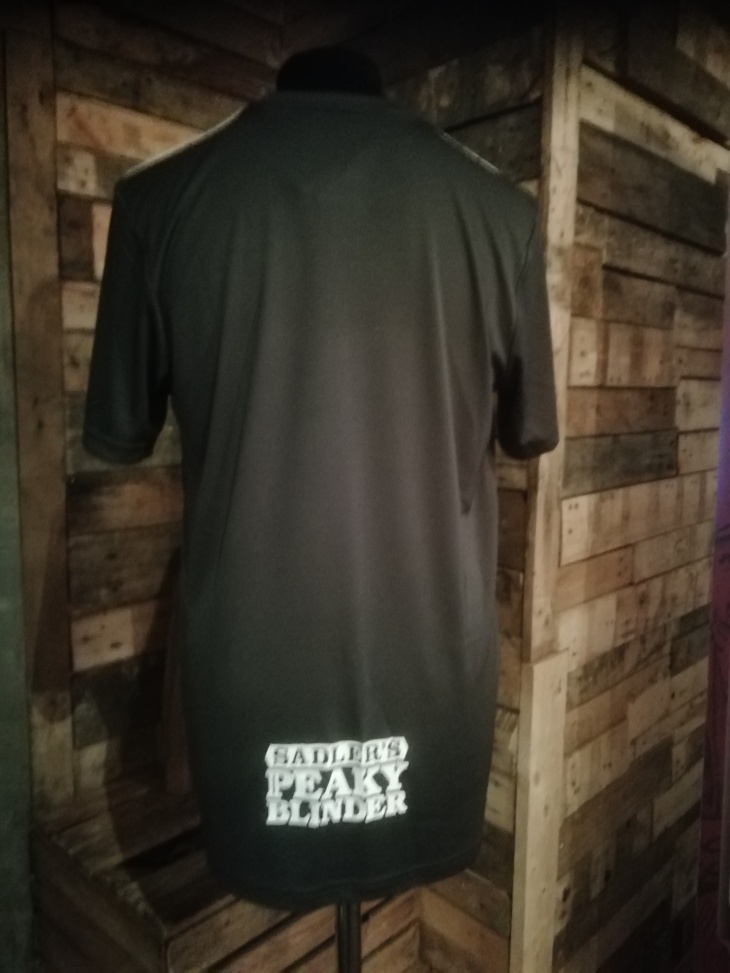 They’ve linked in with Birmingham as their ‘back of shirt’ sponsors and are also selling Peaky Blinders Lager at St Andrew’s on Matchdays. 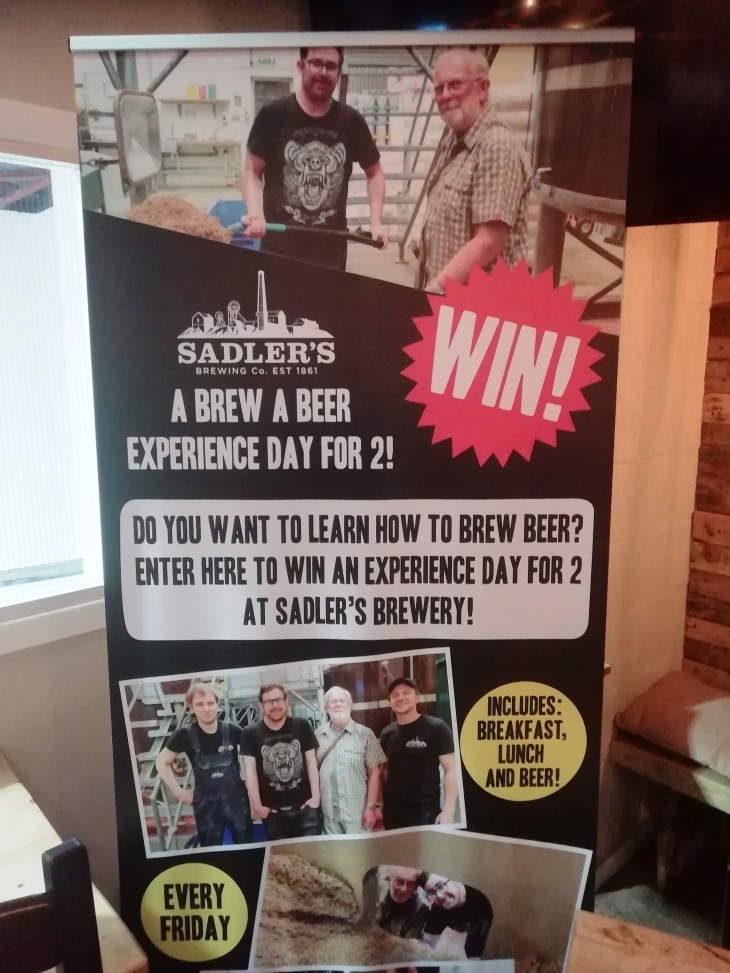 Yes, I know they’re based in Stourbridge but their HQ is next to Lye Train station, which is a quick 15/20 minutes from New Street Station so it’s close enough to be a Brummie brewery!

(this wasn’t in Coseley)

I was greeted by the site of an eye-catching Ginetta car and a packed pub for a Wednesday night. 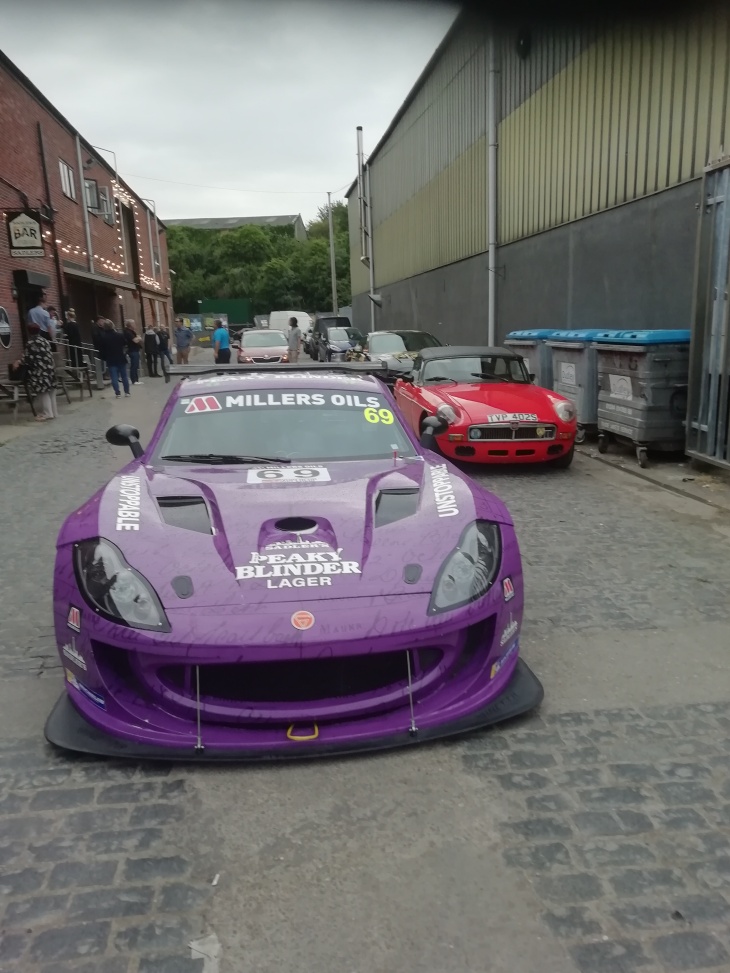 Of course the added bonus was it was a free bar but, with the car in tow, I was limited to one; nonetheless it was an absolute corker Peaky Blinders Pale Ale (Sadler’s)… 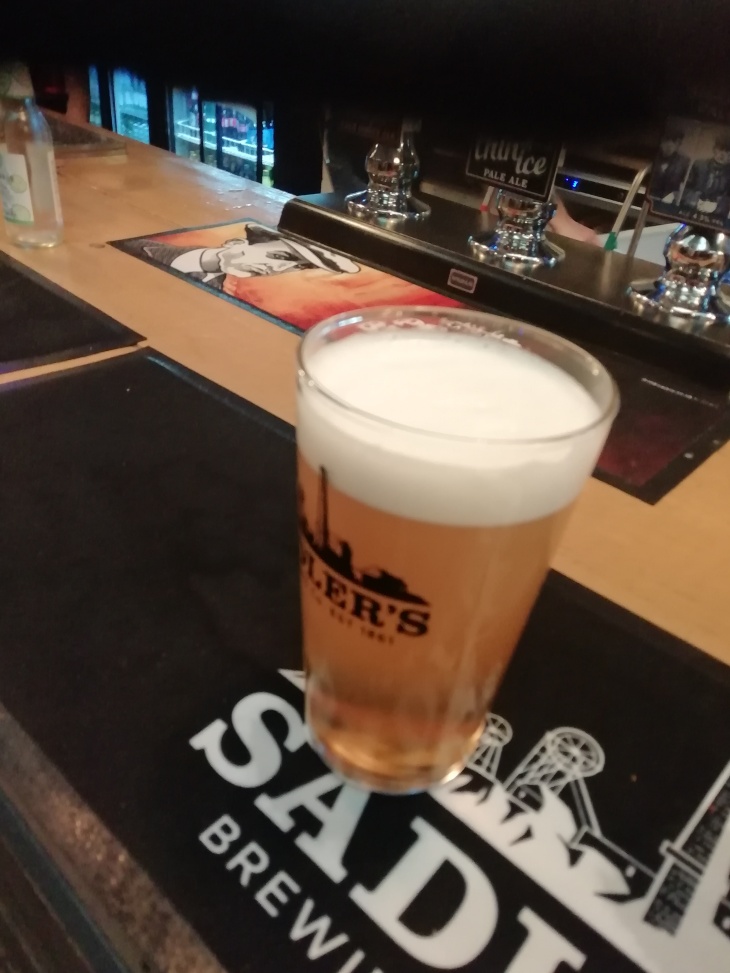 …and appeared to be going down a storm along with the lager of course.

A bloke was playing Oliver’s Army (amongst others) on acoustic guitar as well, which led to a great bit of background music but the place as buzzing.

I’ve not been here before as I don’t often venture into Paul WME territory but this is a cracking place, just on the outskirts of Stourbridge town centre on an industrial estate.

As station pubs go it is right up there with the classics at Sheffield in terms of beer on offer and it’s a good outlet for their beer.

Sadler’s has been around since 1861 so it’s not a new name but they are definitely more proactive now and the family link comes as Chris Sadler’s (Managing Director) grandmother was related to gang member Billy Kimber and legend has it that the drank in Sadler’s pubs around the Birmingham area.

A good mix of punters were in and some regulars as well and it was a cracking atmosphere.  A couple of geezers dressed in Peaky Blinders outfits, who are the ‘official Peaky Blinders’ and have been touring since 2014 were there for photos and the place was still crackling when I left at around 8.30pm.

Well worth a visit as easy to reach on public transport and it feels like a pub with live music, as well as being able to overlook the brewing equipment.

Of course, being football fans we will just be swilling lager as opposed to the rugby boys who are responsible for keeping real alive in the UK as the likes of Martin, Duncan and Simon have noted on their travels…

However, the Pale Ale is absolute nectar at their Bar so can recommend it and I still reckon this will be Blues’ best signing of the summer!