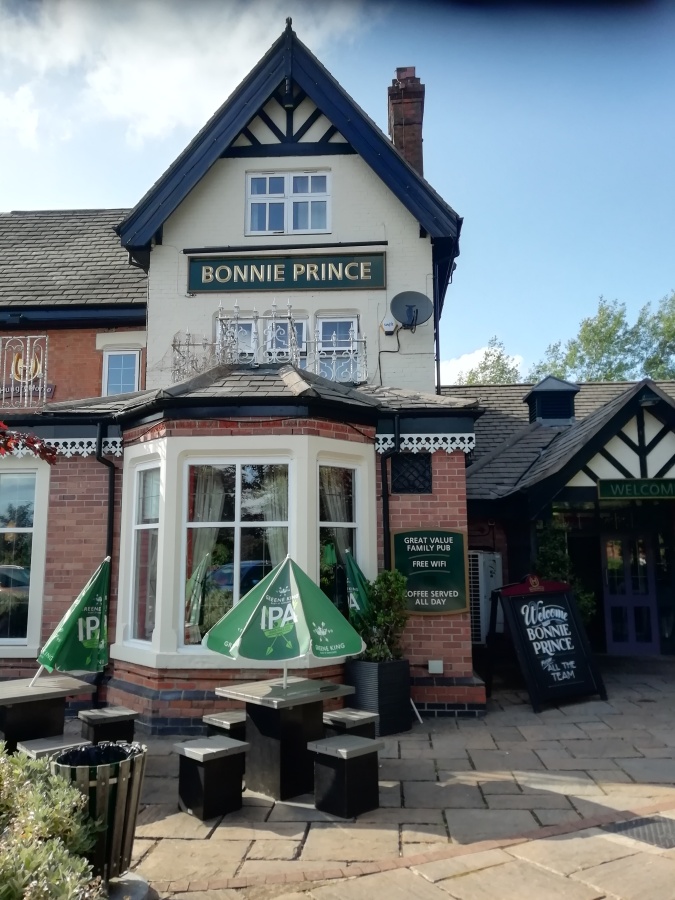 Having been swanning round central Birmingham and attending launch nights for beer, Martin quite rightly has complained.

A real “Disgusted from Tunbridge Wells” style letter that you’d find in The Times complaining about my lack of estate style pub credentials these days.

“Sell out” I hear you cry and not since The Clash signed with CBS records has there been such an uproar regards a sell out.

What Russ wants is a bundle of boozers on the A514 that no on else blogs about near massive housing estates.

Step forward 436 – Bonnie Prince DE73 5UE in the Chellaston suburb of Derby.  OK, I know it’s a GK Hungry Horse boozer with a Wacky Warehouse attached to the side of it, but even Derby beer guru Colston Crawford has some good words for it.

With apologies to my Nottingham readers as GK basically dismantled Hardy & Hanson’s as well as Kimberley Breweries, I’ve already posted on an “estate style GK Hungry Horse boozer in a Derby suburb” before.

The Paddock in Breadsall, next to Chaddesden, seemed to be doing the job of a local when I visited last October, although it caused a good debate in the comments section.

Wind forward nine months and it looks as though the Bonnie Prince is going to do the same in Chellaston.

For an area like Derby, which is often overpubbed, this particular suburb is seriously underpubbed.

There are already lots of houses but new estates are springing up both sides of the Bonnie Prince and with a whopping 2,000+ houses on the way between Chellaston and the Rolls Royce factory in Sinfin without a pub in sight then this place is a potential goldmine. 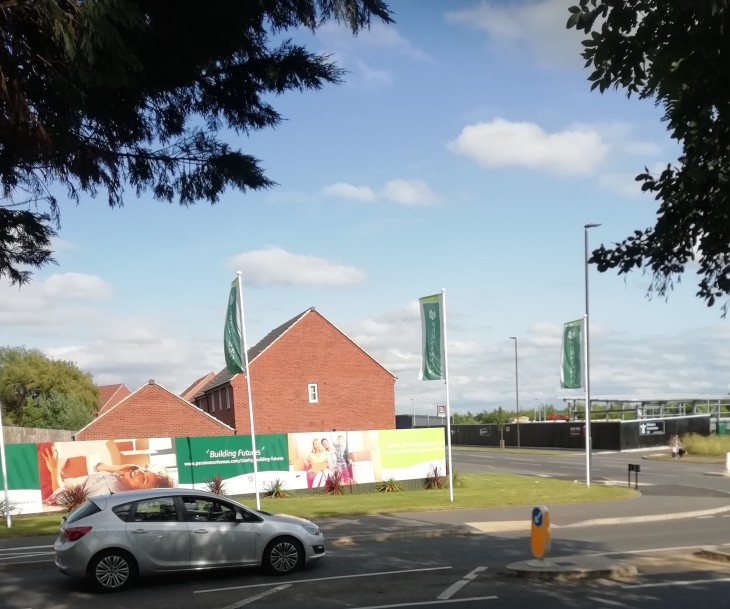 After the demise of the Rose and Crown, Chellaston has just three boozers left: The Lawns, R ‘n’ R’s Sports Bar and the Bonnie Prince.

So there’s plenty of scope and when I popped in with my son on a Saturday at about 5pm, post Spiderman: Far From Home at the cinema, it was good to see this behemoth of a boozer was full.

I didn’t bother with the Wacky Warehouse section although a bloke at the bar said “£3.50, it’s a f****** bargain,” when his better half asked about sending their daughter into the moshpit from hell Wacky Warehouse.

It was good to see that whilst it is open plan there is an Over 18’s section only, which also had sky sports on and with a weekly quiz and a pool table it is very much a local.

Cheap and cheerful pub grub, a Pacman/Donkey Kong retro style machine (which kept my lad amused) and pictures of Rolls Royce and Bonnie Prince Charlie himself mean it is putting itself forward as a boozer to visit for all those nice new homeowners in walking distance.

Those of you not in the know, Bonnie Prince Charlie was advancing towards London in1745, stopped off at Derby and took Swarkestone Bridge, but then news, which may have been fake (pre internet of course) reached him of advancing armies and to cut a long story short his army reluctantly retreated.

Staying with history (I know how Dick and Dave like their history) and I have to give credit to the Derby CAMRA mag for this (Derby Drinker) this pub apparently opened in 1999 after a local property developer sold his house to Hardy & Hanson and they built the pub for the new estates surrounding it.

So whilst it is a roadside boozer on the A514, just off the A50 junction, it definitely had the feel of a community boozer when I went in with DCFC paraphernalia and transport/ticket offers, an essential for any Derby local.

It also had Dancing Duck (Nice Weather) on and it looked terrific but clearly a lot of other people thought so too as halfway through the barrel ran out so I plumped for an IPA (Greene King).

To be honest, this was relatively average but there were plenty of families in here and I suspect the place is even livelier when the football season is on and games are on the TV.

Greene King’s Hungry Horse chain could well be the future of local boozers – who knew?