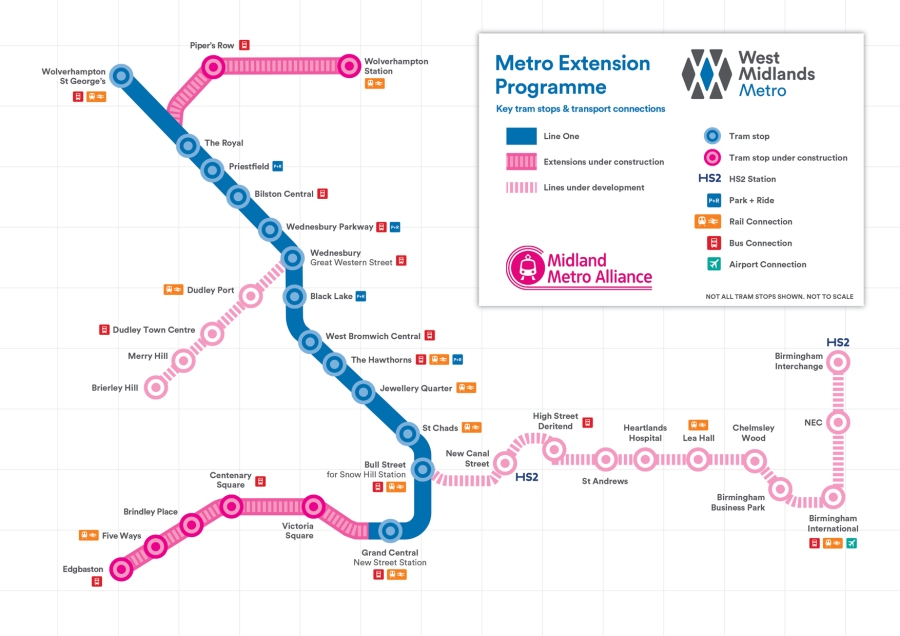 With T. Martin Esq opening a brand new Wetherspoons museum in Wolves then I imagine the tourist trade is set to go through the roof in the Black Country’s biggest city.

The West Midlands is finally getting its act together in order to get a tram system fit for purpose and the dream is for it to even rival Nottingham’s Manchester’s one day.

As this map shows the blue line is already running, the pink line is on its way and the rest is on the backburner. 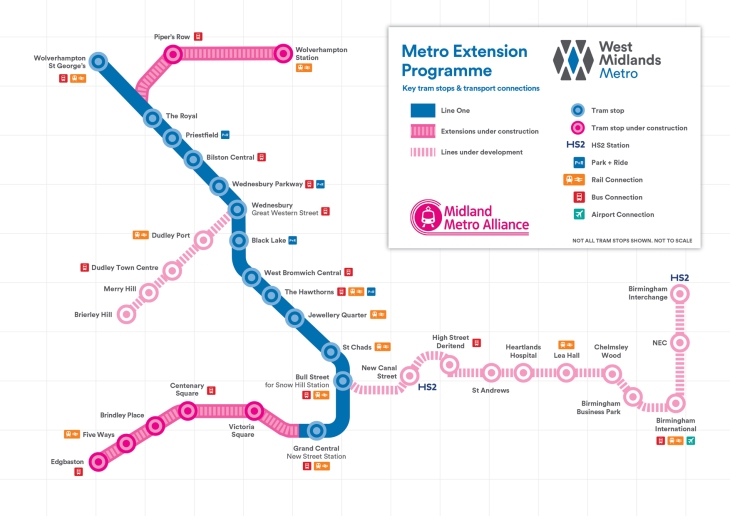 Rumours that Birmingham City’s board are paying for the tram stop at St Andrew’s to be built in front of the goal ‘park the bus style’ to assist in this year’s relegation battle are as yet, unconfirmed.

However, one of the bonus of the Midland Metro system is that trams run every seven minutes during the day and with plenty of stop offs at locations unlikely to feature heavily on the West Midlands tourist attractions, it looked like a great plan to visit a few hostelries en route.

I enlisted a couple of pals and the plan was that we got a train to New Street Grand Central in Brum and then hopped on the tram to Wolves before working backwards.

Of course with Wolves riding high in Europe and established in the Premier League, the Black Country is now becoming a tourist hotspot and we wanted to see what all the fuss was about.

£8.50 between the three of us for unlimited use all day on the Metro is pretty reasonable I reckon so, even the prospect of going to the heartland of Paul WME, The Stymaster, Liquid Len, Lord Nargis, Blackpool Jane and Paul Mudge couldn’t dampen spirits at that price.

We had a plan but the sight of 456 – The Wheatsheaf WV1 3AE on arrival was too good to miss and in keeping with Pub Curmudgeon’s really interesting post, this place had a good selection of punters in at 11am.

Wolves’ shirts on the ceiling, military equipment everywhere, a bloke in a grey vest and a friendly barmaid with a treacle thick Black Country accent who said to my fiftysomething pal “ah thanks sweet” when he ordered the drinks meant this place is as Wolverhampton as you could imagine.

It’s the sort of place Timbo would probably like to add to his repertoire although the beer, Dirty Tackle (Wychwood), was below par and not quite on the turn but either first out the traps or near the end of the barrel.

A proper friendly old boozer though and passing THE sights of Wolves meant the Cathedral looked splendid and I can almost understand why the Portuguese national team have swapped the likes of Lisbon, Porto and the Algarve for this picturesque corner of the West Midlands.

Of course, it might also be that Nuno and his boys like a drop of ale and they’d be hard pushed to find anything as nectar like in Albufeira as we found in 457 – Lych Gate Tavern WV1 1TX. 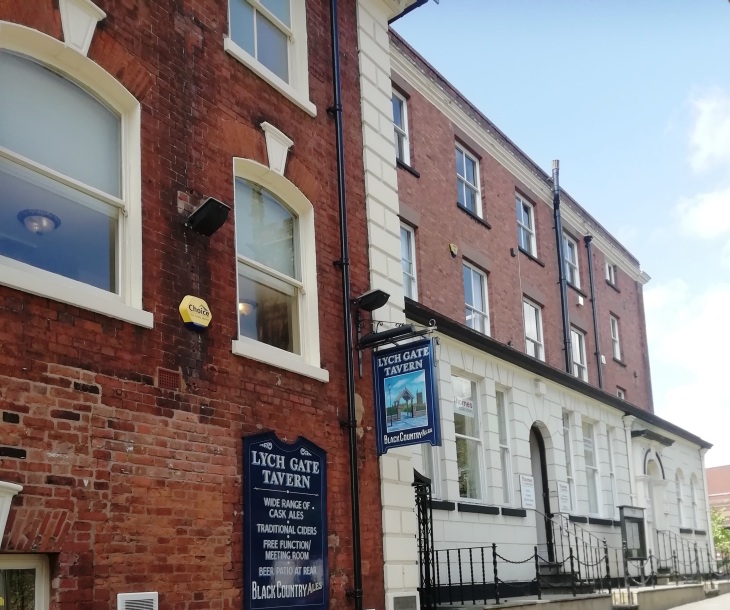 The Georgian frontage dates back to the early 1700s and Black Country Ales converted it to a boozer in 2012. As small(ish) operators go, I reckon you’d be hard pushed to find a better chain of pubs than Black Country Ales’ boozers. 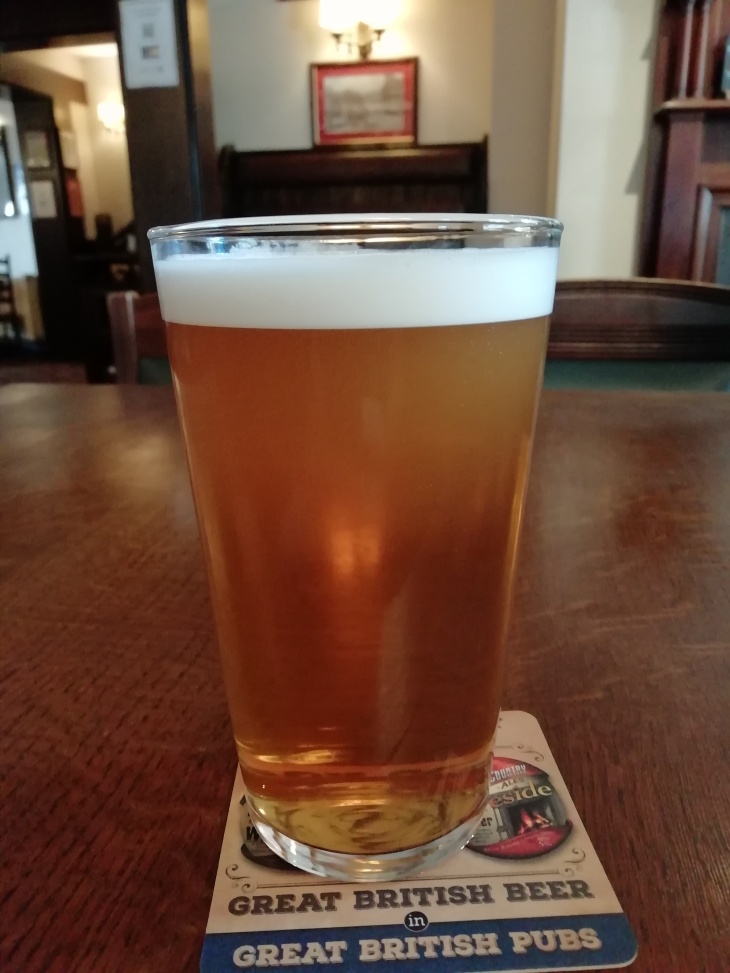 My younger pal went for the Cheese and Black Pudding cob but I asked the bloke at the bar what to have and he reckoned Chain Ale (Black Country Ales) was the order of the day. 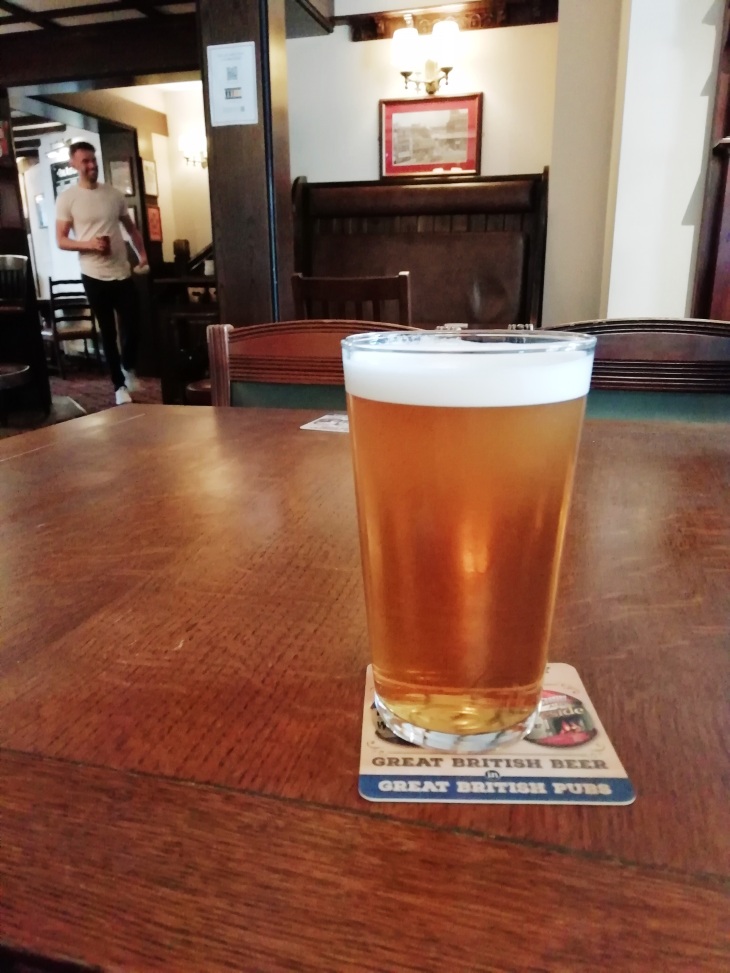 Absolute nectar and quite comfortably the pint of the day.  Just prior to midday this place was filling up with old boys aplenty and looked like it had been a pub for centuries, not just over seven years.

A top pub and well worth a visit but we decided to visit one more boozer before heading back to the Tram and 458 – The Posada WV1 1DG was in good form.

The barmaid had green hair, the bloke at the bar was waxing lyrical in an accent even I couldn’t decipher about the beer and the Hobson’s (Town Crier) was a close second.

As Martin often says, always go on a recommendation and the Hobson’s was top notch and the boozer is a thing of beauty as a Grade II listed Victorian pub with snob screens and it just oozes history.

It was quiet to be honest but bearing in mind that time that is no huge surprise. Wolves is great and I reckon thee is definite scope for a full day out there.