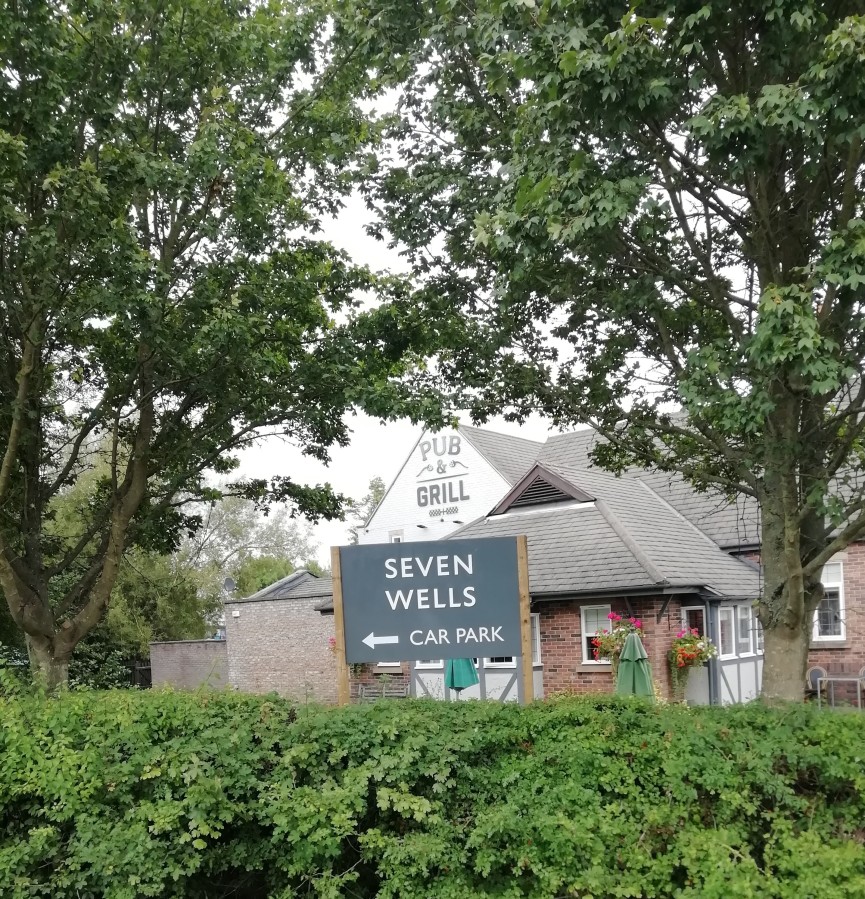 With the new arrival of the 2020 GBG sending tickers into a frenzy as they plot various routes to reach far flung boozers then it’s a comfort to know that the Midlands still has plenty to offer on my relative doorstep.

Yep, that’s right, a good old fashioned gloat as I know how much Martin, Duncan and Si appreciate those punishing cross country journeys in search of the GBG utopia.

I don’t care how many boozers they visit next year they’ll be hard pushed to find one as full at 1pm on a Thursday as the 470 – Seven Wells DE65 6LS on the edge of Etwall.

You know Etwall, home of the Hawk and Buckle and the Spread Eagle in south Derbyshire just off the A50…

Anyway this one time Hardy and Hanson’s pub was built in 2000 and has had the benefit of the same landlord/landlady at the helm ever since – Fred and Rachael – who must be doing something right.

This could well be a lesson for Birmingham City that stability brings results and this pair are amongst the longest serving gaffers in Derby; it is clearly paying dividends.

Considering most of the chimney pots in Etwall aren’t near this place – it’s situated next to Hanson’s auctioneers on the A516 island on the edge of this Derby suburb – it was remarkably full.

I had to do a double take as the car park was rammed and wondered if there was an auction on next door but it was all punters inside.

I can show you lots of different shots of the car park – even one with those filters that Mudgie likes – and it still looks full.

Even the fact it was taken over by Greene King in 2006 hadn’t put them off and the array of gentlefolk inside was a scene to behold.

However, it wasn’t just the preserve of the septuagenarians and sixtysomethings as there were couples having lunch, a couple of business types looking through their I-pads and the obligatory old boy on the halves seated near to the bar.

It’s the sort of pub that a lot of people won’t warm too, as it is predominantly set up for food but the beer was top notch, I heard a half of Yardbird Pale Ale (Greene King), and the barman was top class.

We had a mutual friend and he was soon in full pub banter flow, which only added to the friendly atmosphere.

I’m not sure if this is the norm for the Seven Wells on a Thursday but it still felt like a pub serving food as opposed to the other way round.

As many football pundits have said “there’s no substitute for experience” and nigh on 20 years of continuity at this pub has given it a huge core of regulars and people who are prepared to drive for bite to eat and a decent beer.