This one’s for the Southworths on their next trip to Blighty.  The transatlantic version of Ant and Dec spent last week visiting some classic pubs.

Bridgnorth, Leek, Preston, Manchester and Huddersfield were on their hit list in cahoots with a legion of nefarious characters such as Martin, who covers it far better than I would, Quosh, Mudgie and Stafford Paul to name but a few.

I think they really should branch out next time to some proper pub towns such as Derby and Nottingham and, en route, they could stop off for a one hour ‘comfort break’ at Willington.

A cracking little village suburb of Derby which is not only a couple of minutes from the A50/A38, it also has a train station, bus route and the Trent & Mersey Canal running through it for good measure.

The real bonus of Willington though is the fact it has a trio of boozers in close proximity (about a thirty second walk between all three) and all deliver a tidy drop of cask. 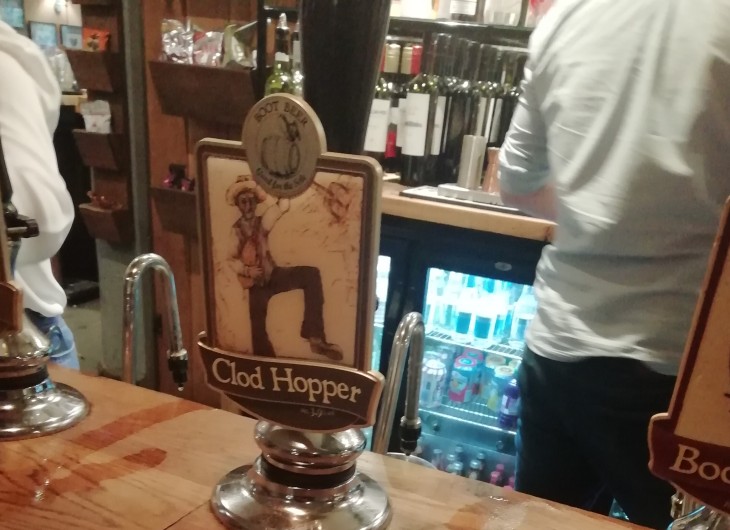 Filling a pub on a Sunday is relatively straightforward really, all you have to do is put on Manchester United v Liverpool on a big screen and the tourists will come flocking.

Even in a Derby stronghold such as this there are plenty of punters seduced by the Premier League and The Green Man was choc a bloc as I walked past at about 4pm.

A couple of blokes in Liverpool shirts and their sons in Willington FC tracksuits were just going in and when I popped my head in it looked as pubby as ever even though food is firmly on the menu.

The Rising Sun, which is opposite, and on the main island in the village, is very much wet led with decent beer but has struck up a deal with the local chippie whereby you can eat their chips in the pub if you buy a pint – genius!

However, I chose to visit the boozer that sits firmly on the canal 15 – The Dragon DE65 6BP.

I’ve not blogged about this place for a couple of years, but it continues to mushroom in size and is part of the small Bespoke Inns chain that also owns The Boot and Harpur’s,

Of the three hostelries in the middle of Willington it’s probably the least ‘pubby’ but it has the bonus of Boot Beer being sold  and, even though great swathes of the boozer is given over to eating, it does have Sky TV and the local brewery, which give it the feel of a (very civilised) pub.

It was heaving when I rolled in and it was, as it nearly always is, full of people eating and drinking.

However, I actually heard a group of four people on the table next to me talking about Rugby, which is a first in Willington, as they were predicting an England win against New Zealand.

I managed to pull up a chair opposite the politest man in Derbyshire; I asked if could join him and his wife and he confirmed “I’d be delighted if you did.”

I mentioned that I would probably watch the football and he replied with “Is there a game on, I don’t follow football?”

Only in The Dragon would the place be full of punters unaware of this game and whilst he informed his wife that “it’s a Premier League game you know…” she looked about as excited at the prospect of football as Citra would be at the prospect of  a John Smith’s keg only estate boozer.

His conversation continued and, apart from a couple of blokes obviously settling for the game, most punters were ambivalent about the game and I reckon I could have turned on Free Willy 3 on ITV and no one would have batted an eyelid.

Anyway, The Dragon continues to grow with more function rooms and accommodation whilst Boot Brewery is relocating to bigger premises in Repton as their beer continues to sell well.

What I’ve neglected to mention of course is that usually this place is full of punters sitting outside and drinking and I can imagine Pete has moored up here and necked a few Carlings in his time.

(view from the pub)

The temperature appeared to have deterred most today but this would be on most boatmen’s list as a definite stop off for a cracking pint of beer and a bit of food.

(pub to the right) 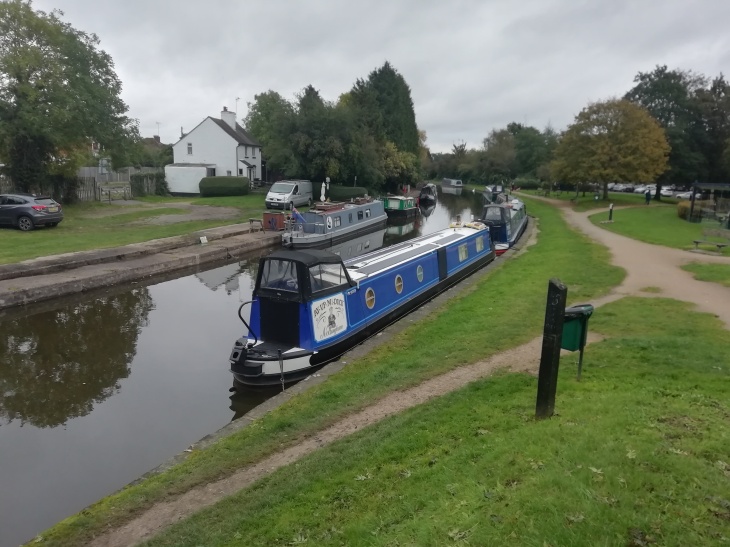 The Clod Hopper (Boot) was more than decent and, at £3.70 not the most expensive pint in Derbyshire.

In fact, I reckon Dave and Dick will polish off these three pubs in less than an hour having spent a day in Derby before heading off to Nottingham…over to you guys!

9 thoughts on “Classic Canal Pubs #2: The Dragon At Willington”