Having celebrated The Crane & Wells Tap first birthday in my last post I thought it only right to stay with the birthday theme.

Whilst I may be slightly older than one, today is another year clocked off towards my half century as I put up the buntings, blew out the candles and indulged in lots of cake.

Actually, aside from the fact it is my birthday, none of the rest of it is true as, unlike Martin, Duncan and the gang, some of us are still at work…not that I’m bitter, or should that be BBB!

Anyway, work commitments and dad taxi duties finished I managed to persuade my lad to stop off for a birthday pint after his football session in almost sub-zero Derby.

Options off the A6 are somewhat limited but Marston’s have filled a gap just off the Raynesway and the A5111 with one of their new build pubs and hotels alongside a McDonalds.

In terms of Alvaston boozers, there are a lot more estate style options than 497 – The Blue Jay DE21 7HX, but just maybe this is starting to morph into more of a pub.

Don’t get me wrong this is a classic new build from Marston’s that has appeared on a busy dual carriageway not really near anywhere.

But the 38 room Marston’s Inns lodge is apparently busy and they have spent a fair chunk of cash on this place.

I’ve had a more than decent carvery here before but it felt more like a carvery that just happened to serve beer as opposed to anything else. 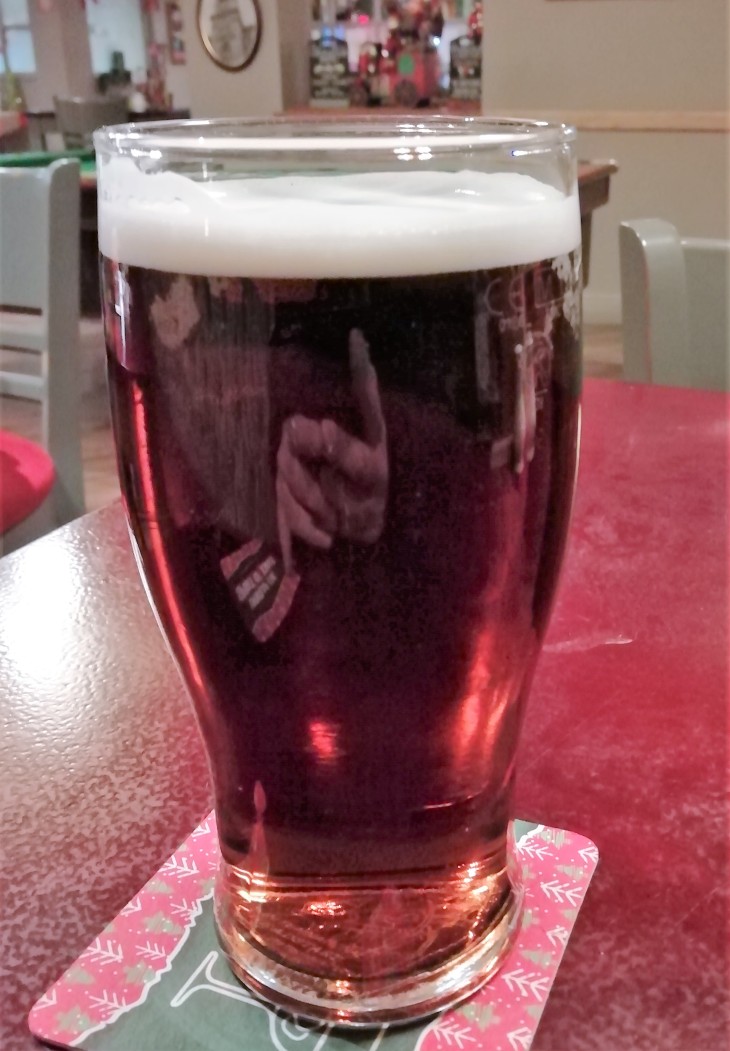 However, two years and five months after it opened, is The Blue Jay finally getting more pub like?

For example, it had a pool table and I’ve never seen that here before and a little area designated for drinking.

Small changes I know but a step in the right direction I feel.  Alan would have appreciated the change.

Granted, it doesn’t have any housing in close proximity as far as I can see so it will always attract the designated driver and carvery crowd but the young couple and their pal playing pool and knocking back beer definitely felt more pub like than ever before. 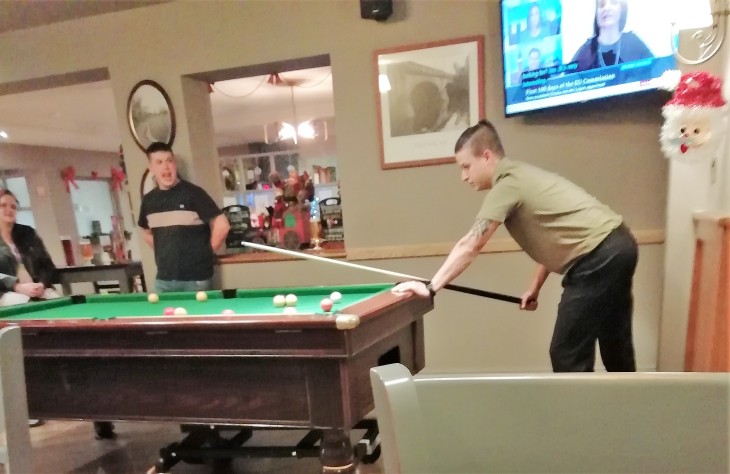 Perhaps it’s the Alvaston influence finally taking a hold as that is one of the estate style pub suburbs of Derby.

It had a reasonable amount of punters in at around 7.15 on a Wednesday, which isn’t bad at all and I had a pint of Head Space (Eagle/McEwan’s/Marston’s) although I’m not sure who brews it and if Rich was here, he would let me know in no uncertain terms.

It was whisky infused beer and, to be fair, it tasted like it and was as lively a drop as I’ve had in a while…

So, another year draws to a close and the Life After Football pub blogging juggernaut continues to chug along with plenty on the horizon.

21 thoughts on “More Birthday Antics On The A6”