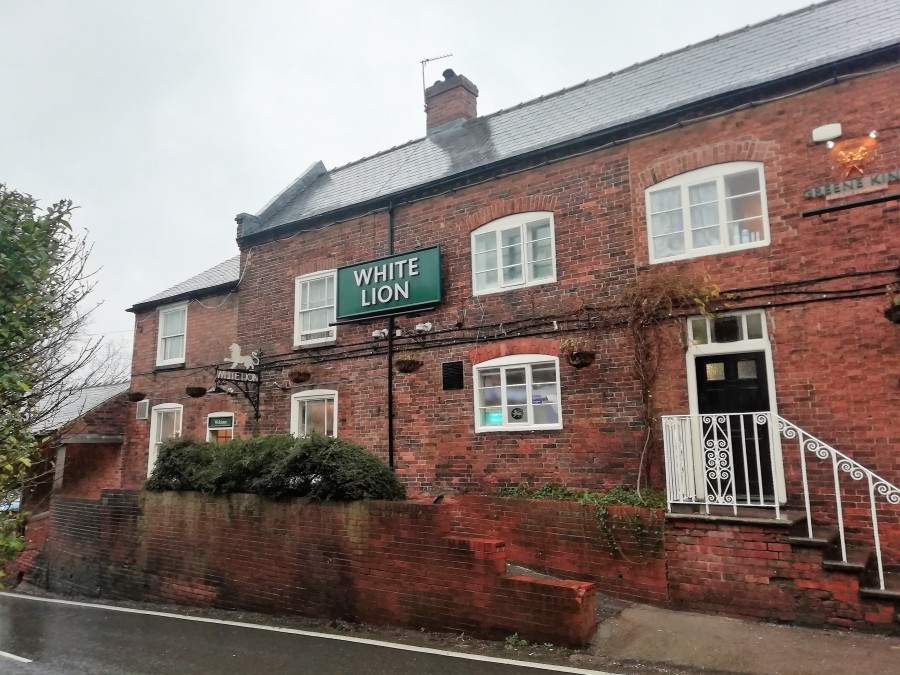 Northamptonshire one day, Nottinghamshire the next, I like to keep you on your toes on this blog although I am about to share some news that will ostracise my Nottingham reader(s).

I have found a fantastic Greene King local boozer. There. I’ve said it. 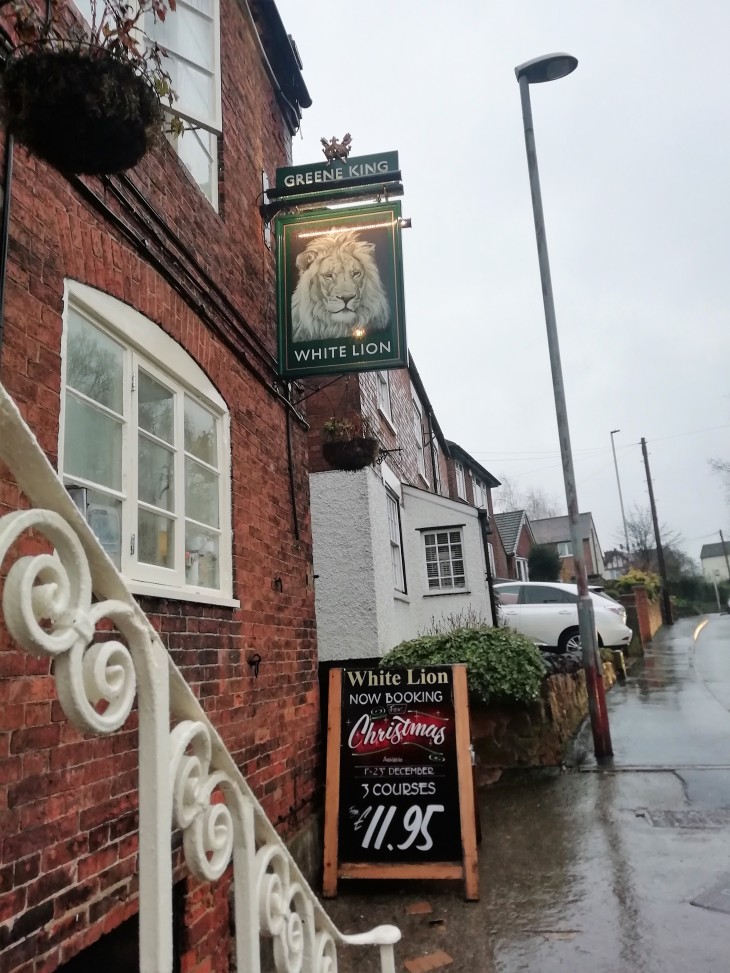 If Alan was here he would have thrown his laptop on the floor and I’m pretty sure Rich would have joined in with the anti GK diatribe.

Nottingham and Greene King have got a bit of history as locals aren’t keen on the brewing behemoth as both Hardy & Hansons and Kimberley Brewery were swallowed up by Bury St Edmund’s finest.

All that remains is a the odd bit of livery on random pubs and festive beers brewed at Greene King headquarters.

Chuck into the mix (most) Hungry Horse and other GK Chain pubs then it is easy to see why they take a bit of flack.
But, when they get it right, they still deliver some classic local boozers.

I will count The Thorn Tree in Matlock as one such example and you can add the 505 – White Lion NG9 3HH in Bramcote to that ever growing list.

In true Whitwick fashion, this boozer is known locally as the Top House and was built around 1750. Bramcote is the village “next door to Beeston” and considerably smaller.

But it’s larger neighbour will struggle to find a pub as good as this in and amongst its stock.

It’s literally off the A52/Brian Clough Way or Dad’s road, as Nigel Clough calls it.

And the old H&H boozer was rammed with drinkers and diners on Friday at about half two in the afternoon. 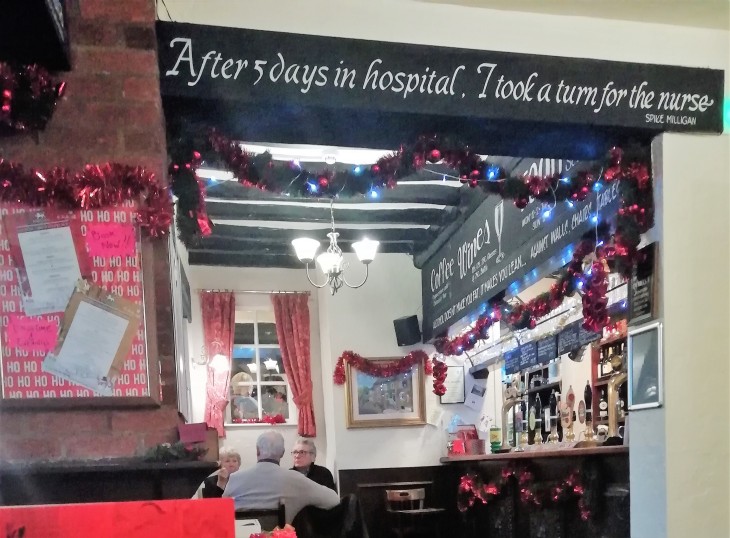 Slade, Wizzard, Elton John and Wham were all making some noise in the background and every table – apart from one – was full of punters having Christmas dinner.

The old boy at the bar was waiting for his Abbott Ale to be changed and I had a fantastic half of EPA (Nottingham Brewery), whilst the barmaid was incredibly cheerful given how busy it was. 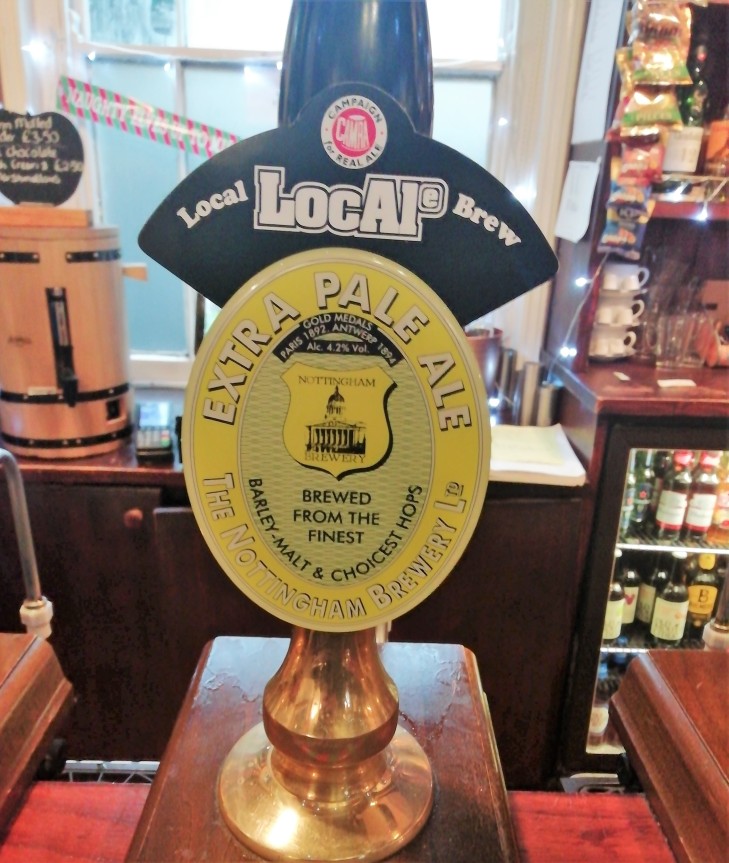 She pointed out the spare table, ordered me a bowl of chips and I just sat back and watched the world go by.

There was another room on a different level (with another bar) that was choc a bloc too and it is fantastic to see a local village pub this packed on a Friday afternoon. 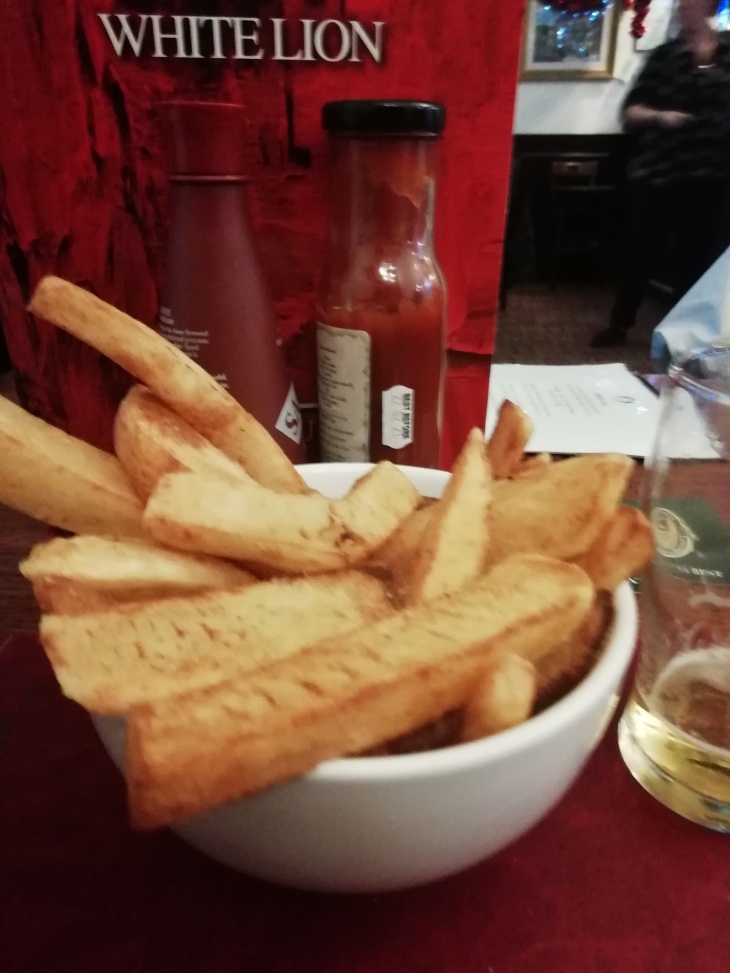 Decent priced and good food; well kept beer; friendly, helpful staff; pristine and tidy pub with a cracking self-generated atmosphere are just some of the reasons why this is thriving.

Of course, Martin has a similar hit list of Brunning & Price pubs he loves whilst Duncan is a similar fan of Micopubs that open for three hours a week in a converted hair salon.

(a lot of Winston Churchill in the loos!) 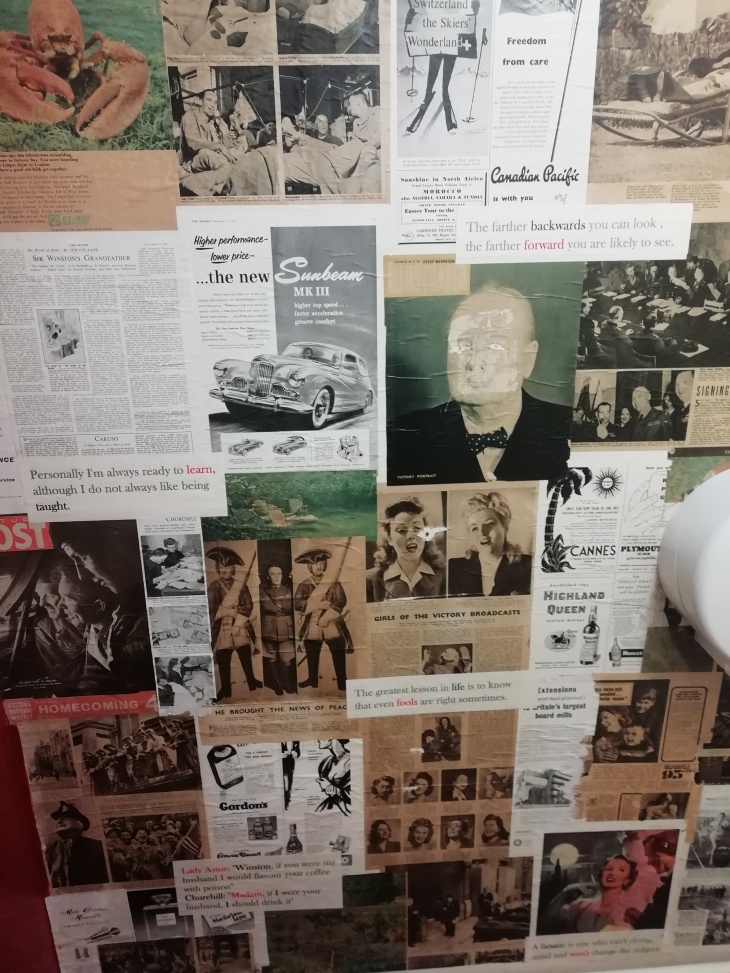 However, this is a proper pub serving its local community and Greene King have to take some credit for that.
I wish it could be Christmas every day.

7 thoughts on “(Greene) King Of Bramcote”