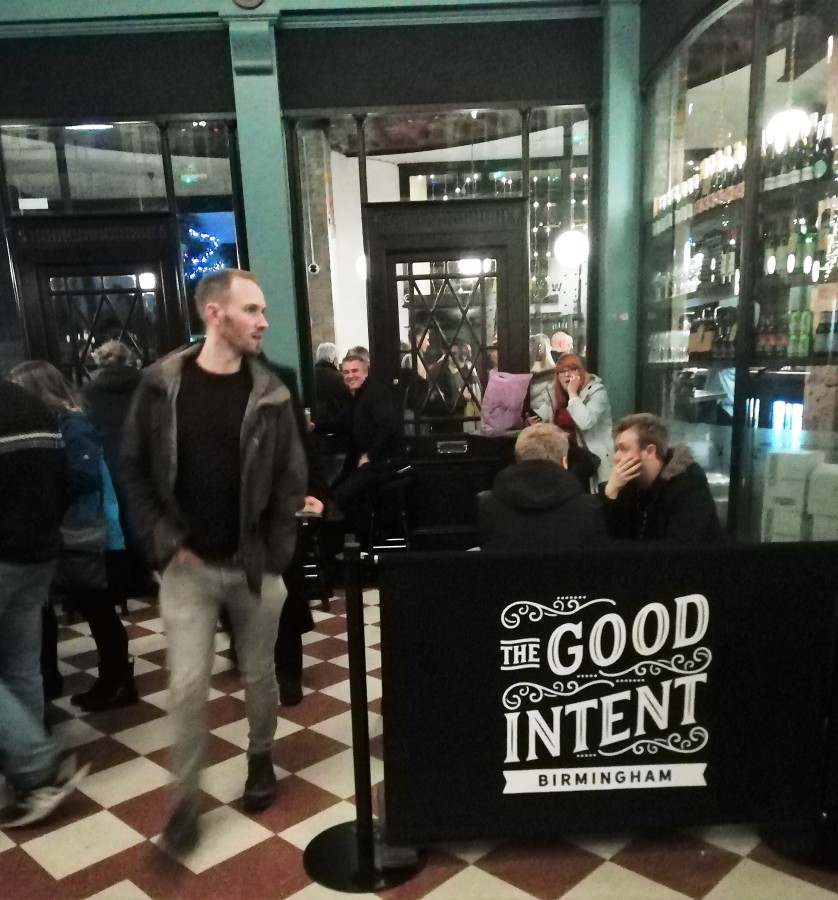 A very lame link to a Beach Boys track here but it’s always good to keep the pressure on Martin, Duncan and Si with (loose) music titles.

Having been to Northamptonshire, Oxfordshire and Nottinghamshire in recent blogs it’s time to return to more familiar ground and England’s premier city.

That might cause some debate but it refers to my jaunt round Brum with pals after Blues’ recent ding dong Derby against Albion. 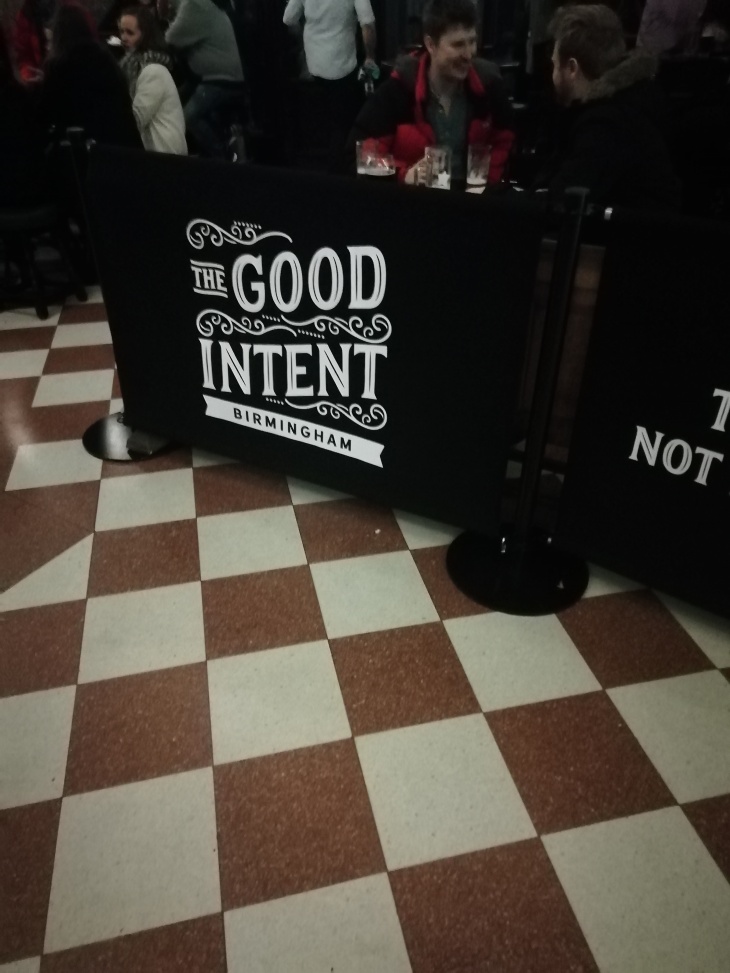 Warwickshire to some but West Midlands to the modern day man like myself and the likes of Wolves Paul who likes the new region so much he’s incorporated it into his blogging title.

He’s like that though Paul always one step ahead of the game and just when I thought I might find a boozer in Brum he hadn’t blogged about, I came across this top notch piece of work. 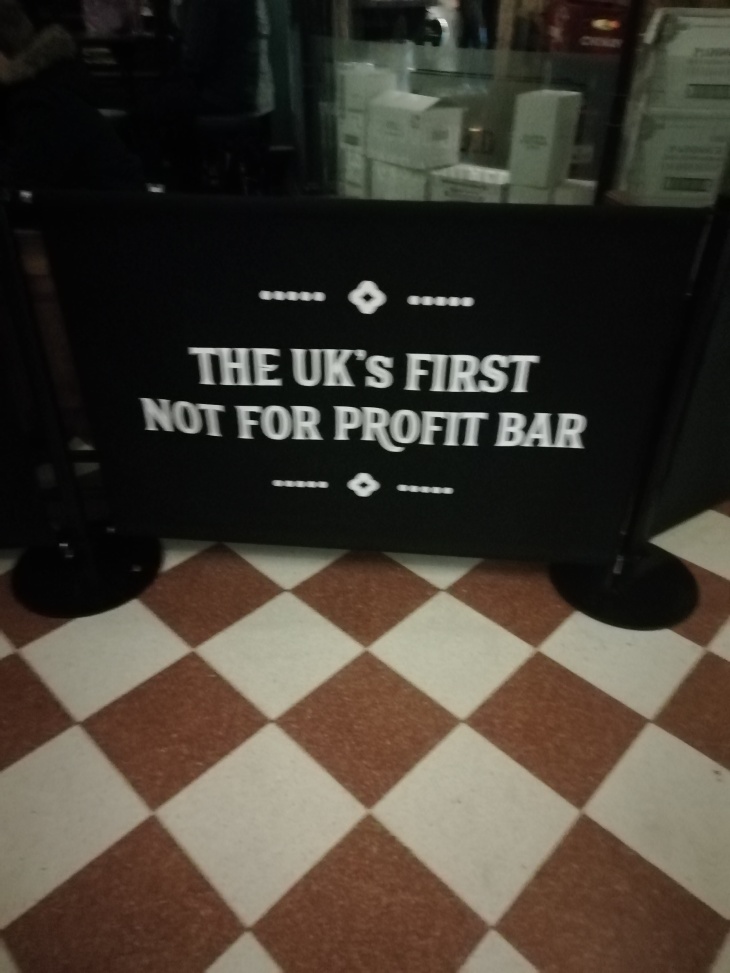 However, second on the podium isn’t bad and the likelihood of Birmingham finishing that high this season is slim so be there’s plenty of festive reasons to be cheerful (part III).

507 – The Good Intent B2 5HU is the pub in question and it’s got a great spot inside the Great Western Arcade opposite Snow Hill Station.

It’s the sort of place Lian would have drunk in back in the day before he jumped ship and started an excellent blog about food and beer in Cornwall! 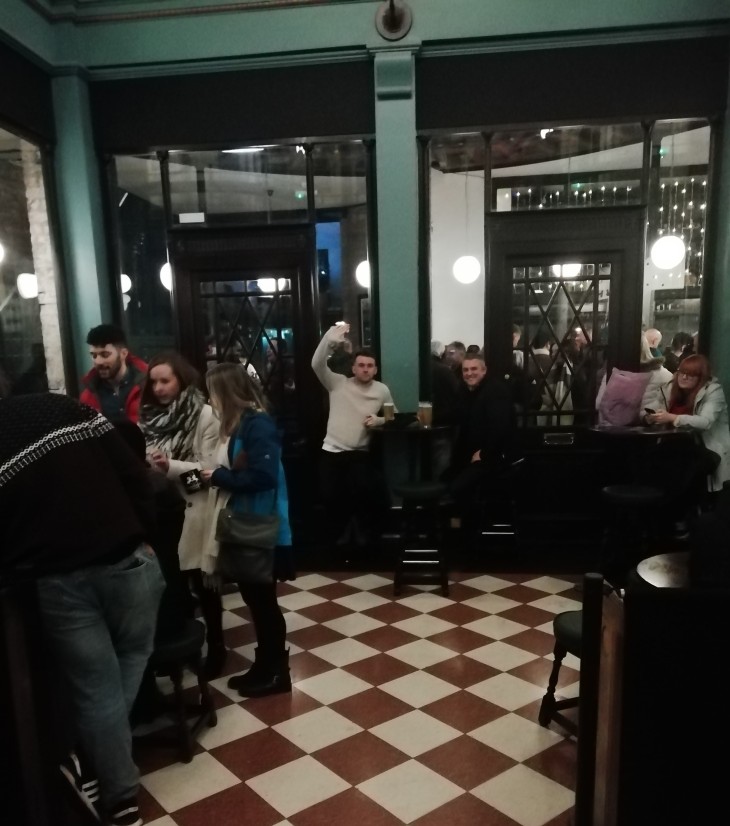 Brum isn’t blessed with boozers inside a shopping arcade as the only other one I can think of is Tilt, which is in the City arcade and I think the last outlet open in that row of shops.

We stopped at Tilt again en route  (read about the previous visit here) for some pinball and craft murk but we had our eyes on the far more salubrious Great Western Arcade. 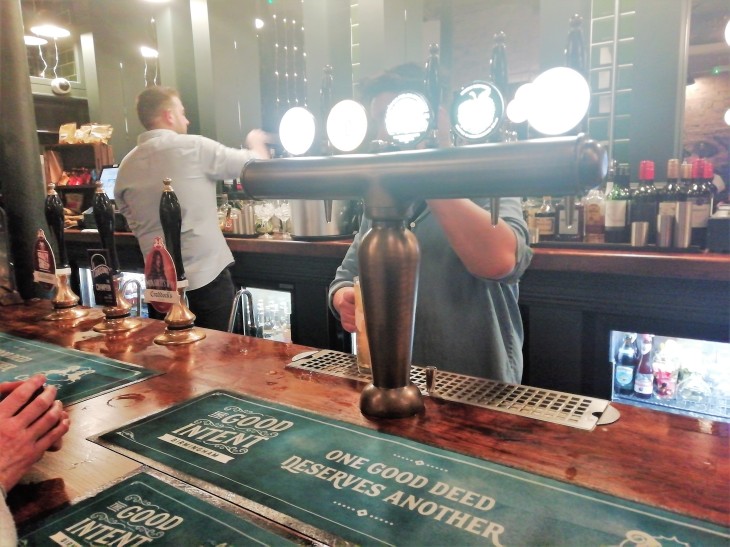 It’s run by Black Country brewers Craddock’s and apparently the UK’s first “not for profit” boozer. Apparently it donates all of its profits to charities and good causes and has the added bonus of utilising a previously vacant shop unit.

I’ve been visiting Brum for years and this was previously only the domain of cake and coffee shops and it’s a stroke of genius putting a boozer here.

We’d had a pretty good day by this time and whilst there was a big selection of Craddock’s Ales on I fancied a bit of Keg and a pint of Bunny Hop (Purity) did the trick. 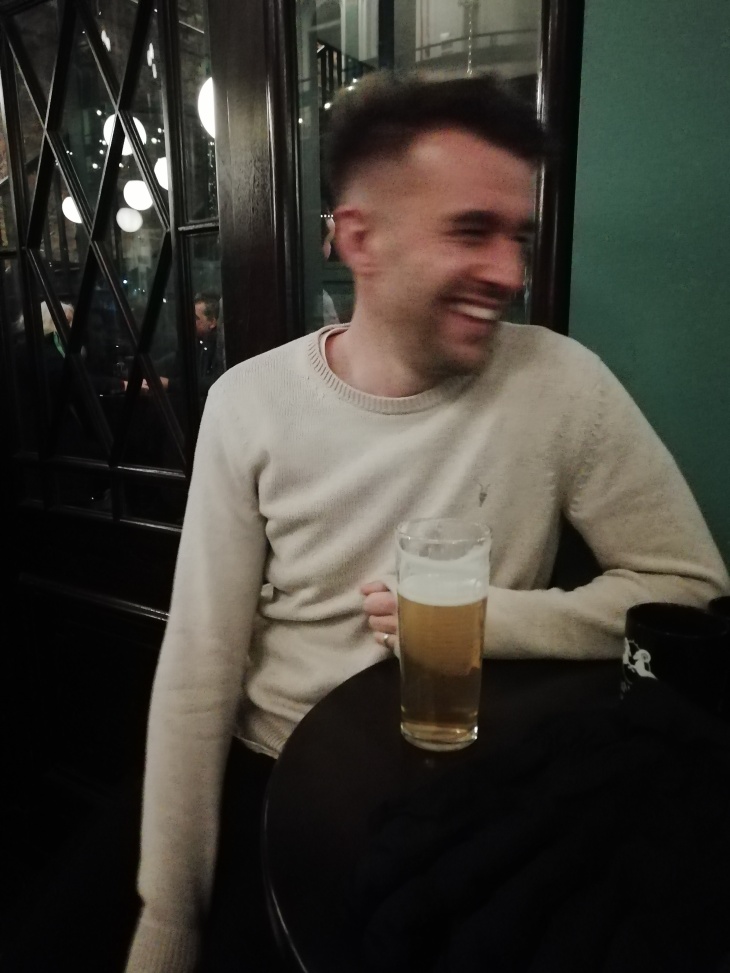 The place was heaving and we managed to bag a seat outside, albeit in the arcade but two floors were full with a crackling Saturday night atmosphere.

It might make the whole ‘shopping experience’ a bit livelier for anyone walking through the Great Western Arcade but this was a good place to have a laugh in with a great mix of society inside. 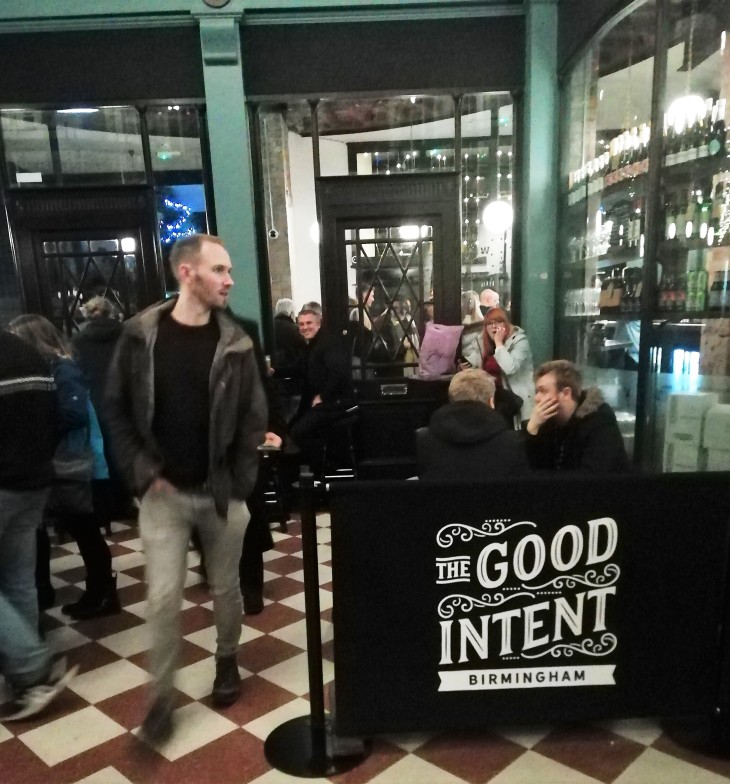 What’s not to like as Christmas approaches? A charitable pub selling good beer in a shopping arcade that has been crying out for a boozer for years.