Having discovered the delights of Breaston it only seemed fair to ensure I visited ALL the hostelries in this quintessential middle England village.

Not only has it got a Village Green it is an Urban Village Winner in the competition organised by none other than the Derbyshire Rural Community Council – big time stuff eh.

Even its Co Op is a pukka style building without one of those garish green signs at the front so the fact it’s got a trio of thriving boozers proves that the Derbyshire/Nottinghamshire borderlands are the best for pubs in Britain.

…as it is situated in the midst of everything and, as such, was set up for a livelier night out.

I bumped into two of the old boys who had been in the Bulls Head an hour earlier so nice to see the locals doing a Thursday afternoon pub crawl of Breaston Main Street.

– the best beer of a very good selection in this village. 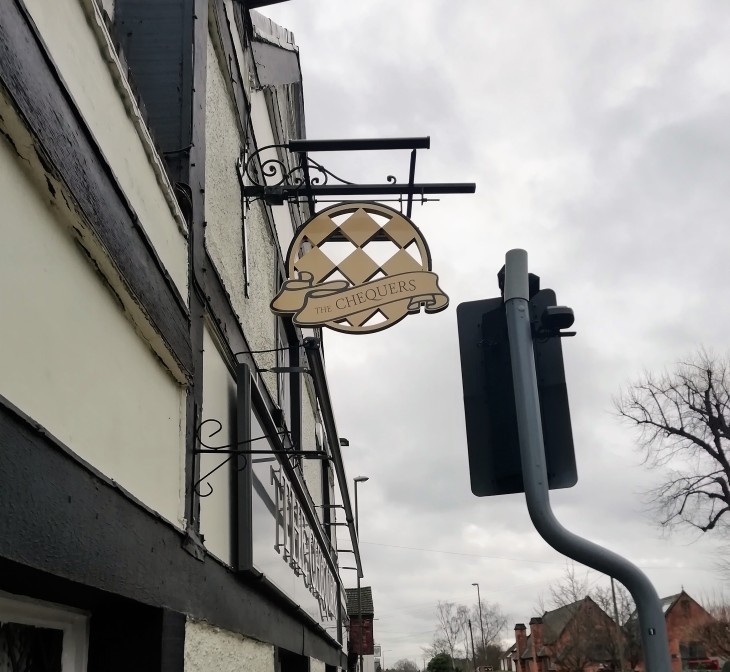 A pool table, dart board, BT Sports, fruit machine and live music meant that this place would maybe where the young hipsters in Breaston (under the age of 50) hang out of a weekend.

A short post but don’t let that put you off just how good Breaston is for pubs….one for the Southworths on their next visit.

6 thoughts on “The Breaston Trilogy”