LE67…it’s been a long time since I visited Leicestershire’s greatest pub postcode after Coalville and Whitwick were mopped up last year.

My last visit saw a bloke walking round the Queens Head in Heather on a Monday night with a carton on his head and a pint of Saddle Tank for £2.50.

That pretty much sums up this postcode…cheap, good quality ‘old school’ beer, lots of industrial language, acerbic banter and pubs not for the faint-hearted tucked away between lots of chimney pots. 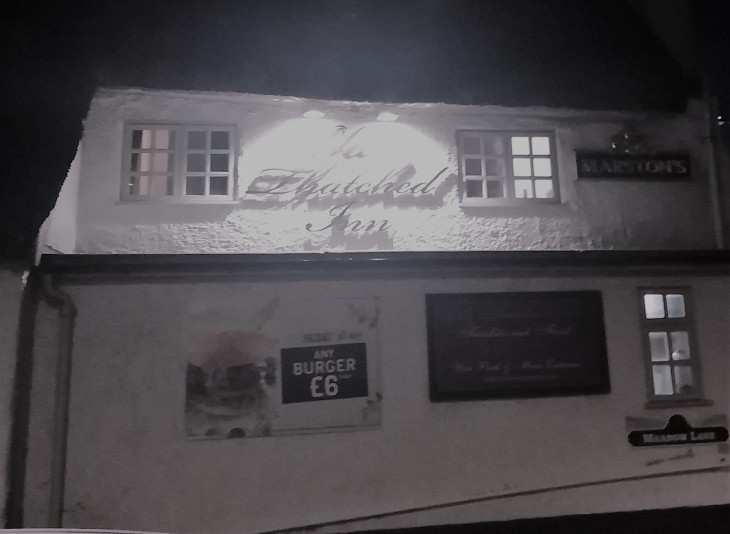 The fact that there doesn’t appear to be a train station in the LE67 postcode only adds to the ‘exclusivity’ of this region with Ibstock, Hugglescote, Ravenstone, Swannington and Thornton, along with the aforementioned Coalville and Whitwick amongst some of the best this place has to offer.

This is my favourite part of Leicestershire and any opportunity I can grab to shoe horn in a visit is accepted almost as fast as Stafford Paul’s speed approaching the bar.

I’m indebted to the likes of Mark Shirley and Shepshed Pete who has pointed out to me a host of other pubs in the Leicestershire postcode as it gives me a reason to keep on ticking off those hard to reach pubs in Willie Thorne territory.

With my daughter now stopping her gymnastics in LE67 then the opportunities might be slightly less forthcoming, so it was nice to squeeze in the 535 – Old Thatched Inn LE67 9TQ. 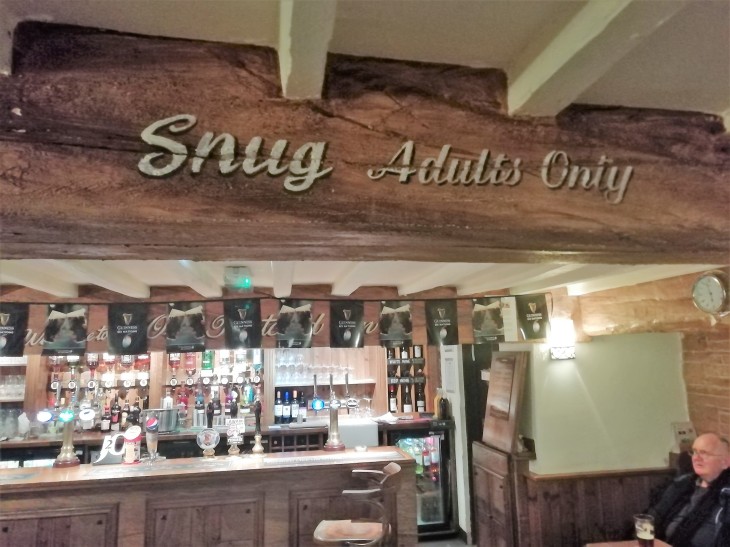 It’s on the main street in Stanton Under Bardon, which gives me a chance to dig out this map once again and you’ll spot it in the middle of Thornton, Ibstock, Bardon and Markfield not far from the M1. 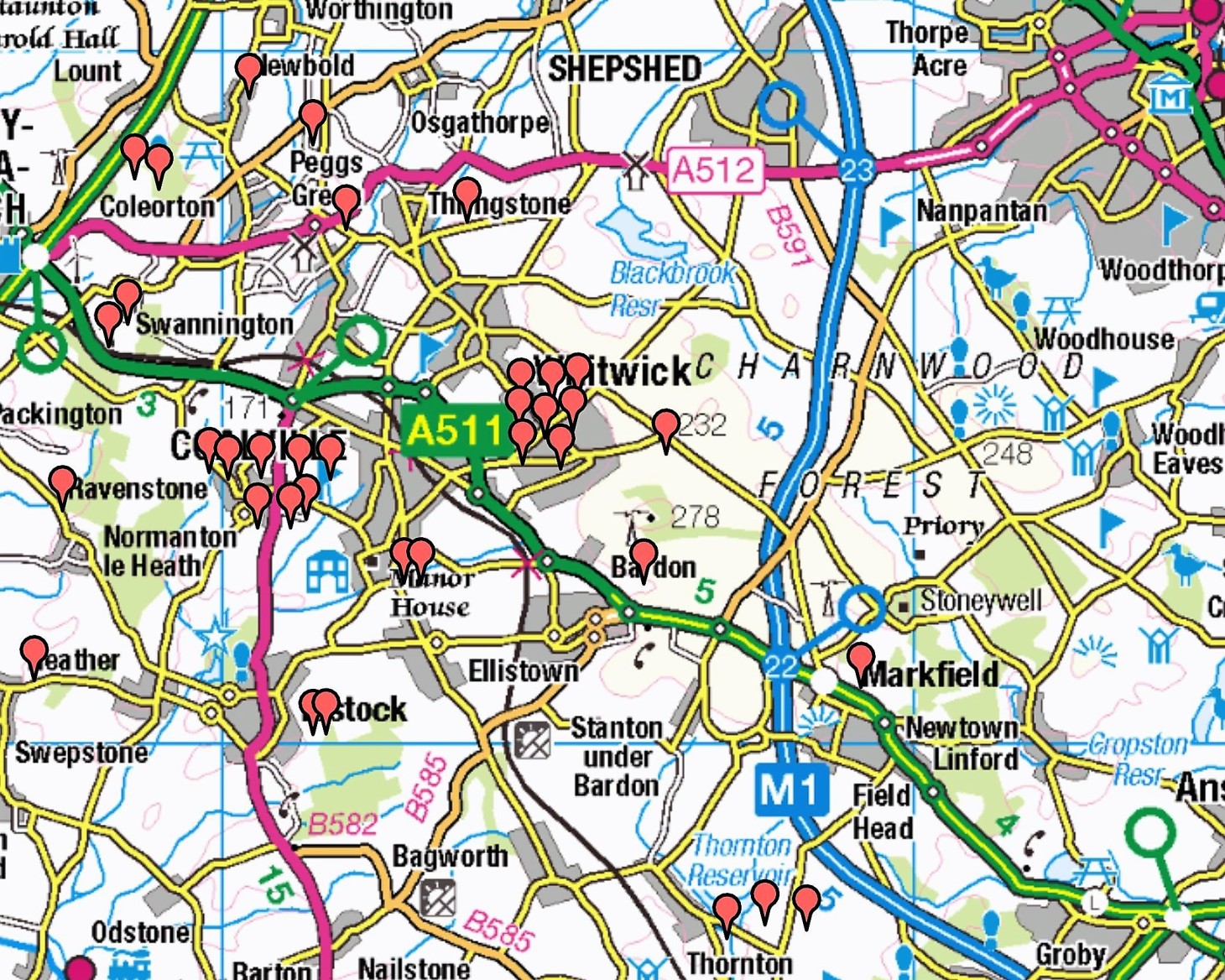 The Thatch – as it is apparently known locally – looks like it is covering all bases as a proper old style pub with a room set aside for food. 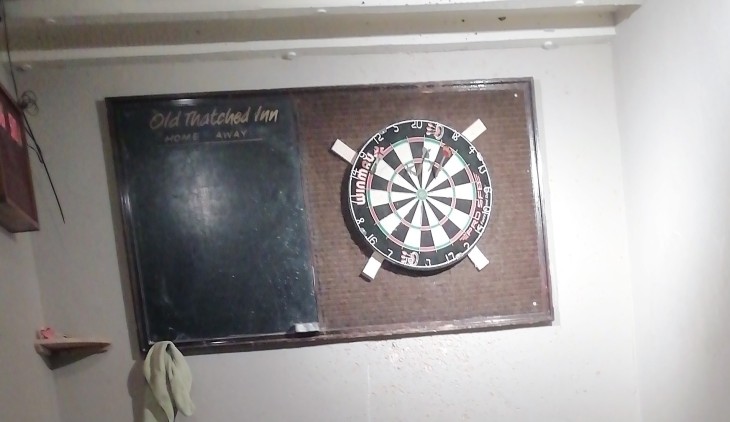 It’s a bit of a Tardis with a snug attached to a food room and a lowlit games room with pool table, dart board, fruit machines and SKY TV.

(view through the hatch)

However, like 99% of pubs in the vicinity, the welcome is warm and the old boy, talking to another couple in the snug about pubs in general, stopped to say hello, as did his pals.

The gaffer was busy bringing through plates and plates of food for what must have been a party/function later but found time to pull a cracking pint of Pedigree (Marston’s). 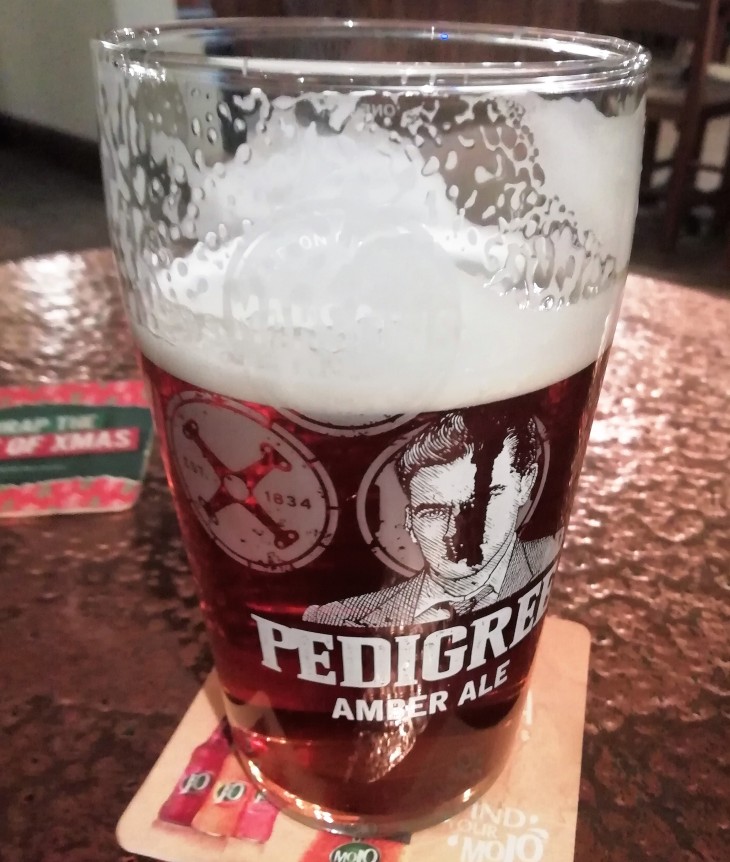 I noted that three of the four other punters in the pub were on it as well and the gaffer confirmed “it’s a great seller here.”

The feller in the back room watching the sport nodded and two lads arrived in the snug for a lager after they’d just finished their shift.

This place reminded me a little bit of The Odd House in Snarestone in its layout as a bit of a country boozer, but this one has had a bit more cash spent on it.

Mind you, as I stood outside having a chat with the bloke who was in the bar area, he told me that the thatched roof was up for a refurbish in the near future, which would cost a few quid more.

(can you see the thatched roof?)

He also confirmed it used to be a farmhouse and agreed with me that most of the pubs in this region are friendly. He did add the caveat that “it depends what they’re on” but all the punters on the ale seem to be chatty and happy with BBB, lively chat and an old school boozer.

A ‘proper’ pub with something for everyone and I reckon Mrs BB and the kids would like the food and beer garden…I might just have to come back again!