“Is that a Forest jacket?” Said the gaffer of 538 – Ye Olde Spa Inne DE22 3SU in Abbey Street on the edge of Derby city centre.

His pal came over and inspected my jacket and thought it looked like a Forest jacket, then convinced himself it was a Norwich one before agreeing it was just a school badge motif.

The gaffer was also convinced and clearly relieved that deep in Derby territory there were no blokes walking into the pub sporting any Nottingham Forest style gear.

I had to confess I was a Birmingham fan but no one minded and I thought I’d take the coat off to avoid any more Spanish inquisitions.

Sky was on in the background on a big screen and I was there just in time to see Scott Hogan had bagged a last gasp equaliser and therefore my pint would be more enjoyable! 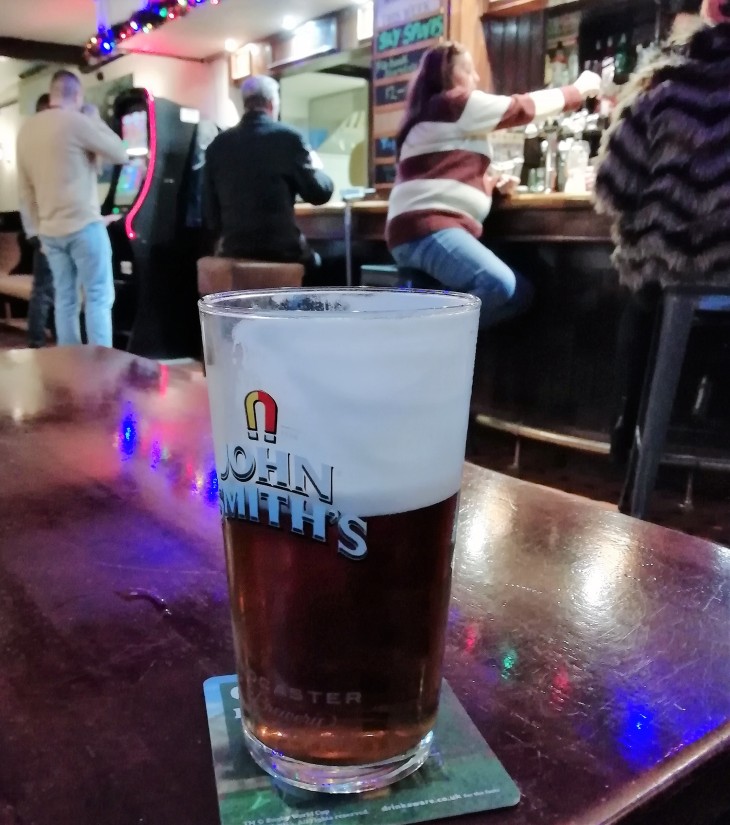 This boozer is one of those places that is a local on the edge of the city centre – a bit like the Big Bulls Head in Digbeth – although there appear to be far more chimney pots in this section of Derby.

(Derby ring road – the place to be) 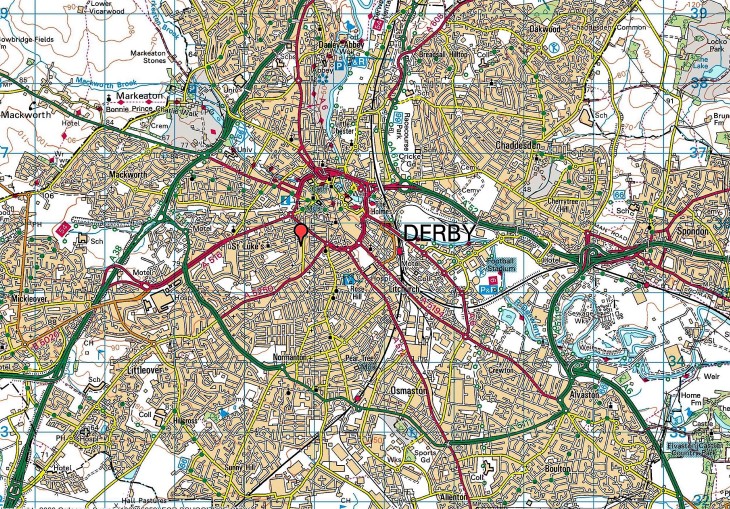 It actually looks very well-manicured from the front with its distinctive topiary and it’s a Grade II listed building.

There’s a decent history too as it was built in the 18th Century to capitalise on the iron water spring and this gives the pub its moniker.

There were plenty of smokers and drinkers and it looked like it was set up for a 30th party later with balloons in one of the back rooms.

There was no malice when I walked and the handful of punters were friendly as were the staff. A decent atmosphere with music in the background and it was the lull before the storm and I’m sure this place is lively on many an occasion.

All the cask pumps were turned round so I got stuck into a John Smith’s Smooth which, as always, is a steady pint.

but the welcome was warm – once my footballing credentials were established (it was all bantz) and as I left the barmaid made a point of saying see you soon as she was dragging on a fag.

As the map shows, there are more than enough chimney pots around and with the pub showing Rams TV along with all the main sport channels there is no doubt it’s audience is most definitely dyed in the wool Derby