Part 1 of the week in Willington has definitely tempted Martin for a week-long stay in the Ibis Budget hotel – I mean why wouldn’t it?

I think the second instalment might just clinch it and not just the prospect of breakfast at 8am at the Cherry Tree Farm.

You left me on Wednesday navigating my way back from Fazeley after a day in Staffordshire and Nottinghamshire was the port of call and hop on the train towards Beeston. 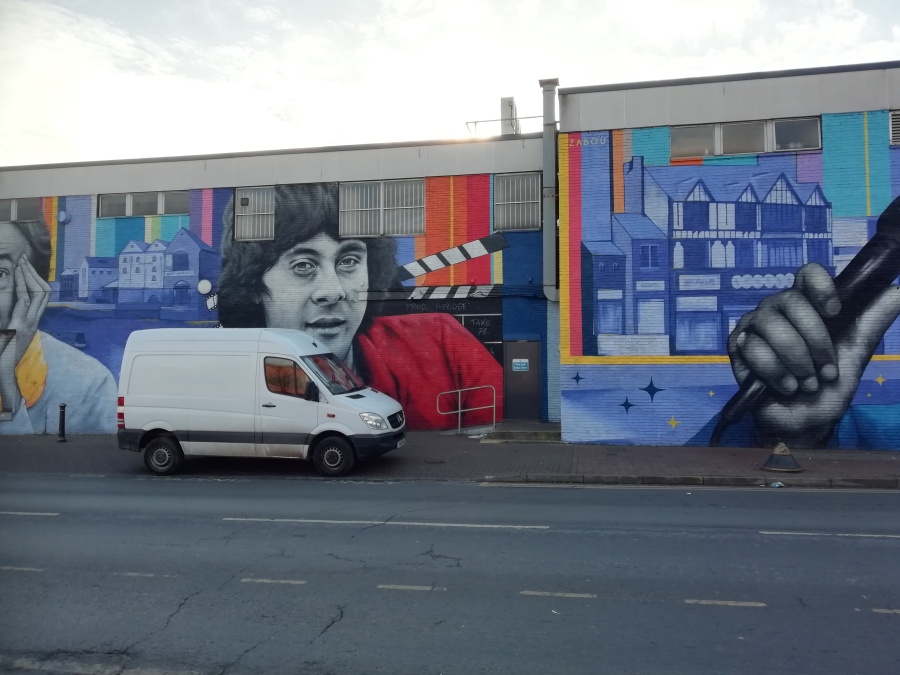 Beeston has a plethora of pubs and as well as a train station is on the tram system so you could easily head off into Nottingham if you want, but this bustling town has plenty to offer.

I appear to have missed most of the GBG entries on my visits to ‘the home of hockey’ but I can certainly recommend visiting The Star Inn.

Once used as Boon’s boozer for Morrisey and Elphick back in the day, it is a classic multi-roomed pub, which serves excellent beer

Heading back towards the town centre there is also, tucked away up a side street, The Malt Shovel.

Plenty of food on offer here;

but still very much a pub and serving decent ale alongside a good atmosphere.

The Cricketers had just reopened and was trying to shake off a reputation;

it was absolutely fine when I went in and whilst the beer choice wasn’t one for the connoisseur it was gearing up for a party on the evening.

Jumping on the train will take you to Long Eaton in about ten minutes and there are a veritable array of hostelries here.

I’ve been to The Sawley Junction, which is literally a stone’s throw from the station and it’s a cracking micro and also one of the boozers on my ‘to do’ list in the next couple of weeks as it is my next ‘live’ blog.

Aside from that I also visited a fantastic town centre pub called The Blue Bell AKA The Bass House although it doesn’t sell Bass!

Lively and noisy, this was a proper town centre pub and one you will need to make sure you join in with the locals. 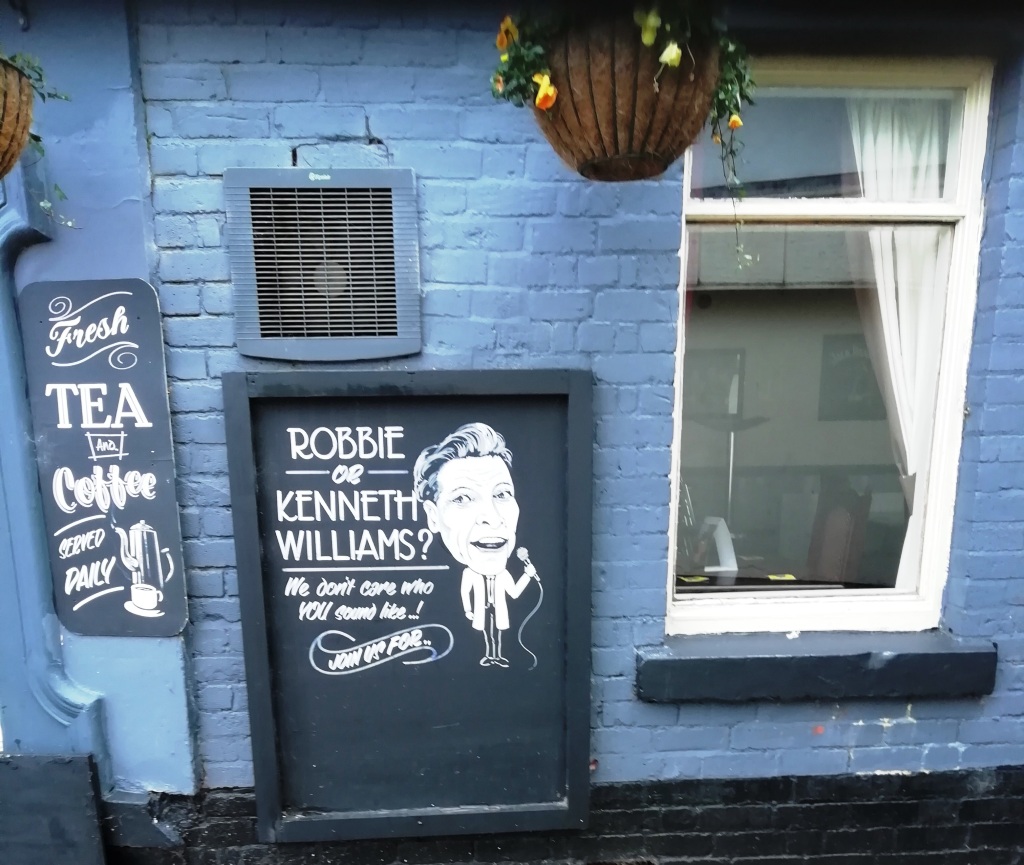 Last port of call in Long Eaton is estate boozer The Wilsthorpe Tavern.

This is a bit of a walk from the station but the perfect place to end your evening as a good array of ale and lots of sport on the TV.

A direct train back to Willington to finish off another day in two good suburbs across two counties. You can arrive back in Willington safe in the knowledge that the Chinese takeaway – Sun Hall – will be open and you can fill your boots.

A brisk walk to the train station and then get the direct to Nottingham. Jump on the Rainbow One bus and this will take you out towards Ikea and its golden mile!

Kimberley has a couple of magnificent old skool pubs that are really well kept.  The Cricketers Rest was buzzing when I visited and friendly with good beer 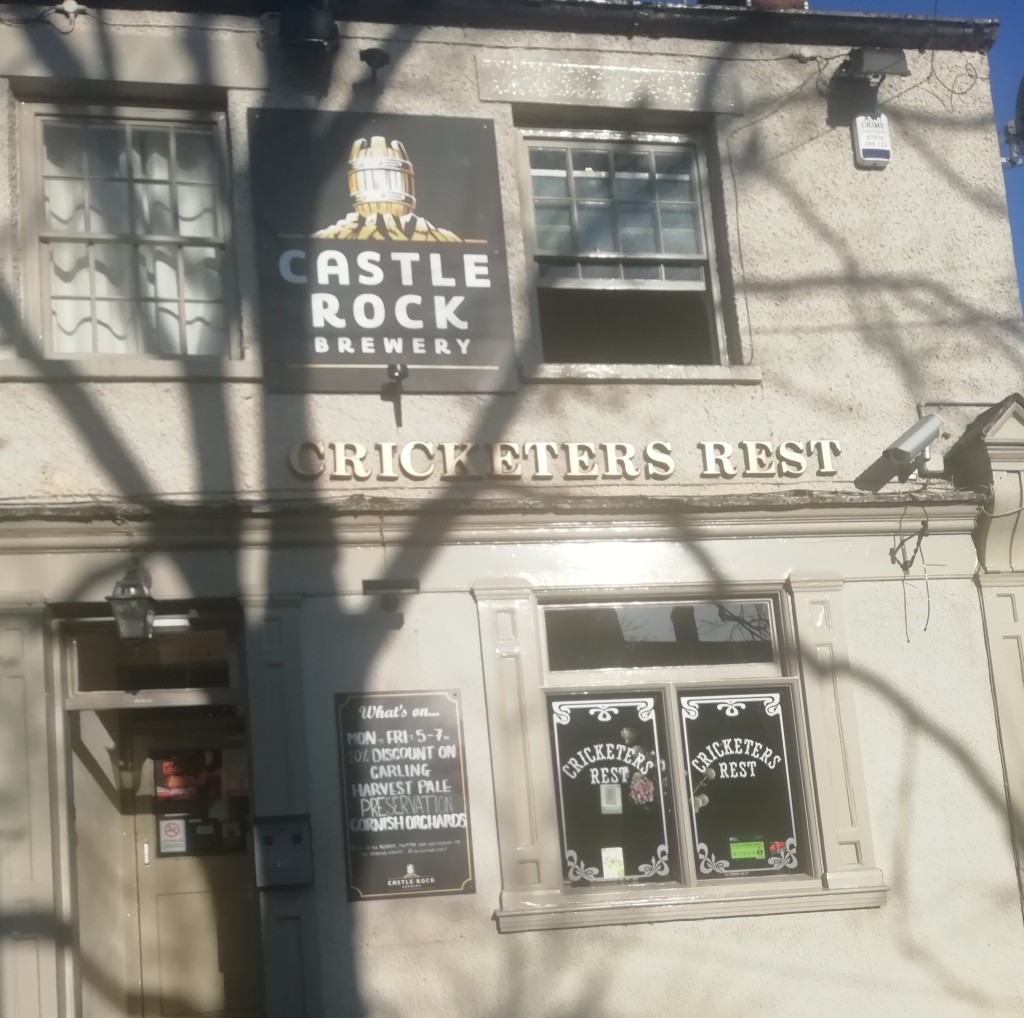 …what more can you want.

Likewise The Nelson and Railway which was also crackling in mid afternoon and a multi roomed classic of its kind.

There are other options in this old mining town but those two were the pick for me, 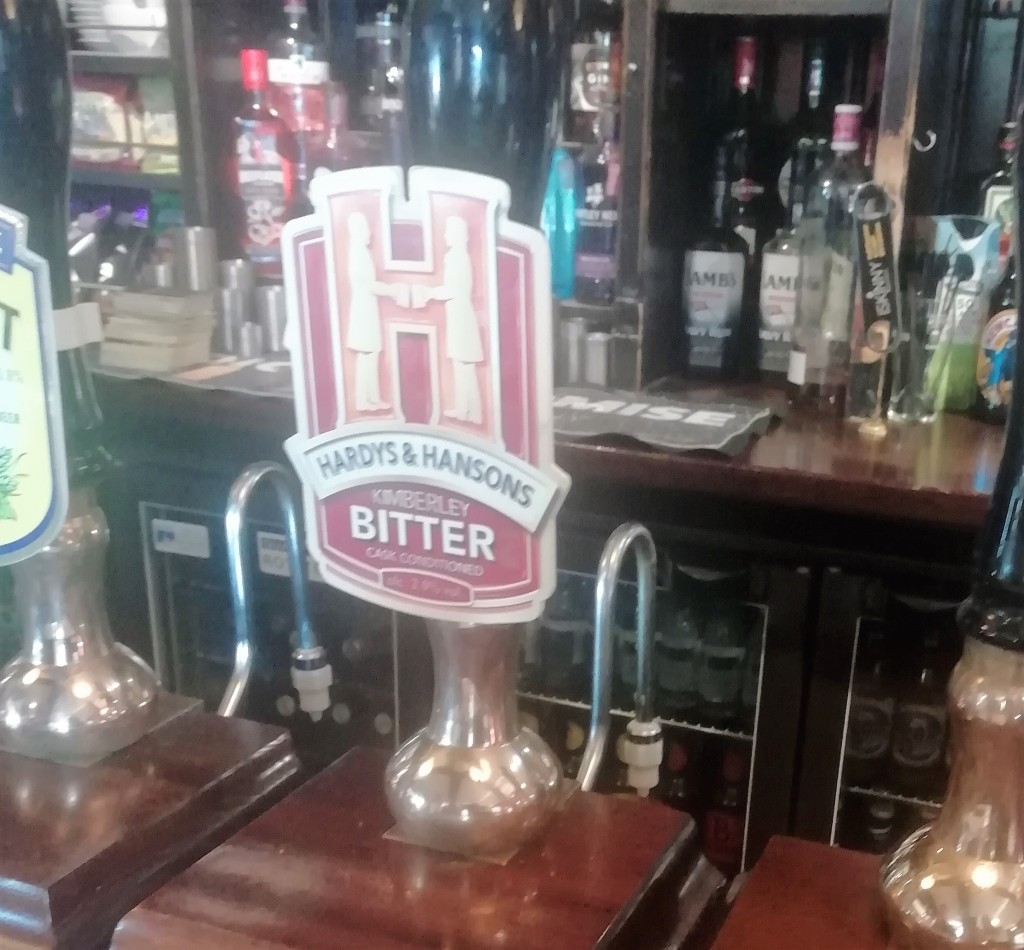 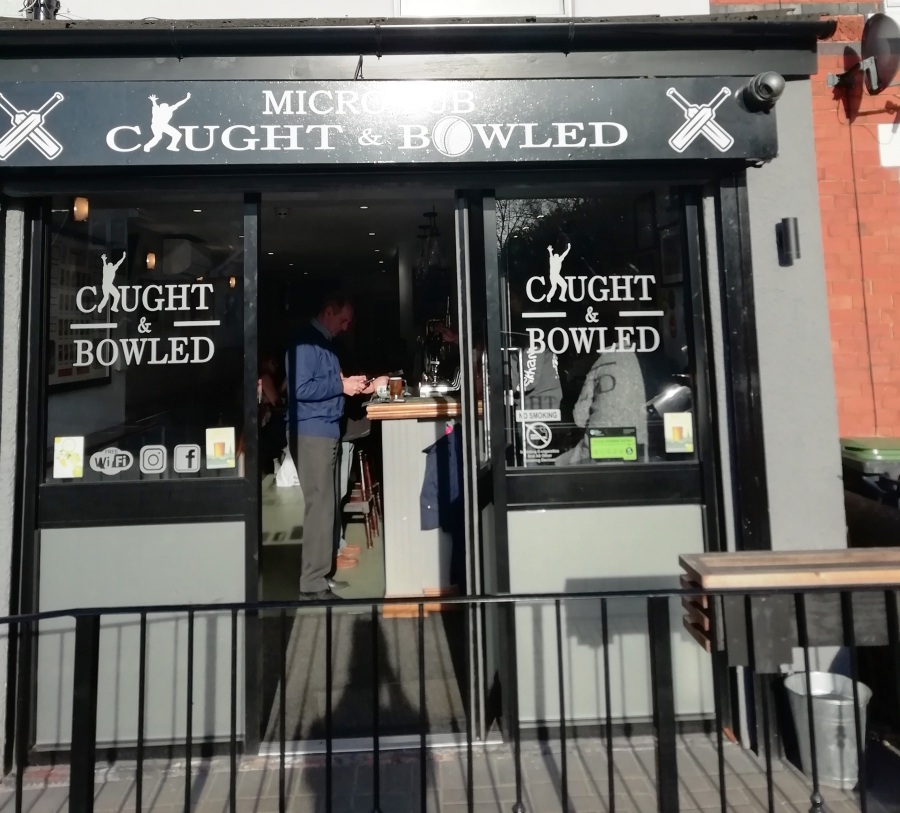 The Caught and Bowled is virtually opposite Sweden’s best export since Thomas Brolin.

It’s owned by Akhil Patel who played for both Notts and Derbys CCC and a cracking little Micro that feels more like a boozer and is very much a new wave version as opposed to the old skool Hillier rules. 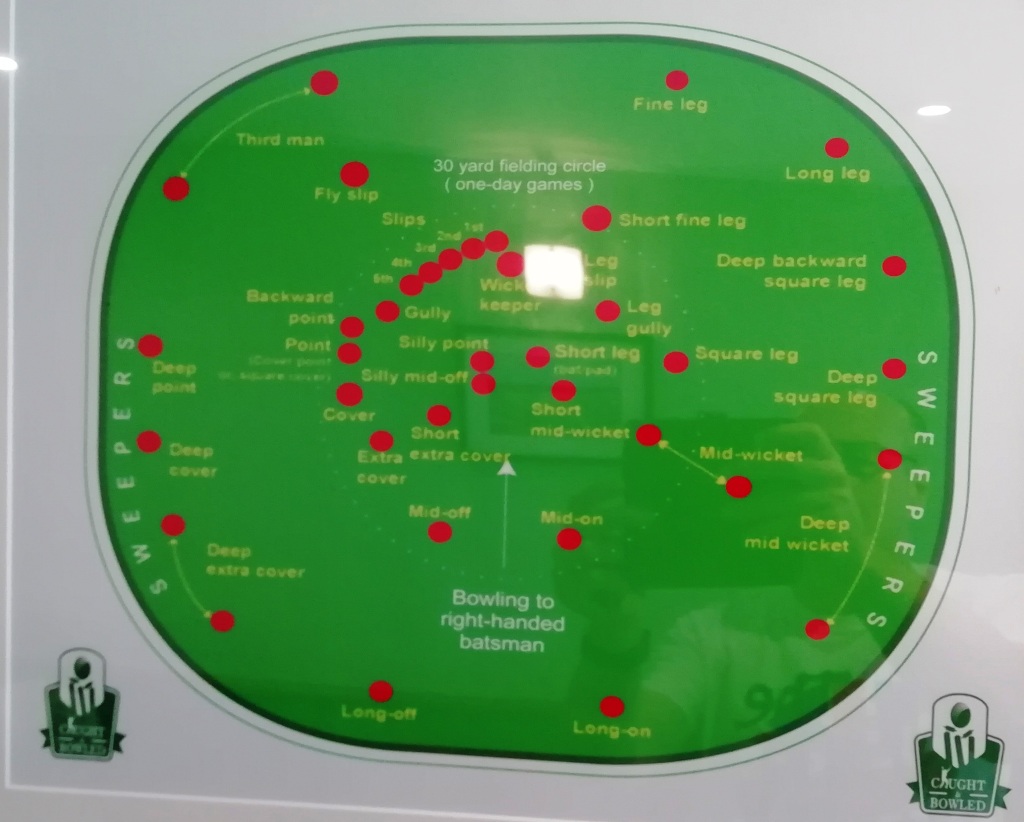 Back on the bus and further up the Nottingham Road you reach Eastwood, which has had an explosion of new small boozers. 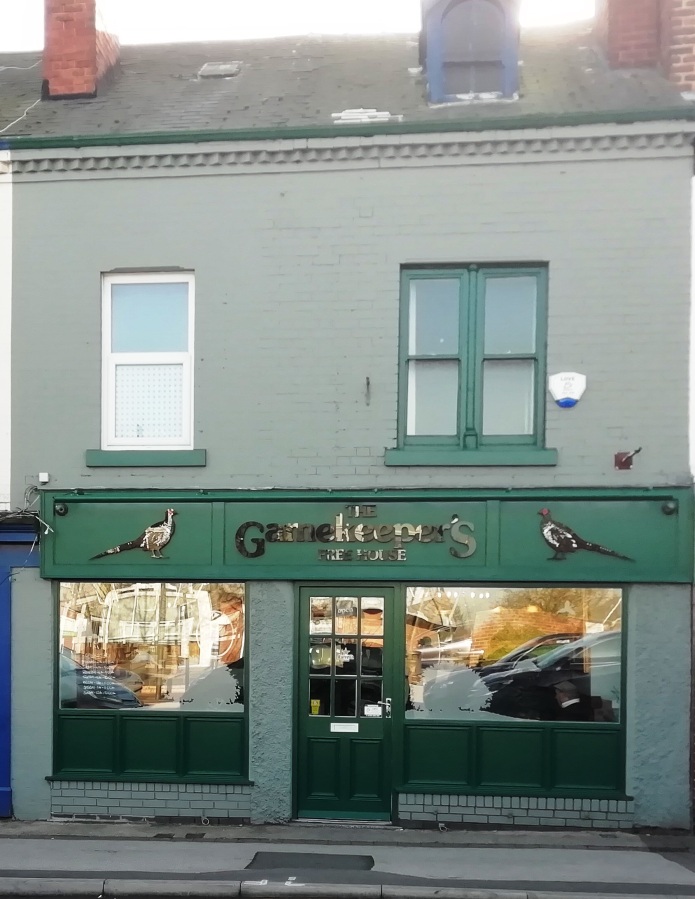 …had two old boys with the broadest Nottingham accents I’ve ever heard and were more indecipherable than the Black Country boys! 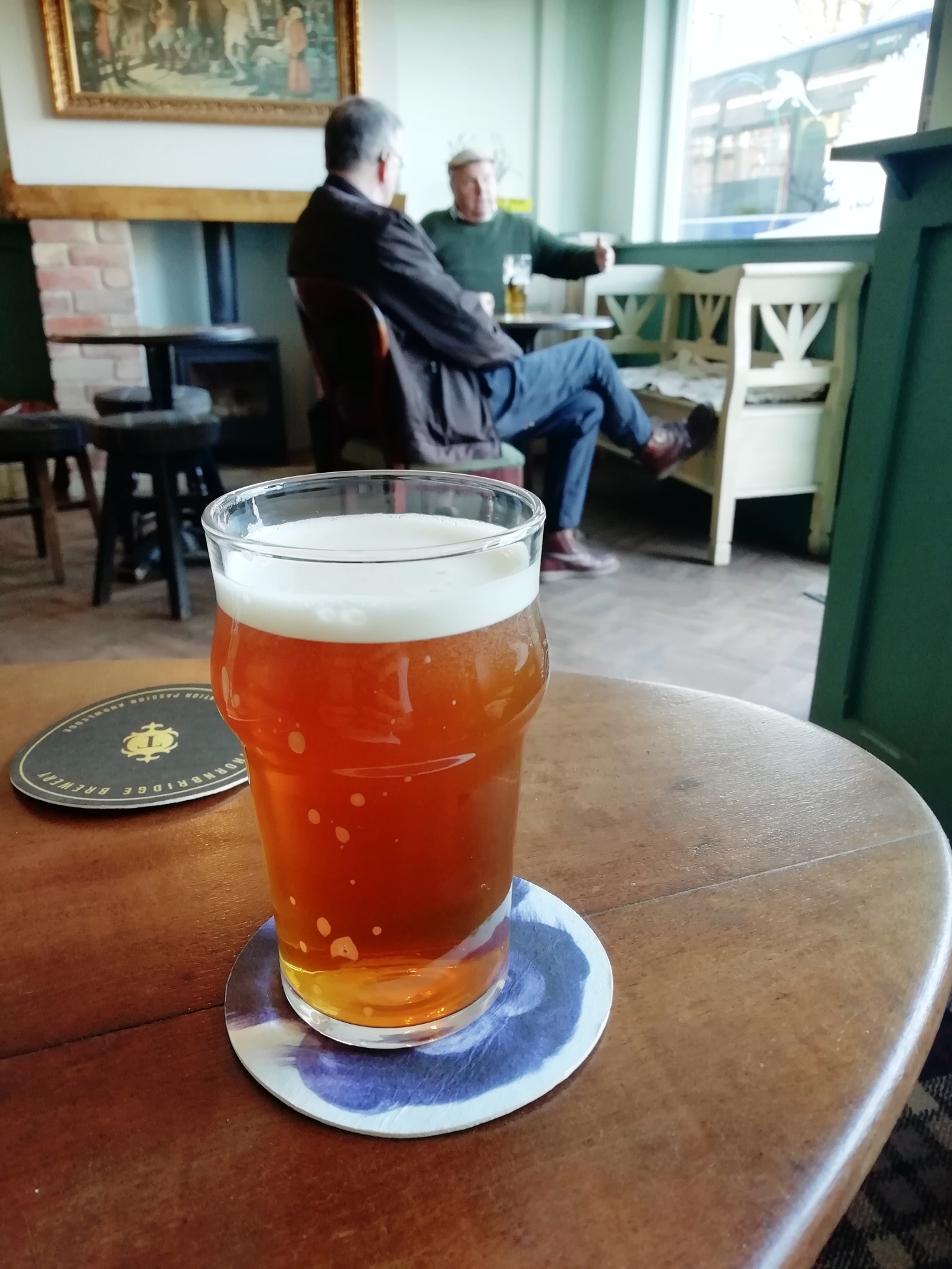 and up to Mellor’s Mews

and its fine selection of Abstract Jungle beers before the bus back to Nottingham and then back on the rattler to Willington.

There’s a big shopping sprawl in this suburb of Derby and on the main drag is The Half Moon. A terrific locals boozer with sky sports dominating but not at the expense of acerbic humour.

for a game of pool, watch a bit more live sport on the box and then work your way back towards the main road.

There’s also a boozer called The White Swan here but I’ve not been to it so I’d get on the V3 and head back towards Willington stopping at The Hollybrook at Heatherton.

Yes, it’s and Ember inn but it’s Alan Winfield approved, which should give you some idea of its credentials.

Head out towards Stapenhill, which is on the outskirts of Burton and this where your Saturday will really warm up.

You can take in some crown green bowling at The Barley Mow, 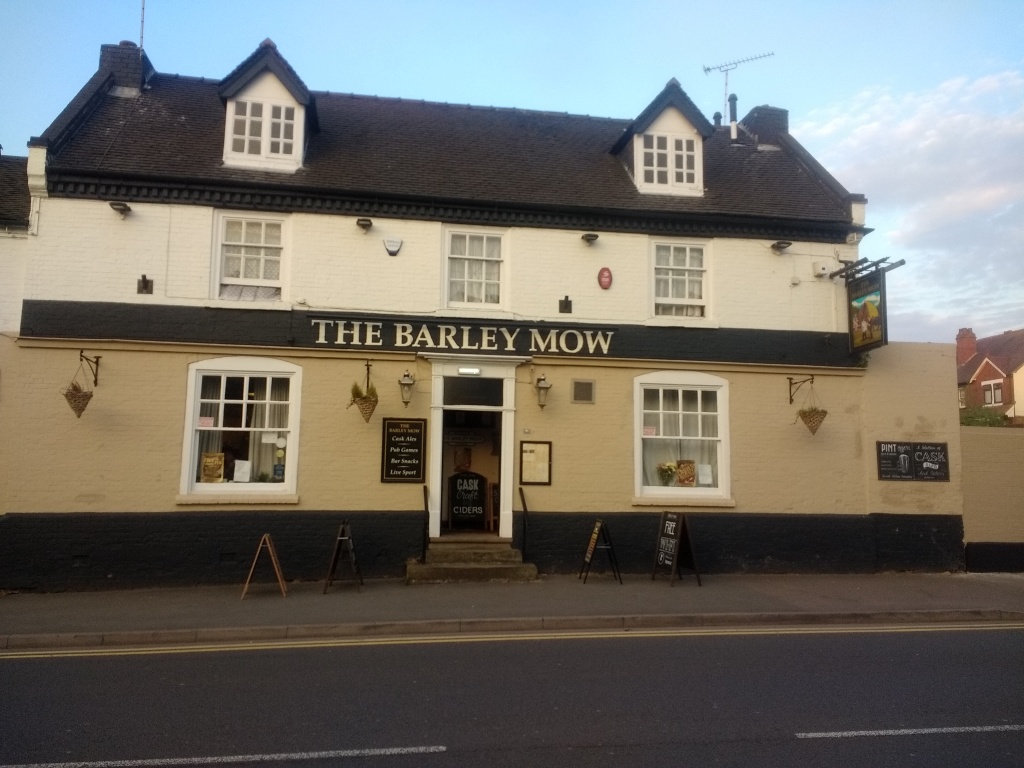 before heading back to The Elms. 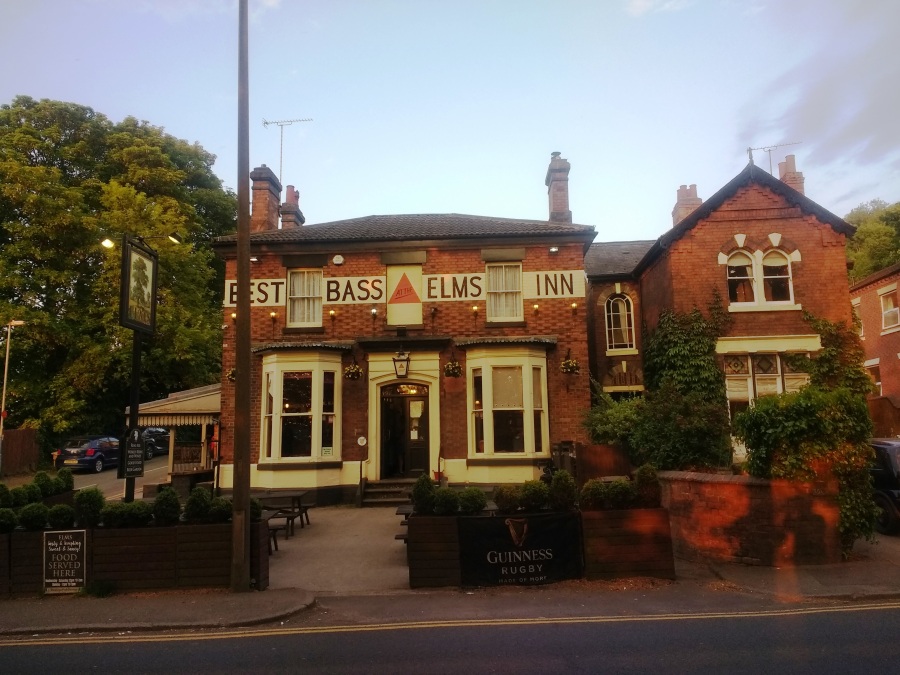 To be honest, I’d stay here as long as possible and get the last bus back as this is an absolute gem.

Lots has been written about it and I can only agree, as it is just a fantastic boozer.

Just in case you were thinking it was wind down time on Sunday then I am afraid you were wrong. Like all good Club 18-30 holidays it is building up to the big crescendo and the home of brewing awaits.

The V3 will take you straight into Burton and I am going to reel off a few, just a few of what Burton has to offer and rest assured I will have missed a few off.

However, one of the reasons I am enjoying this is the fact I can reminisce (all anyone can do at present) about boozers and I am enjoying reading some of the blasts from the past.

The Alfred Ale House is an old Burton Bridge house and just exudes pubbery and lazy Sunday afternoons so could well be a good warm up before heading to The Weighbridge Inn, 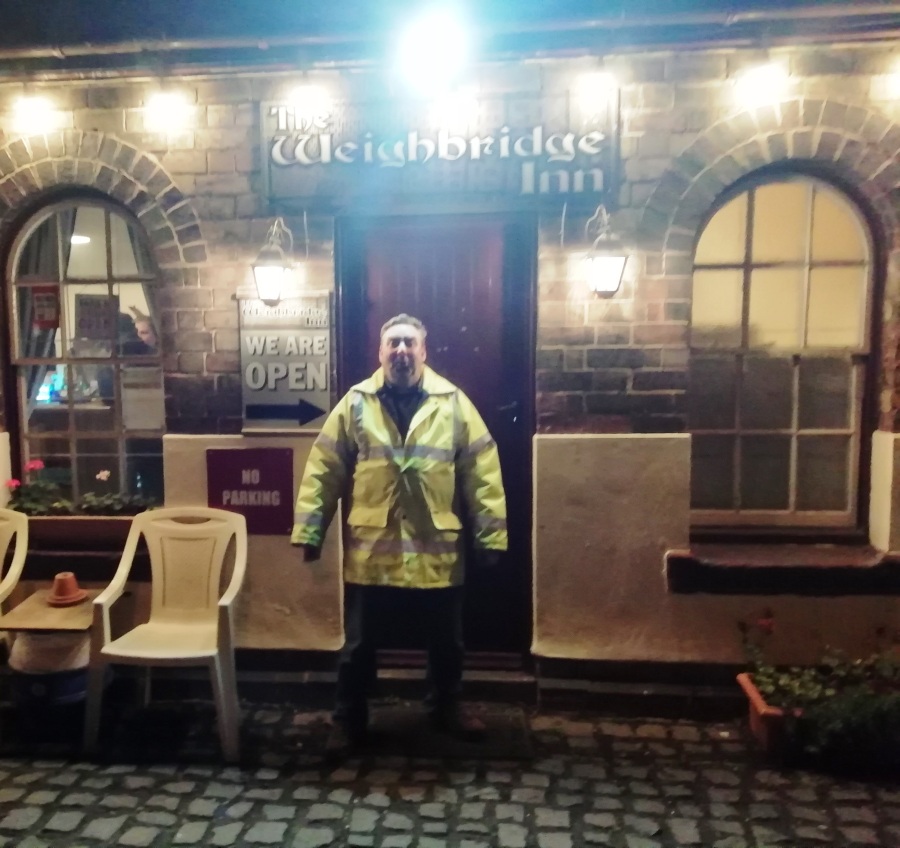 which is just underneath the station and former grain store now up and running a s fully fledged micro! 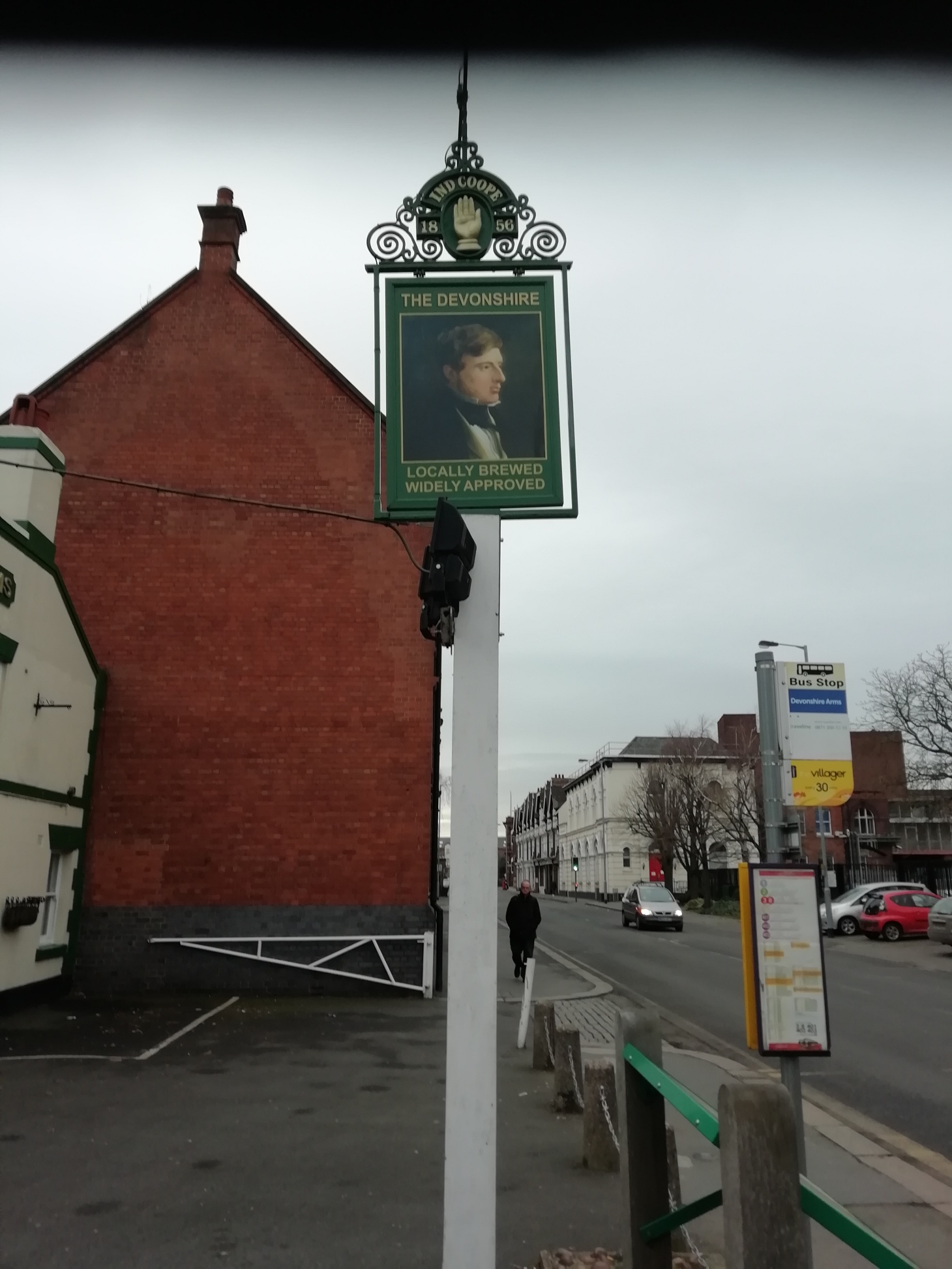 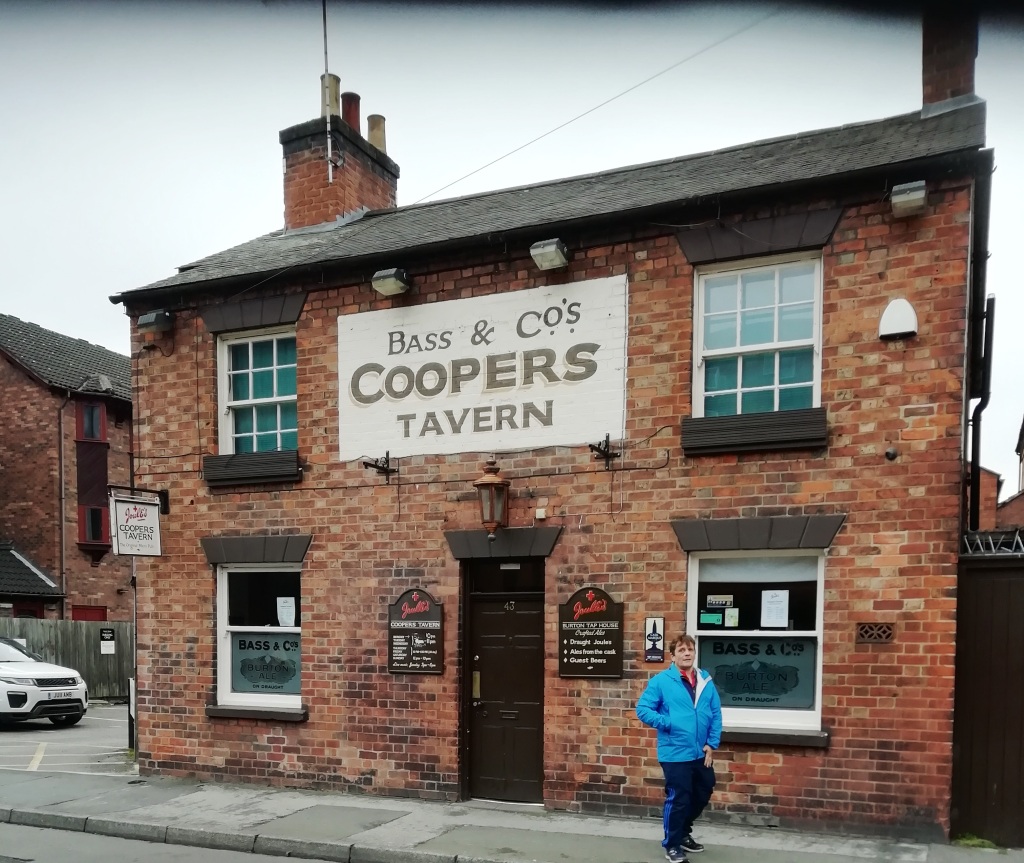 but are all excellent pubs and come with official B&PF approval after being frequented in their most recent Big Day Out.

and the gaffer is a proper football man with Burton Albion and Crystal Palace his two vices. 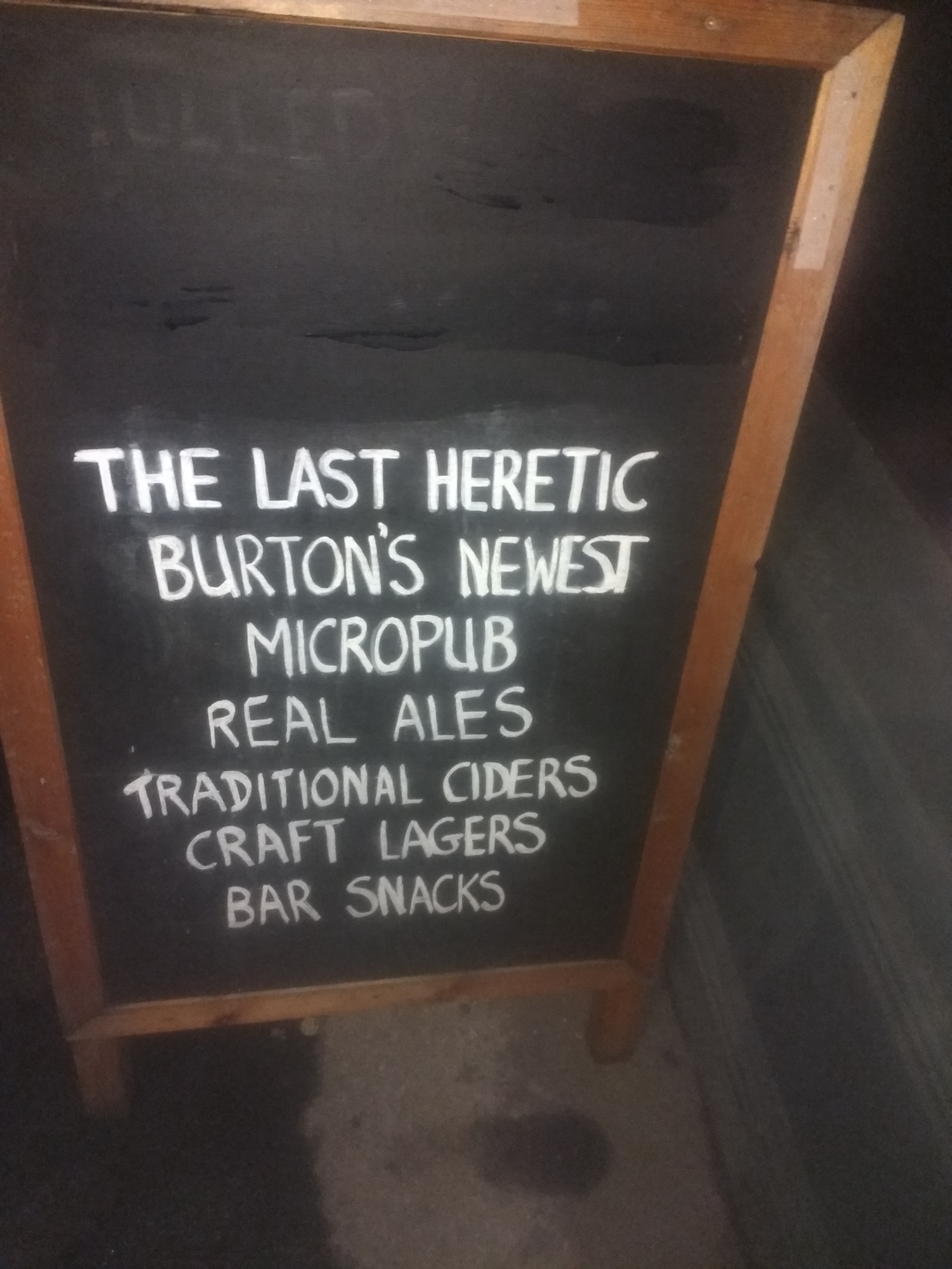 You might fancy a bite to eat by now so I would recommend The Crossing which has been transformed by former lead singer of Anti Pasti Martin Roper and sells terrific beer with good food to boot.

A slice of real Burton life can be found in The Anchor Inn, which is one of those non-spoons town centre bars…

..that everywhere should have.  By the way, it also sells top class Pedigree

…but has apparently been brought by the excellent Fownes Brewery as their Tap House so if this up and running then it will be well worth a visit.

…whilst the Burton Bridge Inn is another not to be missed boozer.

The former bottle shop – Brews of The World – is fantastic.

It sells some mind blowing craft beer and the gaffer is a cracking feller so I’d recommend this place as well.

Just in case you are still coherent The Navigation, 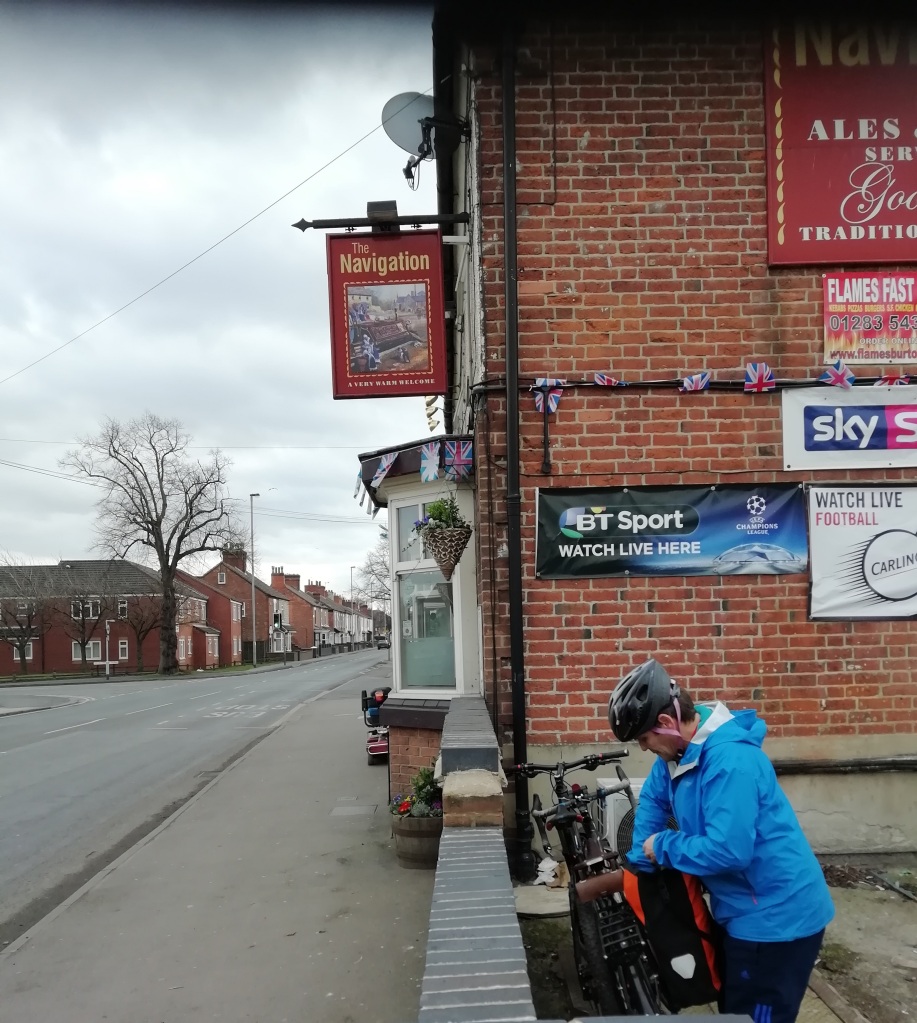 which backs on to the canal in the Horninglow area of Burton, is a real Burton Albion stronghold and also sells Bass! 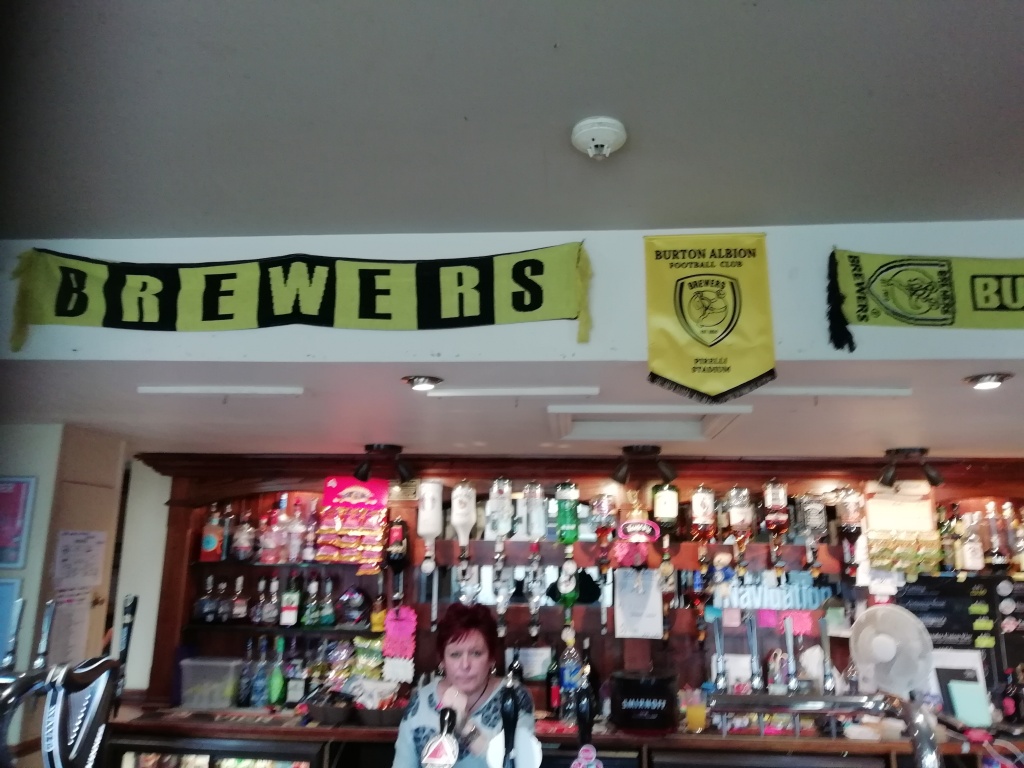 The bus stop would be probably for the best by this time and a final stop at Sun Hall on arrival back in Willington to soak up some of that booze is order of the day. 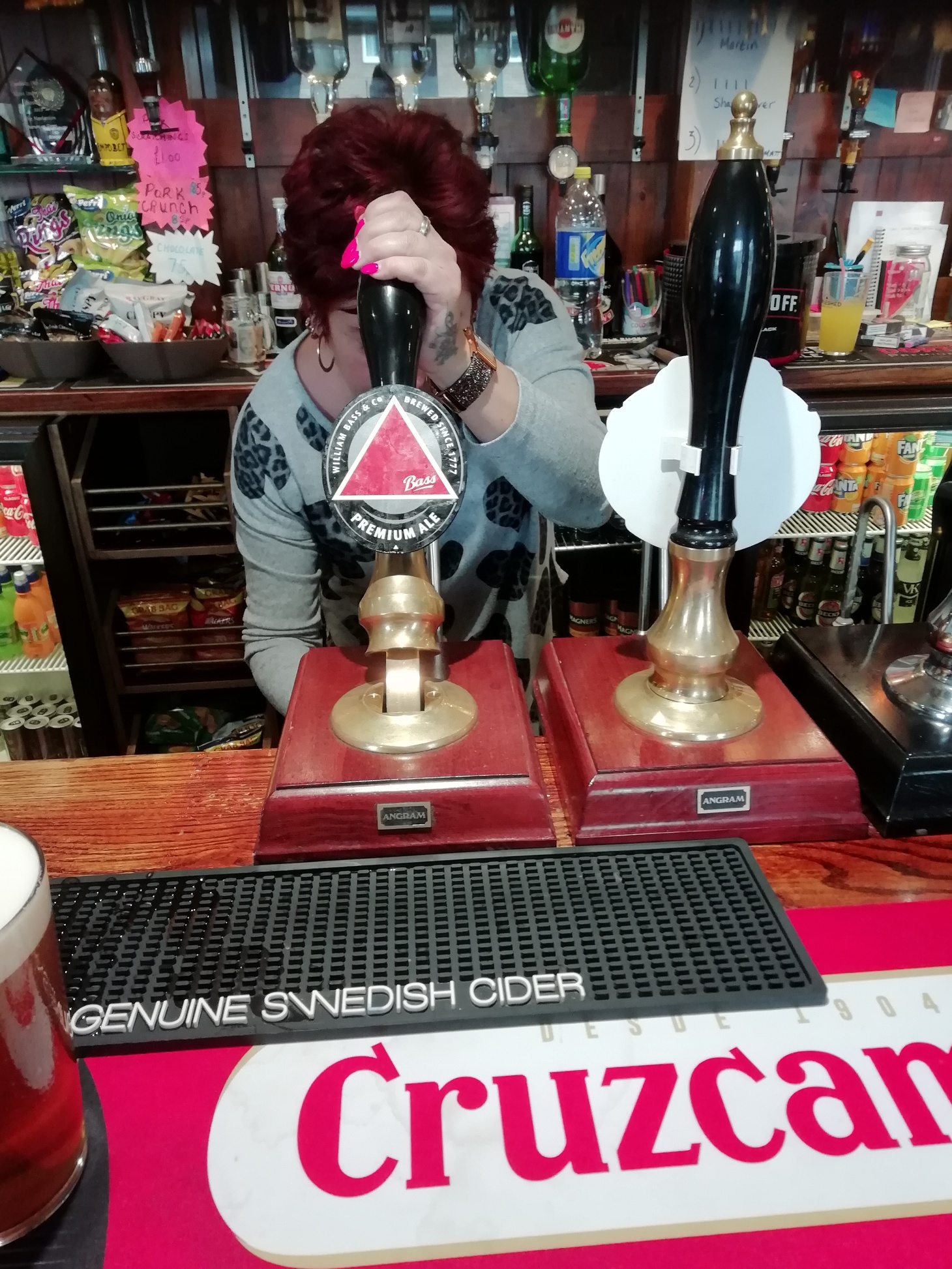 Nonetheless, the Burton and South Derbyshire tourist board should be marketing this as the ultimate holiday destination if overseas travel remains off the agenda.

4 thoughts on “A Week In Willington: Part 2”