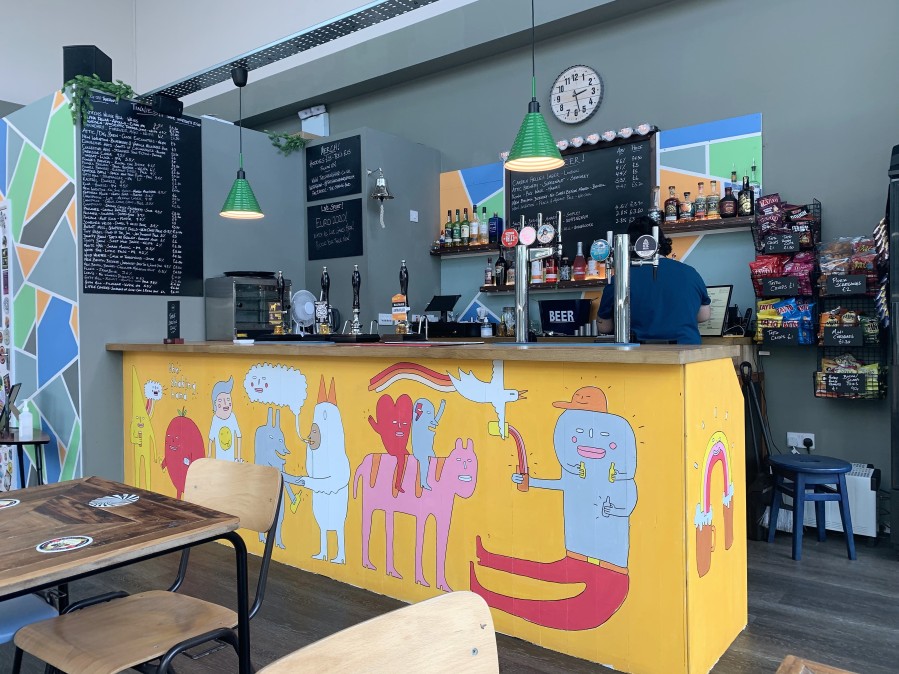 You left me lapping up the sun in The Colebrook with the subsequent news that Pete Allen – Ember Inn quiz guru and canal boat Carling drinking legend – used to present quiz night there.

However, this is 2021 and Pete’s agent negotiated a big money move to the next suburb (Olton) and The Olton Tavern meaning he has left Shirley behind for the lure of filthy lucre.

However, I am made of sterner stuff no one is paying me to drink in pubs and the plan with Big John and two more Solihull old boys was to hit that Wednesday night mecca of entertainment – the A34.

Shilrey has enjoyed a bit of a renaissance in recent years with the advent of the Parkgate Centre and whilst it doesn’t bring in people from all over the Midlands like its more salubrious neighbour – Touchwood – in Solihull, it has added a bit of glamour to this particular corner of Shirley.

but it’s still an impressive looking sight with the sunshine beating down.

It’s also added a whopping gleaming new Wetherspoons known as 632 – The Pump House B90 3AQ  Now I’m a big ‘Spoons man and I’m not sure if it’s the glass partitions or the app but the general crackle and laugh and atmosphere of spoons doesn’t seem to have returned fully as yet.

Don’t get me wrong, we had a good half hour in this behemoth of a boozer and the Steerage (Titanic) was excellent and only £2.15 so what’s not to like?

But it just feels a bit more clinical these days and I think Tim’s empire will benefit hugely from a relaxing of the rules, although it was the most packed pub of the day.

Of course, the whole point of this day was to beat Martin, SI and Duncan to a GBG entry and I think I might just have done it on this occasion.

Unbeknown to me 633 – The Shaking Hand B90 3GG which is situated in a unit on the Parkgate development, is a bona fide 2021 entry.

Big John, who is a Shirley stalwart, was worried this place might not reopen after lockdown as it took its time, and is at the other end of the spectrum size wise to the ‘spoons.

However, a chat with the gaffer confirmed that all was good and the rent had been favourable during lockdown so it was all systems go.

This place shows live sport so isn’t your Herne Bay model micro and he confirmed that one of his regulars had already booked a table for six for Turkey’s opening Euro 2020 game and that business was brisk once again.

There was a nearby table of of four blokes in good voice and the beer was magnificent as I had a pint of Snake Eyes (Black Iris) and the conversation flowed with Birmingham City’s top 10 games the main topic of discussion.

We were joined by Dan and within minutes it was clear that the Lion still has more characters than any other boozer in Shirley.

However, before we finished off our hat trick of Parkgate pubs we still had time to visit the legendary 156 – The Red Lion B90 3AX, which is a brutalist beauty in stark contrast to the shiny new Shirley.

A very decent pint of Doom Bar (Sharp’s) I believe and couple of random pub conversations about Greengrocers and of course, Birmingham City, with blokes meant this felt like pub life was returning more than anywhere else I had been so far.

I’ve waxed lyrical about this place before but the joy of the Lion is that it is one constant in an ever changing High Street.

So, three more pubs notched up (two on the LAF tally) and the day was beginning to move into overdrive…