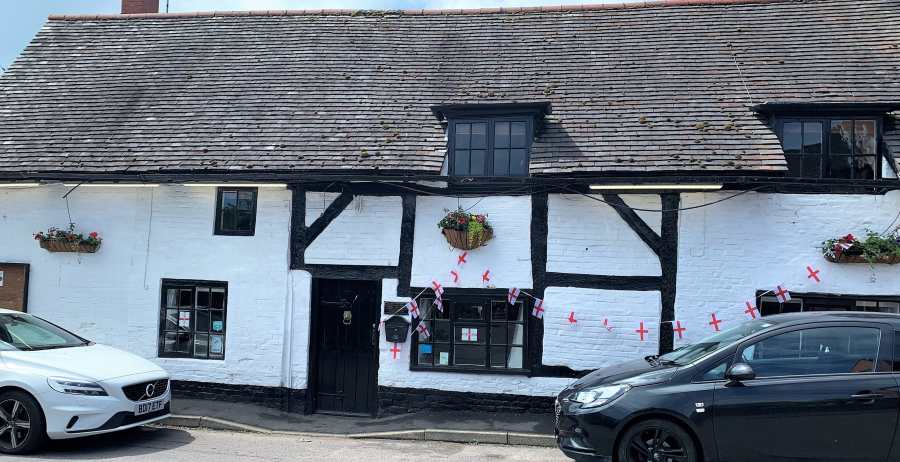 Tamworth Mark comes up with some classic humour in the comments section of the blog although he also reveals the odd pub gem.

Throw into the mix a range of towns and villages such as Wigan, Whitwell, Dunfermline, Evesham, Barnet, Carlisle, Birkenhead, Preston, Burton, Brierley Hill, Stockton to name but a few and you can tell it is proper pubbery.

It’s well worth a look and you can read it here.

648 – The Holly Bush Inn DE73 8AT is a cracking little boozer tucked away in Breedon on the Hill in North West Leicestershire.

It oozes history and is a black and white timbered pub with low ceilings just above the village green.

You know the sort of place that The Kinks wrote and sang about in the sixties, quintessential Britain.

Breedon is of course home to a massive quarry as well

as its limestone hill that is 400 feet above sea level and, in this region, offers relatively spectacular views.

The pub was very welcoming and the landlady showed me towards a table in the corner and this is clearly a locals pub.

Plenty of gentlefolk in there and I reckon the average age was around late sixties but the soundtrack was one to entice the likes of Mudgie in.

Guns ‘n’ Roses, AC/DC and Metallica were all on in the background as ‘elevator music’ but thankfully not too loud, more of a foot tapper whilst the conversation was still flowing.

It’s on the Cloud Trail, which covers the disused railway track dismantled in 1980, and covers the likes of Melbourne, Tonge, Wilson and Worthington amongst others and a popular walkers route.

The gaffer brought me over a magnificent pint of Ashby Pale (Tollgate) and even found some paper to sort out my wobbly table having lamented the fact beermats (which she’d normally use)  were a covid casualty.

A great pub and a terrific welcome and goodbye with an important “come back again, good to see you” comment.

Maybe it’s the North West Leicestershire branch of the septuagenarian heavy metal fan club and I should probably ring the Daily Star just to let them know…in case it’s a category next year.

Either way, it’s a classic British village pub selling top class cask beer that is well worth a visit.