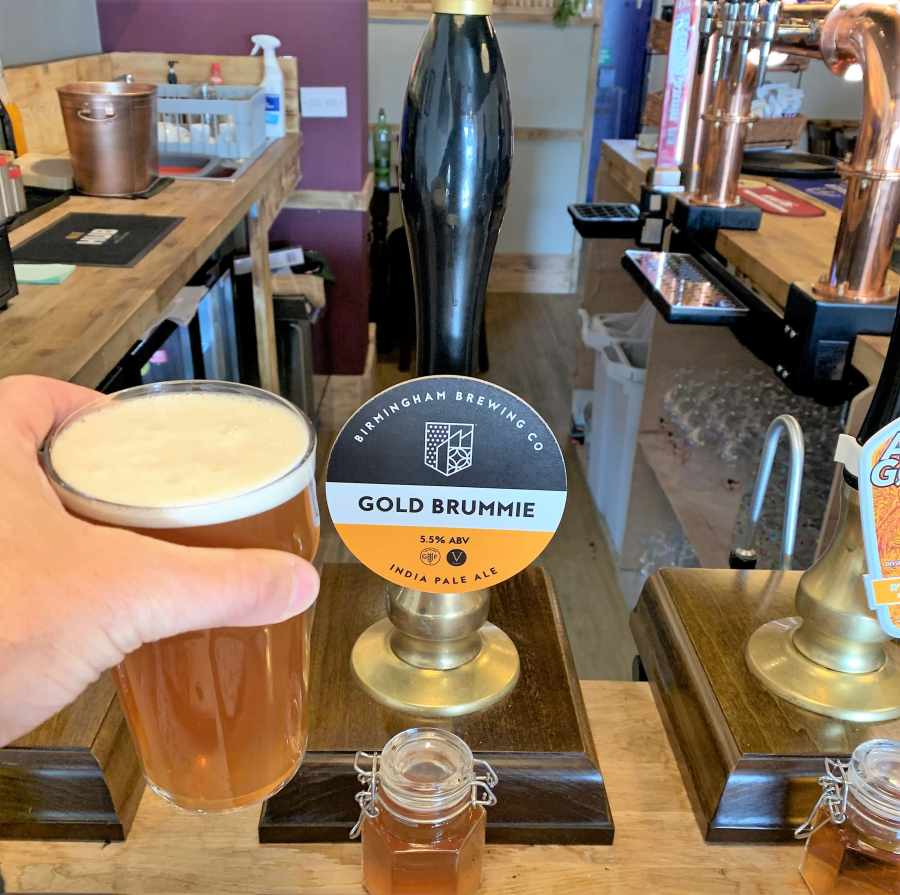 You can’t rest on your laurels for a minute in this blogging lark.  There was me thinking I’ve cracked it after my recent Digbeth and Burton posts but those Americans are an impatient lot and Dave is already thinking of filing a lawsuit if I don’t blog on 2,000 pubs by the end of 2025.

Tamworth Mark, who is currently only posting on stately homes in Tamworth (an oxymoron there folks) is struggling to keep up with the pace of daily blogs, so Martin has suggested hiring Corby Mark as a ghost reader.

The Wickingman has come up with a cunning plan whereby I don’t actually visit any non-gastro pubs and send in a ghost drinker (probably a job for Stafford Paul) so to speak who visits all those pubs loved by Paul WME and Alan Winfield.

Therefore, with all this in mind, I thought the only thing I could do was take a trip down memory lane and visit a newsagent exactly one mile away from my old Secondary School.

Before I receive any more complaints from the Blogging Board of Control (BBC) about non-pub references I should confirm this newsagents is converted into 688 – Ale Hub Shirley B90 3ER.

This is the second in a three pub chain that is putting ale on the map in the most unlikely of places.  They first set up in Dickens Heath, which is a real ale oasis and have now set up camp in a a former newsagents opposite the Co-op, next to a pharmacy and a car wash in residential Longmore Road, Shirley.

Nevertheless, this is a chain that I think will work although I’m not the first blogger to pop in for a pint as Paul WME beat me to the punch on his recent jaunt to Shirley – read it here.

One of the biggest plus points is that it is actually open from midday every day so you can pop in for a pint, as I did on a Thursday at about ten past twelve.

I was the only punter in but the barman was great value and I had a good half hour chat with him whilst quaffing a top class pint of Gold Brummie (Birmingham Brewing Company) who always seem to deliver great beer.

Four lines of cask on is a good amount for a place like this but the Barman said business was going well and it had been steady growth and they had a good core of locals.

Not many were dark beer fans hence the IPA/Pale end of the market and said he was happy to be led by his punters.

It just felt like a good place to drink beer where they’d be just as happy to serve you a lager, gin, prosecco or anything else but just happen to keep a good pint.

I’m not sure why I’m surprised really as this is 2021 and the Midlands is awash with breweries and new pubs springing up all over the place and central Shirley has lots of options.

It’s good to see this new place ticking over nicely though and it will be a locals boozer within walking distance as there are plenty of chimney pots in close proximity and this looks to me like it will hit all corners of the market. Newsagents turning into pubs appears to be a popular move – I’m all for it as you can never have too many boozers and m