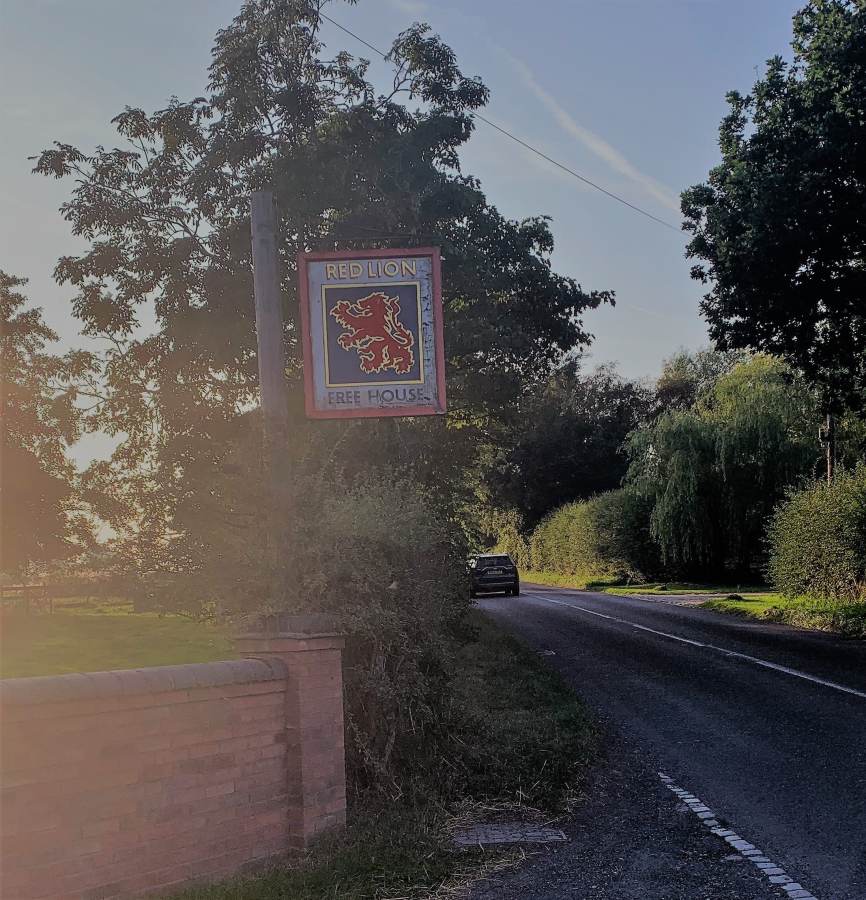 You left me in a town with over 23,000 punters in it and in the ever changing world of LifeAfterFootball I reckon my next port of call has roughly 23 people (Mudgie will know).

In fact, it was Mudgie who pointed out to me the amount of great little boozers there were in the hinterlands of Staffordshire on the edges of Stone, Uttoxeter and Cheadle.

Spit and sawdust pubs still exist in deepest darkest Stoke and a terrific example is alive and kicking in Dayhills.

The 696 – Red Lion ST15 8RU is like one of those pubs in Whitwick, which are known locally by a different moniker, and this is also known as The Romping Cat.

It’s basically a pub on a farm and it’s the middle of nowhere. So mobile phone reception is zero, meaning it’s a real test to find unless you know where you’re going.

All of which means it should be a shoe in for the GBG to make Duncan, Martin and Si’s jobs even more difficult, as I can’t imagine there being any public transport either.

In a positive way, it was like stepping back on time when I popped in on a Monday night as the place looks totally untroubled by modern gadgets.

The Boltmaker (Timothy Taylor’s) was absolutely magnificent and the conversation was exactly as you’d expect it to be, in what felt like someone’s front room of a farm house.

Lots of pub bantz from people who all knew each other but were very welcoming and friendly.  I think the ratio was probably 99% bloke heavy, but it was a gentle humour kind of atmosphere.

I chatted to a feller in the loo and he reckoned Monday and Wednesday were the liveliest nights at this place, which bucks the national trend.

However, I am guessing the Red Lion doesn’t worry too much about what is trending on Twitter or whether it needs to renew its BT/Sky/Amazon subscription and appears none the worse for it.