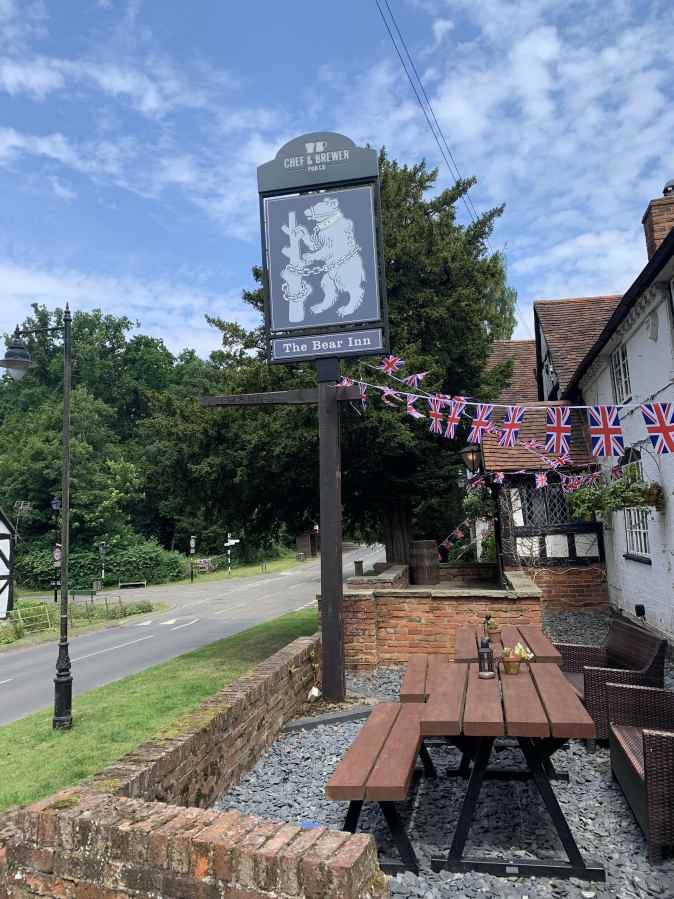 Regular reader (s) of the blog will know that Middle England, otherwise known as Solihull, often comes in for a bit of stick.

Justified too, as for a town of its size, it’s not a Mecca for anything pub/club wise really although there are quite a few decent boozers in the shires.

As part of my Christmas catch up’ I’m clearing the decks.  Of course, if I was a blogger worth my salt like Martin, Paul WME, Duncan, Mudgie or BRAPA these would have been delivered live from the pub itself.

Shenanigans galore would have been reported on although Dave does think I’ve upped my game after my previous post!

Sometimes, as a blogger, zilch happens in a boozer, but you are, by Rule 18 in the Bloggers guide to talking nonsense, obliged to report on the aforementioned hostelry.

Take, for example, the 778 – Wharf Tavern B94 6QT in Hockley Heath (Junction 4 of the M42).  A nice upmarket village on the outskirts of Solihull with its main boozer on the Stratford Road – or A34.

It’s a canalside pub (hence the name) and long been the pub of choice alongside the cider house for (Hockley) Heathens.

Smart hanging baskets meant there was a great chance the cask was going to be good and so it proved with a tidy point of IPA (Greene King).

Not a lot was occurring but a dartboard, jukebox and bench seating mean this place is probably quite lively right now with the World Cup in full flow.  Martin would describe it is an all rounder with food on the menu too and it is a solid locals pub.

779 – The Bear Inn CV7 7BB , whilst also being part of the Greene King empire, would probably pitch itself slightly more in the eating/walkers camp but it still sells a decent drop.

Situated in picturesque Berkswell it is closer to Junction 6 of the M42 but definitely part of the Solihull shires.

Berkswell is tagged onto the ever growing behemoth village of Balsall Common but The Bear feels like a tranquil corner of middle England.

I was there with Beermat junior and it must have been around the time of the Jubilee judging by the decking and ale on offer.  It was just prior to midday on a Saturday so we pretty much had the run of the place to ourselves but it is a classic pub in a listed 16th century building, which just oozes history.

A nice pint of Jubilee (Greene King) hit the spot and this wasn’t far from being my local back in the nineties so I know it’s a hit with walkers.

Last stop on my tour of the shires is near to Junction 5 of the M42 and the village of Knowle.  780 – Knowle Royal British Legion B93 9LU has recently had a refurb and the reopening ribbon was cut by no less a luminary than Lee Hendrie.

Luckily, I am happy to drink anywhere irrespective of their football links (!) and this is a big building set back on the main drag into the village.

I was there on a Saturday afternoon with my youngest and one of the rooms was packed with a grey pound do so we popped in the main bar with a bit of Sky Sports, a snooker table, a dartboard, a bloke reading the paper at the bar and another couple of punters deep in conversation.

No cask, so it as a pint of keg Atlantic Pale Ale (Sharp’s) and an opportunity to chill out and watch Jeff Stelling work his magic.

It’s a flat roof classic that Paul WME would admire and, competing in a very congested Knowle pub market, appears to be ticking along nicely.

Solihullshire, well worth a visit for pubs…just avoid the centre…