Credit to this blog post title goes to Matthew Lawrenson who came up with this play on words on my Twitter feed and I’m always happy to  share ideas!

You know the score.  You turn up at a new Micropub expecting it to be open as advertised but of course it isn’t.

Despite purporting to be open for 73 hours per week and 11 on a Saturday, the Crane & Wells Tap in the Market Place Kegworth was shut at around 3.30pm on a Saturday afternoon.

To be fair, most of Kegworth appeared to be shut so it probably thought it would follow suit as the centre of this suburb was like a ghost town; although it did mean I could ‘do an Alan’ and search the backstreets for some proper boozers.

I do remember way back in the distance someone mentioned in the comments section that Kegworth had a backstreet boozer that sold Bass from the jug which means it was likely to be either Martin, Ian or Mudgie or the beer doyen of Leicestershire, Mark.

It could well have been Paul of course, our resident West Midlands backstreet boozer expert who appears to have visited way more pubs in the East, South and North Midlands too.  However, a big shout to Den who, it has since emerged, is my new Kegworth correspondent!

The one thing Leicestershire appears to do better than most other counties is, backstreet boozers selling proper beer in proper old skool pubs and Kegworth is no exception.

However, with Neil now joining Duncan as resident cricket aficionado on this blog (well worth reading his Twitter feed) I stopped at the King George V Playing Field, home of Kegworth Town CC to see what was happening.

Basically, they were getting an absolute pummelling (131 run defeat by the end) at the hands of Kibworth in the Everards Leicestershire & Rutland Cricket League Premier Division (try saying that after a few pints of Tiger).

That defeat leaves them ninth in a 12 team Premier League so no doubt they will need some Bass from the jug before their next home game.

Mind you, whoever is in charge of marketing for Kegworth Imperial FC needs to brush up on their skill set after their opposition appeared to tail off into the distance.

However, luckily enough, as I walked about another 30 seconds I found 432 – Cap And Stocking DE74 2FF tucked away on Borough Street in-between lots of chimney pots… 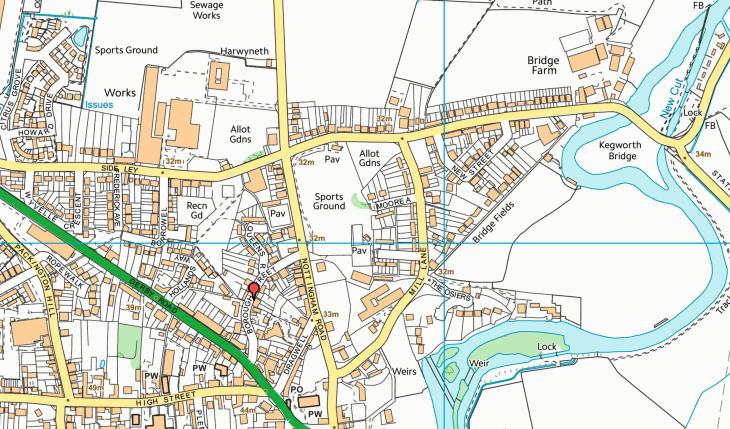 However, I know how Russ likes a map so here is Kegworth in all its glory just off the M1 in that zone of Derby postcode, feels like it should be in Nottingham but is actually in Leicester – a less impressive version of Castle Donington if you like. 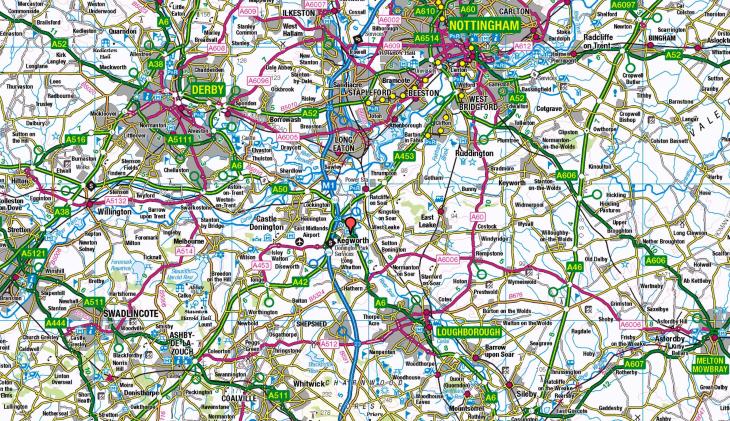 But this pub is up there with the likes of the Jolly Potters in Donington although didn’t quite have the World Cup atmosphere to match on this occasion. 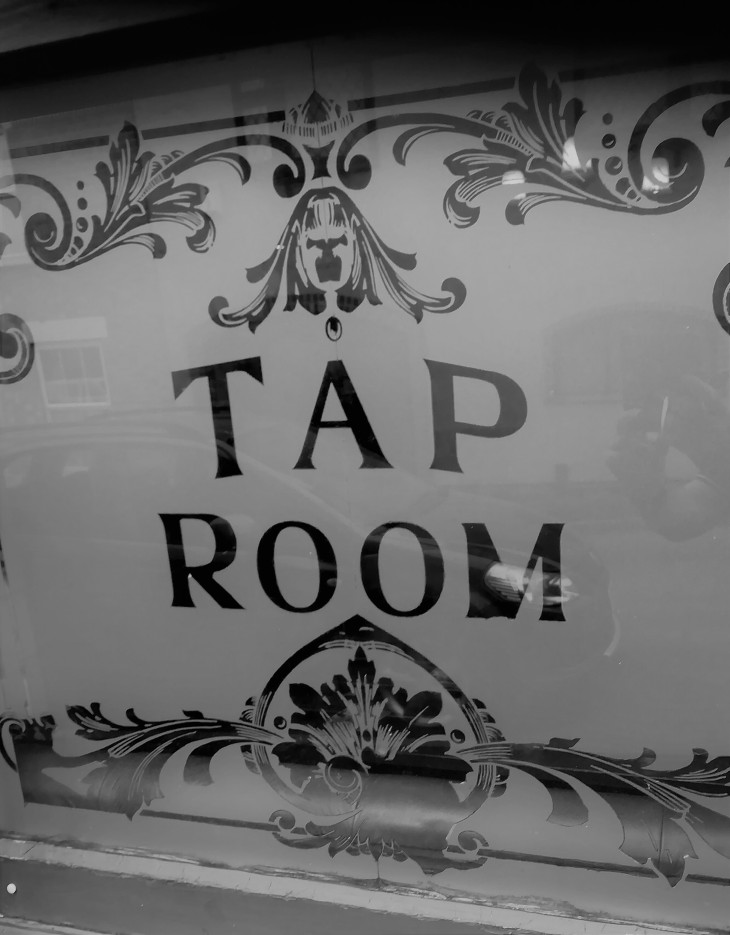 According to Whatpub it is so named because Borough Road used to be called Cap and Stocking Lane and has a petanque court out the back in its beer garden.

I didn’t clock that as I stayed inside but I reckon Mark can vouch for it.  However, I thought I’d suss out the Bass and the barman disappeared behind this door….

…and then reappeared with a jugful of Wolverhampton’s Burton’s finest and a decent drop it was too. 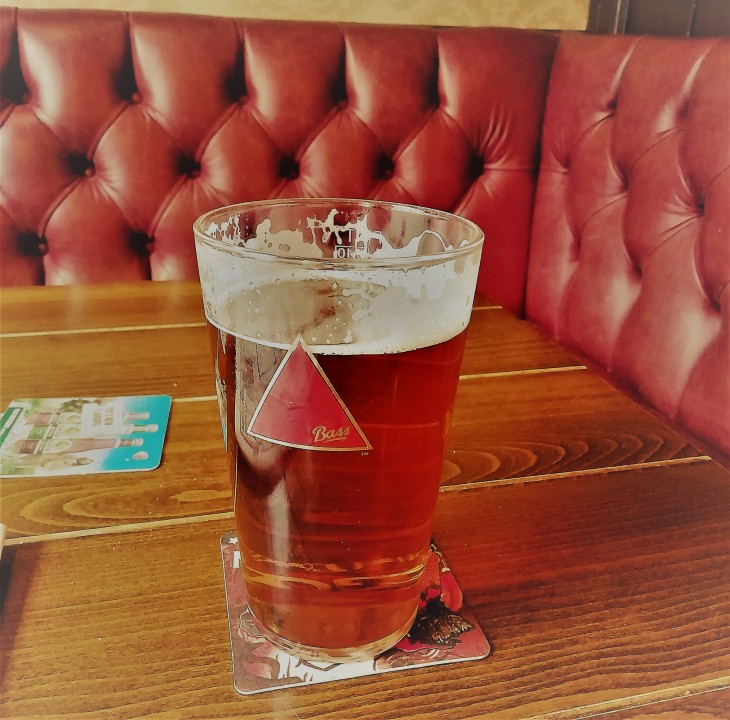 a smorgasbord of Scotch Egg offerings…

and just me, the barman and an old boy for company until a young lad arrived and peppered the fruit machine

I suspect this place gets quite lively as there are plenty of punters in close proximity, but it did appear as though most of Kegworth was having the day off. 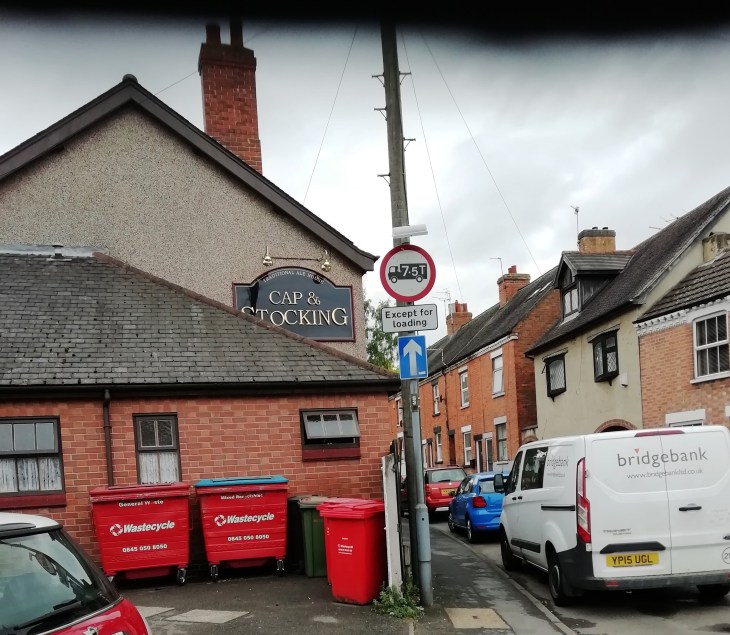 This is definitely one of a dying breed of pub and the phrase “use it or lose it” springs to mind as some things, such as backstreet boozers, are worth preserving

14 thoughts on “Caskworth Not Kegworth”