After a break from the norm it is back to solid boozers and a short post about a trip to a village almost equidistant between Solihull and Coventry.

However, Balsall Common is one of those villages/towns that falls under the radar but has a few decent boozers despite being a well-kept secret outside of the West Midlands.

I say secret but it’s almost undercover as its landmarks are noted by the adjacent tiny hamlet known as Berkswell.

It’s one of those quirks that the train station is called Berkswell even though it’s in Balsall Common as are the high flying Birmingham and District Premier League cricket team (Berkswell CC) who are captained by former Warwickshire man Dominic Ostler.

I’ve not tried their social club yet to see if it rivals the belter at Knowle & Dorridge but there some decent boozers in the village (probably a town these days) and none more so than 268 – Ye Olde Saracen’s Head CV7 7AS.

It’s slightly out of the centre on the road to Knowle (highlighted nicely on the map at the top of the post) but still has enough chimney pots in close proximity to survive and is primarily food based but still has a decent sized drinking area by the bar.

(the sheep isn’t real…just in case you were wondering) 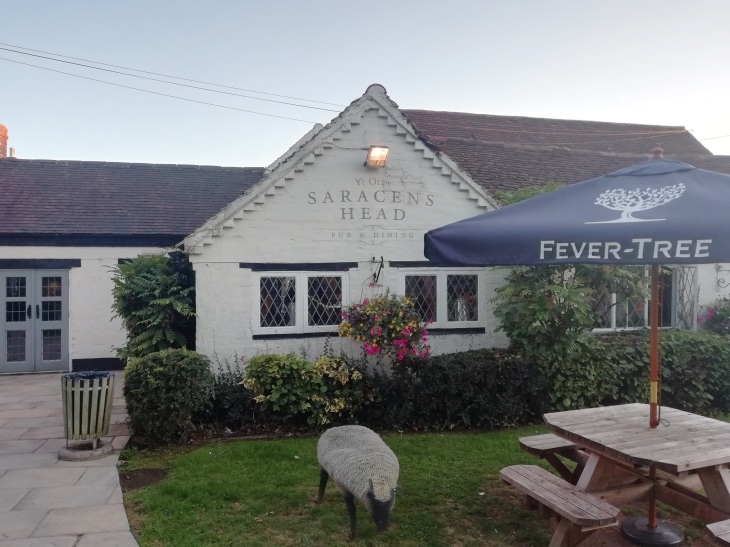 It’s a real blast from the past for me as I lived here for the best part of a decade and I brought my eldest daughter here to roll back the years.

Everything about this bar oozes relaxing atmosphere and with a Jamiroquai soundtrack in the background I kind of expected the Fast Show character based loosely on Bob Harris to appear and say “nice” at any time. 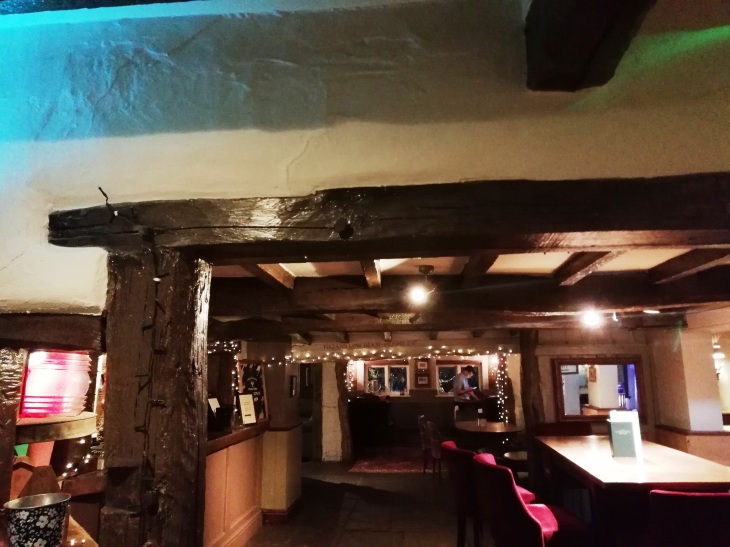 …possessing a good smoking/drinking/dining area outside.

As Rich knows, any Marston’s house has a global selection of beers… 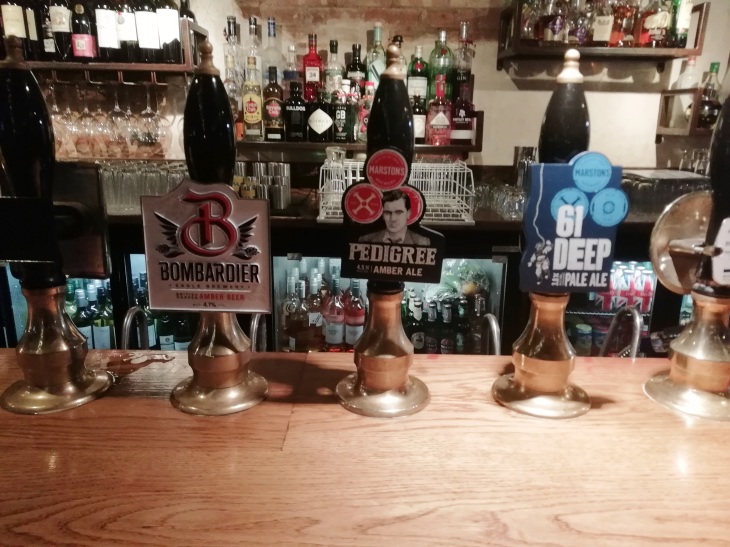 There were cask options but, in this weather, I sometimes fancy a colder option and this did the trick whilst my daughter enjoyed a very decent bowl of chips!

This is all about low lights, cosy corners, snugs and is a fantastic building dating back from the 16th Century…

…that has been refurbished by Marston’s in their Revere Pub Co guise, but it is a place that is attracting enough punters from Balsall Common and its surrounding hamlets to ensure it’s a welcome site after a couple of miles of farmland/nothing on the B4101 from Knowle.

Trevor Francis, Robbie Keane and John Sillett have all lived here in the past and I think the residents are quite happy that it is still relatively under the radar as it means they can enjoy boozers such as this all to themselves.

14 thoughts on “So Where Exactly Is Balsall Common?”