I love a good news story and a community run pub by locals is always great to hear.  217 – The White Lion LE12 6RH had fallen into disrepair when a group of four locals put in a bid for the boozer to keep it alive.

It’s a nice part of the world and the pub itself dates back to the 13th Century and finally reopened in December 2016 after a refurbishment and has an ACV attached to it.

Inside, it is a classic one-roomed village local and was packed to the rafters when I visited at around 4.30 on a Sunday with the beer garden outside equally full. 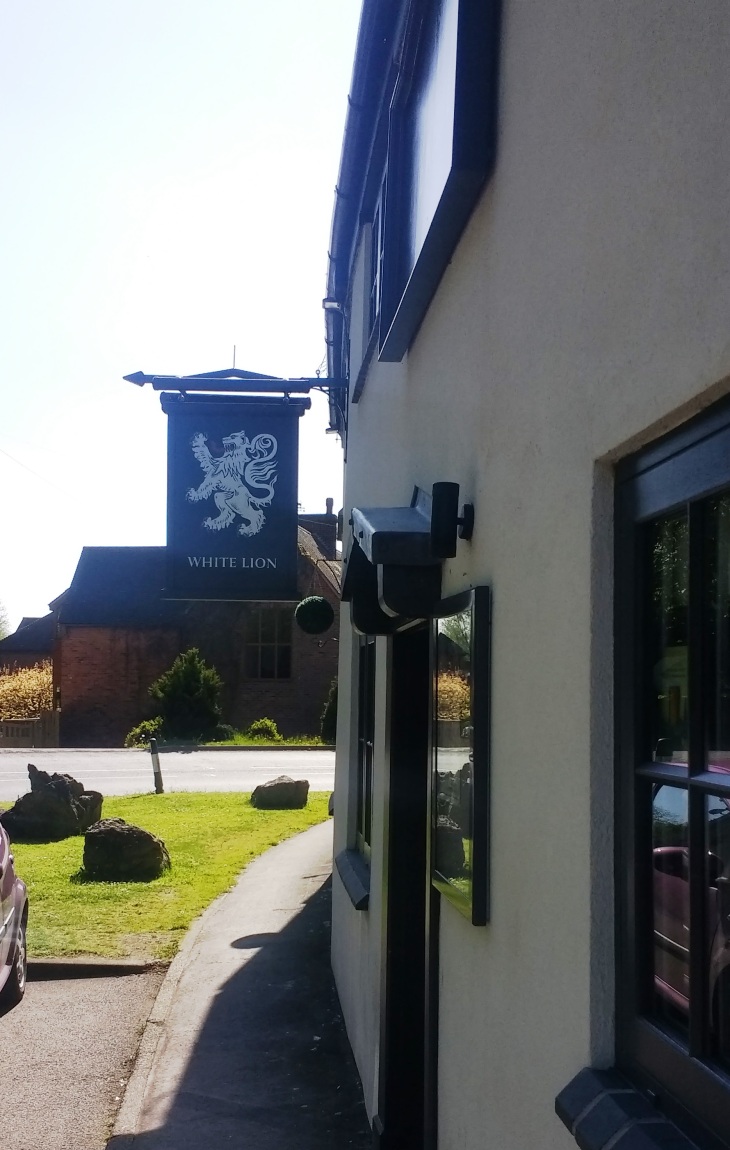 If you look at the whatpub notes then it says it has no intention of becoming a gastropub and that was clear when I arrived.

However, it’s a quintessential British village with houses like this next to the boozer… 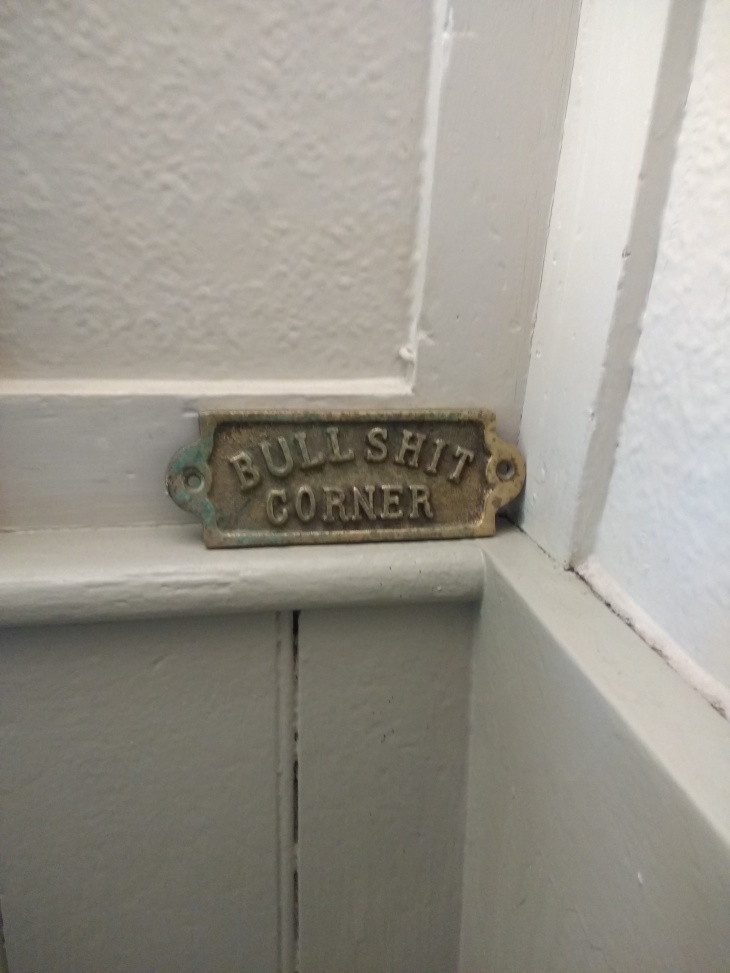 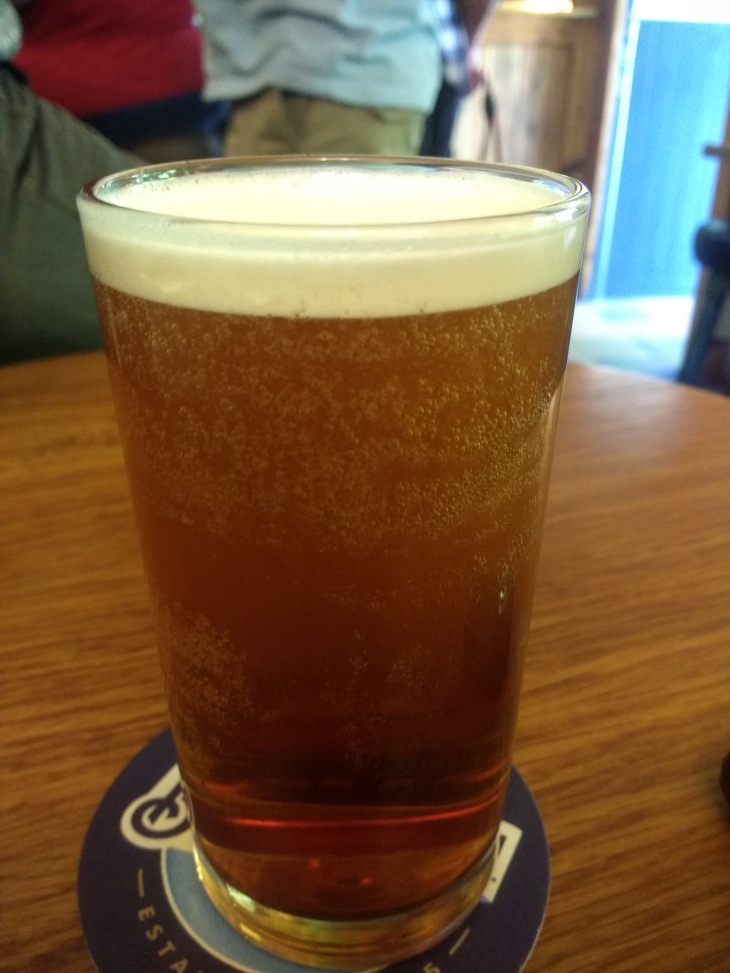 And is one of those places that you think should be in Leicestershire or Derbyshire but is actually in Nottinghamshire….

…and I thought I should emphasise again that it sells Bass! 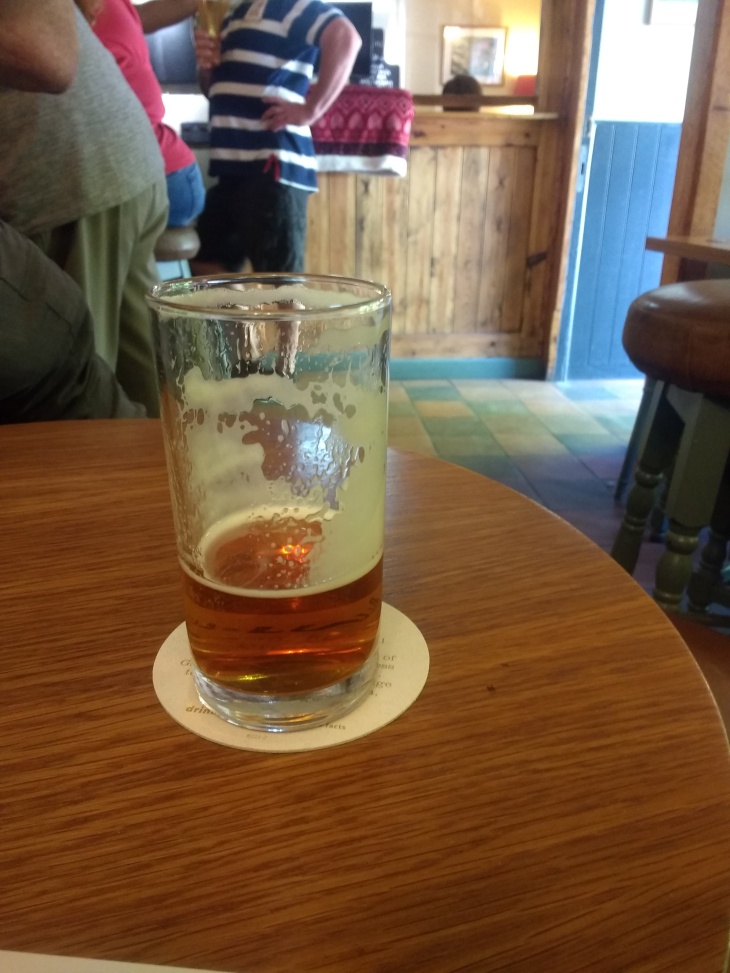 The atmosphere was cracking when I arrived and an apologetic bloke at the bar had a greyhound and was like Ronnie Corbett in Sorry as he continually apologised for his dog being Britain’s best bar blocker.

Nonetheless, he was very polite and the whole pub felt like a drinker’s place, run by locals and everyone knew each other.

However, in amongst the chilled atmosphere there was a lad who was supremely chilled, rolling his own fags, and who had a visit from some other lads (all three were Brummies – a long way from home) and exchanged some cash before the other two lads left and he went back to his zoned out approach on the phone.

There were quite a few stares of consternation from the locals but it was the most trouble free pub you could imagine so the young Brummie went about his business (all legal I hasten to add) and the good people of Rempstone carried on drinking in the sun.

It’s great to hear of a community who have galvanised themselves and saved a pub that is clearly the focal (only) point of the village.

I reckon it might be a GBG contender in future years (it also sold Charnwood beer Rich) and is a success story in an era when boozers are biting the dust.  As Wolfie Smith once said…”Power To The People”