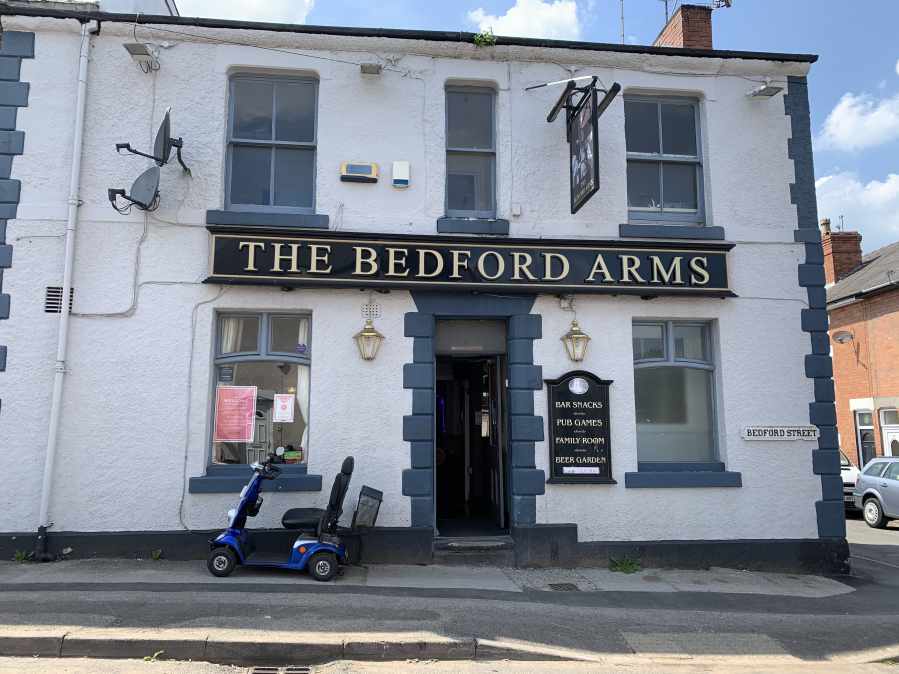 From Shirley to Horsefair and now on to California, I know how to treat the readership of this blog to glamorous locations.

However, before Dick, Dave and Russ get too excited about a move across the pond, I am referring to the California region of Derby.

What do you mean, you haven’t heard of it?  I don’t care how hip and happening California is with the Red Hot Chilli Peppers or the Dead Kennedys, they definitely won’t have a pub to rival the 638 – The Bedford Arms DE22 3PB of that I am certain.

But before I reveal a backstreet gem tucked away on the outskirts of Derby city centre amongst oodles of chimney pots, I can’t miss the chance to wax lyrical about the Dead Kennedys debut single (it’s what Si and Duncan would want and I must appease fellow bloggers).

California Uber Alles is a snarling, menacing punk track where Jello Biafra rages against Californian Governor Jerry Brown and what they perceived as his fascist version of USA.

To be fair to the Dead Kennedys, they even make their classic ditty “Too Drunk To F***” sound menacing so a rant against authority wasn’t too difficult to demonstrate a bit of angst and bile.

However, when I saw the doors being opened at just after 2pm on a Thursday in Britain’s version of California, there was just a sense of history oozing out of a pub.

And of course, as Dave knows, we are far more pukka this side of the pond and we have no reason to be angry so all of our pubs are welcoming unlike those scary USA bars and their Budweiser slugging hooligans.

Whilst I am sure the landlady of The Bedford Arms would definitely take no prisoners if someone took liberties, she was massively welcoming and chatty about her boozer in the Victorian backstreets of Derby.

Derby does have a cosmopolitan feel to it with its suburbs as I’ve already been to a classic New Zealand Arms in, you’ve guessed it, New Zealand.

California apparently appeared on local maps in the 1880s with rumours it is derived from the Californian Gold Rush of 1849.

Enough of this history and on to the present where I managed to spot that this place is a four-roomer traditional pub, the kind they just don’t make anymore.

as the gaffer went around turning on the jukebox, fruit machines, Sky Sports and all other electronic gizmos she was chatty and worried about the future of pubs.

She thought that a lot of punters had got used to saving money during lockdown and spending it on things other than going to the boozer but hoped she was going to be proved wrong.

It is my duty to #savepubs so I thought I’d alleviate the pressure by ordering a pint of keg Mansfield Smooth, which I’ve not seen for years, but was actually very good indeed.

The conversation carried on and she told me about the four pool teams at the boozer, which helps trade, and the fact she had been playing since she was 16 .

It was well kept and tidy with a pool room, lounge, bar and smart beer garden…it was a bit of a Tardis inside really when you look where it is situated.

A great pub and just to prove its credentials a mobility scooter was parked outside as I left and I really hope the gaffer is proved wrong and punters flock to the Bedford Arms.